My First Day at College 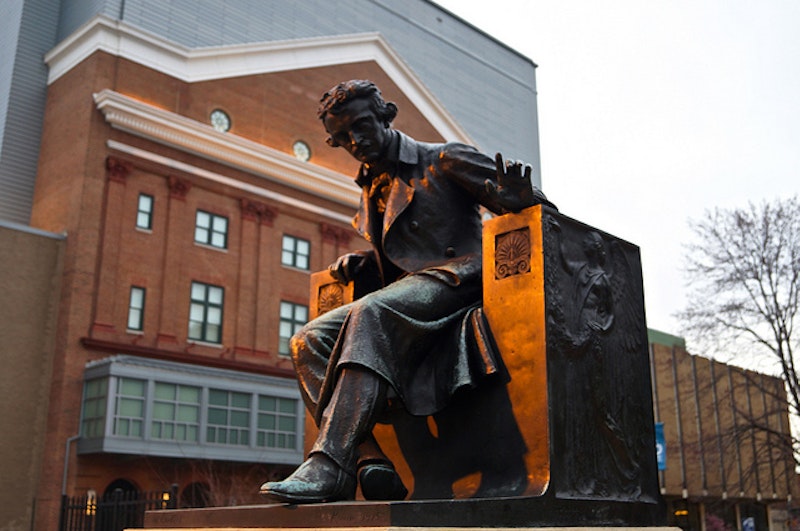 I graduated from high school in 2012 without any college plans. I’d done my research and found it absurd that the prices have nearly tripled in the past few decades. Regardless of the changing economy, I couldn’t justify taking out loans for $47,000 to go to Reed College in Portland Oregon, my top choice. It depressed me to visit their campus with the price tag rattling around in my head.

I spent the next few years convincing myself that college wasn’t just out of the question, but unnecessary for success. I disregarded statistics and discussions about the importance of having at least a bachelor’s degree. I hoped that journalism was still a worthwhile career choice, picturing myself in a cubicle at a newspaper, my longtime dream job. I worked several dead-end positions in the restaurant and hospitality businesses, suffering egomaniacal managers who lived for making the lives of their underpaid employees difficult. The only enjoyable gig I had was on a sailboat last summer, which felt like more of a vacation than a job.

Finally, I acknowledged the correlation between no degree and my lack of money and a professional life. I started applying to schools. It was difficult letting go of my pride to understand that state universities offer a comparable education to private colleges. I considered applying to a few, Loyola and Goucher, but found the former too Jesuit and the latter far too expensive.  University of Maryland has a good journalism program but the student population is sprawling, I felt claustrophobic even considering sitting in a lecture hall with hundreds of other people. UMBC was the same way, and I wasn’t particularly drawn to Towson University. I settled on a lesser-known school, University of Baltimore. They only offered graduate degrees until a few years ago, and their undergraduate population is a mere 3,000. Their classes never exceed about 30 students. I was impressed by their professors and the digital communications program. I applied and got in.

Yesterday was my first day and it flew by. I haven’t taken a math class in six years, so I found my non-credit pre-algebra difficult, but UB has a great tutoring program. The campus is within walking distance of my apartment and navigating it was relatively easy. The students I met were all friendly and still chipper after a long winter break. I talked to almost all my professors and they were enthusiastic about my returning to academia. I am too. It won’t be easy, but it beats waitressing.