Discrimination in universities will flourish. 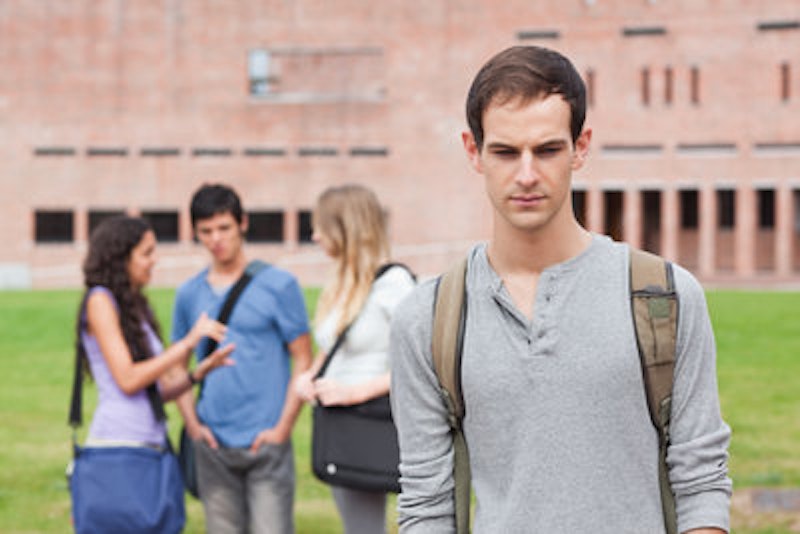 College saved my life. Before then, I was an angry boy in the closet who had no grasp that the world is wide and people can be kind. During my four years I finally accepted myself by being surrounded by a group of peers who were open-minded and willing to love me for who I was. Almost everyone I’d spoken to while on campus had an enlightened view of the world, and were willing to appreciate the differences of their fellow students. Perhaps I lived in a bubble, which is why the news of Missouri State Rep. Elijah Haahr proposing a bill which would allow student organizations to discriminate against people’s sexual orientation has left me scratching my head.

Maybe I was wrong, but don’t people leave college more educated? The bill proposed would prohibit universities from “burdening” any religious organization by denying it recognition based on its beliefs and practices. In summation, student organizations would be allowed the right to deny member participation based on sexual orientation. Almost all universities of merit have strict guidelines for organizations that receive funding from the school, including one that says there should be no discrimination over who is allowed to participate. The most disturbing part is that it would allow bigotry to run unchecked throughout the student body in an organized way. It would allow student organizations to create a hierarchy over who should be treated with respect, and which students should be ostracized.

Why any religion has trouble accepting the fact that queer people are, in fact, human and not conduits for Satan is beyond me. During my first year of college I didn’t have many friends, so I found solace in attending Bible studies that a close friend from high school would organize. I may not have found comfort in the word of God, but I liked being around people my age; people who wanted to have intellectual debates and talk about issues in constructive ways. Even though I knew they might not fundamentally accept my homosexuality, I was never in fear that I’d be cast out for my differences. The bill that Haahr is proposing would mean that college students like me, trying to find their way, would find another door closed on them.

I’m not sure how it would be legal to dictate to universities how they’re able to allocate their money when they’re supposed to represent their entire student body in a non-discriminatory way, but I digress. I have an idea for Haahr: instead of battling to have student’s religious rights infringed upon; why not teach them that you can be religious, not hang with gay people, but still not be an asshole about it.

According to ThinkProgress.com, “The fate of Missouri’s bill remains unclear, but both chambers of the legislature are Republican-controlled.” I can’t say what will come of bills like this, but in the past Christian organizations such as InterVarsity have found themselves in hot water for deterring queer participants to run for positions of power and have been blocked by their universities. It may be idealistic but even discussing these bills seems like a step back for what college has always represented: a forum where individuality can be explored without backlash, where ideas about who we are can be expanded. During my four years of college I saw a growth in my friends and I, in both mind and spirit. No longer were we sheltered by the opinions of our parents, or exposed to a tiny group of peers who never challenged the way we thought. For the first time, we were analyzing our lives in a way that made us feel like different was exciting and innovative. I started college hating my homosexual self, and left feeling like I had opened up my world to people who were kind. My heart is heavy for all the young minds who may feel like college is the chance for them to break free, who may be suppressed by proposed bills like this one.