Conservative Students are Screwed at Most Colleges

Protesting coddling and “safe spaces” is not allowed. 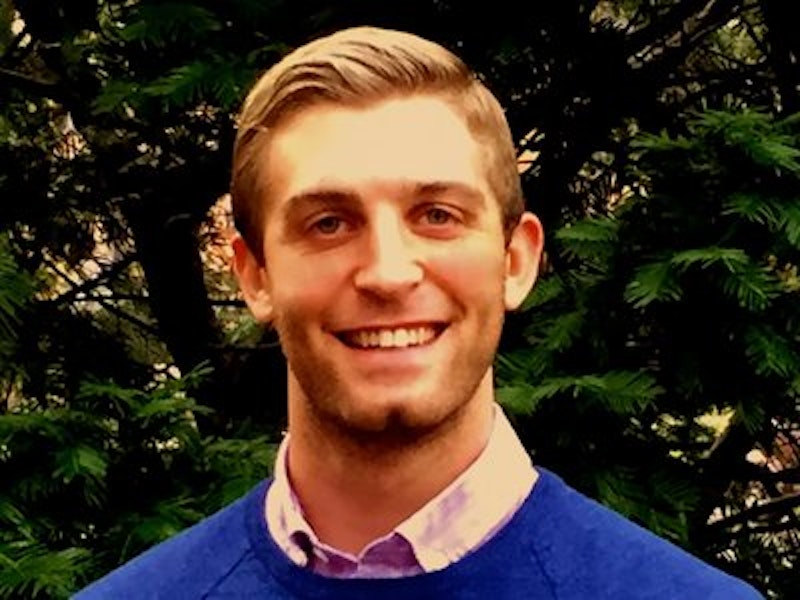 These are challenging times for conservative students on American college campuses, as Steven Glick can attest to. Glick, editor-in-chief of student publication The Claremont Independent, resigned from his writing instructor's job at Pomona College’s Writing Center on Feb. 28, claiming the Center's left-leaning staff continually harassed him over his political views. Glick fell out of favor with the Writing Center's staff for writing articles opposing the segregation of safe spaces excluding whites, language policing, and identify politics, but the final straw was when one of its staffers told him that his writing for the Independent was interfering with efforts to make the Writing Center a "safe space."

Safe spaces for minority students, where no whites are allowed to go, have popped up on campuses, and Glick wrote an article protesting what he sees as a discriminatory and divisive practice. The article mentioned a "POC" art show in December that was advertised on the event's website: "This show’s intent is to create a space that is pro-POC, pro-black, and anti-white supremacist. While you may want to invite a white friend or ally, to make this a safe and comfortable space for other POC, we ask that you do not.”

Another Writing Center staffer gave Glick some literature on identity politics, and he learned that teaching English to non-native English speakers is an attack on free speech, and that capitalism is racist, but was unable to find any link between such left-wing philosophizing and his job at the Writing Center. When asked what role identity politics should play in the Writing Center’s mission, Glick apparently didn't give the right answer, as he was placed on probation the next day. It's surprising he wasn't asked to submit a Soviet-style statement of self-criticism.

Many institutions of higher learning are convinced that they exist to provide a home away from home for their fragile students, a point Yale's infamous "Shrieking Girl" spectacularly made to the poor professor forced to listen to the privileged student's high decibel harangue. Today's students, brought up in comfortable homes, are demanding that their colleges continue providing the comforts of home. Forget about the quaint idea that college is supposed to be a place where students are exposed a wide range of experiences and ideas, because this concept, by its very nature, can cause someone to feel "unsafe."

It’d be interesting to see what Martin Luther King Jr. would say about this modern form of segregation that's pushed by "well-intentioned" liberals, when he fought specifically to end segregation. I wonder if he'd question whether the students demanding these exclusive safe spaces had ever experienced real oppression, when they're attending a school costing $63,000 per year, as Pomona does. I'm also curious what civil rights leader and current congressman John Lewis thinks of this delicate generation, after he took beating after beating in the 1960s to end segregation. I bet, when behind closed doors, he calls them wimps.

According to Pomona's stats for 2015, whites make up 47 percent of the undergrad population. This makes non-whites the majority, and yet the majority is excluding another group from art shows and other events, even the non-oppressive ones who are "allies" and want to support people of color are excluded so the group can feel "safe." Ironically, Claremont Colleges' guidelines (Pomona is one of five colleges in the Claremont Colleges consortium) forbid organizations associated with the colleges to deny membership based on sex, race, religion, national origin, ancestry, creed, sexual orientation or physical, mental, emotional or learning disability, but this is exactly what their school administrators are institutionalizing on their own campuses now.

Ostensibly, college prepares students for adult life. How can anyone make a case that coddling students to keep them feeling "safe" is a responsible way to carry out such a duty? They won't be getting any safe spaces where whites can't enter after graduation, so it's possible to make a case that colleges are irresponsible. And what if the safe spaces don't end up making the students feel safe enough? What do they then demand? Segregated classes?

American Universities are bastions of liberalism. Unless you're at a Hillsdale College or a Liberty University, you're going to experience some discomfort as a conservative. Now that the left has taken a regressive turn and is no longer standing up for free speech or opposing all segregation, the situation on the American campus is deteriorating rapidly. Steven Glick is a bright kid with a love for writing, but his politics aren't "correct," so the virtuous progressives at the Writing Center harassed him until he left.