Can the Pandemic Change College For Good?

Bringing back colleges in the fall will only make things worse. 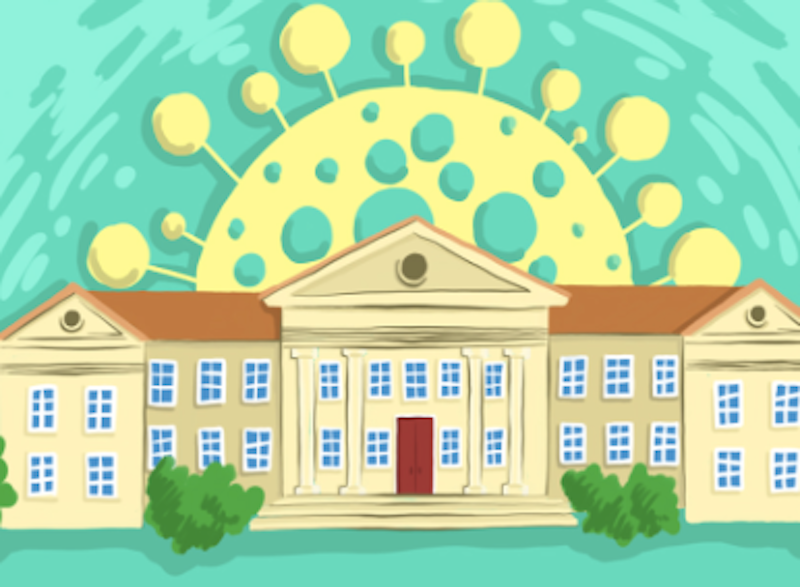 Usually, college starts at some point in the next month in the United States, but this year? Maybe in some places, but that’s a horrible idea and if it does, it would be yet another example of the cluelessness shown by government officials and supposed experts during the pandemic.

The virus has killed over 150,000 Americans and many states have record death totals coming in since reopening their states. I feel bad for people who’ve lost their jobs but in some places the systems in place simply aren’t working. Some refuse to wear masks. Others lack basic hygienic standards. And some think it’s a hoax. Bringing back colleges in the fall will only make it worse.

Take Boston and Cambridge for example. Tens of thousands of people will come from across the country, and the globe, to go to schools in these two cities. They live off-campus and commute using public transit—which is like massive protests/riots in the sense that it doesn’t spread coronavirus, unlike Trump rallies and Christian church services. The extra people not only crowd certain parts of the city but can come from places with bad cases of the virus since the quarantine laws are likely unenforceable and tests aren’t 100 percent accurate.

A state like Florida is concerning, but so is the mass influx of international students, including Chinese students, who attend schools on F-1 and J-1 visas. Many of them are part of the reason why coronavirus is in the country in the first place. Although the international BioGen conference in Boston was Massachusetts’s super-spreader, the first documented case of the virus in the state was a UMass Boston student who traveled back home to China over winter break. Many of the first cases of the virus in the country came from these international college students—despite many flaws with the visa programs they use.

And it’s not as if China is the only country with coronavirus. A global travel ban starting in February would’ve been smart, but the cries of xenophobia would’ve been deafening. There are other reasons to oppose the F-1 and J-1 visa programs. A few: espionage, educating the potential future leaders of one of our biggest geopolitical threats, displacing Americans, and big business’ love affair with payroll tax exemptions (7.65 percent for employers, 7.65 percent for employees).

China aside, does anyone trust college students to be responsible? I know a lot of them want to blame Trump, but how careful are college students about binge drinking, drug consumption, hooking up with strangers, and other degenerate activities? Will people stop now that there’s a pandemic? Not everyone. Colleges are talking about having fans in attendance at their football games—as if anyone should be playing football right now.

The pandemic presents an opportunity to completely overhaul the higher education system in the United States: and create universal public college for U.S. citizens. It’s a chance to cut non-revenue college sports for good, lower overhead costs by teaching online, and have thousands of students viewing the same pre-recorded lecture or prepared material (slideshows, readings, audio presentations, etc). You can already watch entire semesters of MIT courses online, so this should be easy for a UMass Boston or a Massasoit Community College. And if we’re evaluating what’s essential in the world and what’s not, general education and elective requirements should go.

I think the $558 million in state appropriations that the UMass system receives already is more than enough to create a free public college option online (they also get more for research).  However, there was a great Democratic proposal in 2018 to start taxing college endowments exceeding $1 billion at a rate of 1.6 percent. That’d raise over $1 billion annually for my state, and far less in other states. Plus, the federal government spends about $30 billion on Pell Grants, and there's about another $40 billion available by ending work-study grants, and ending tax breaks including the American Opportunity Credit Act, according to WBUR. Additionally, I proposed an idea last year where bright high school students start taking college classes to save their school districts money because some high schools spend far more per student than community colleges.

Even Bernie Sanders’ inefficient plan was set to cost the federal government about $75 billion per year, so there’s likely an opportunity to save money if done correctly—and cover trade schools (occupational licensing still needs massive reformation though). Why is this relevant? Because many argue that foreign college students subsidize schools by paying full tuition. It’s a fair point, but private schools are ridiculously expensive. Coronavirus deaths and student loan debt are already enormous problems in this country. I’m waiting for someone to address both problems at the same time.