The other price of re-opening live. 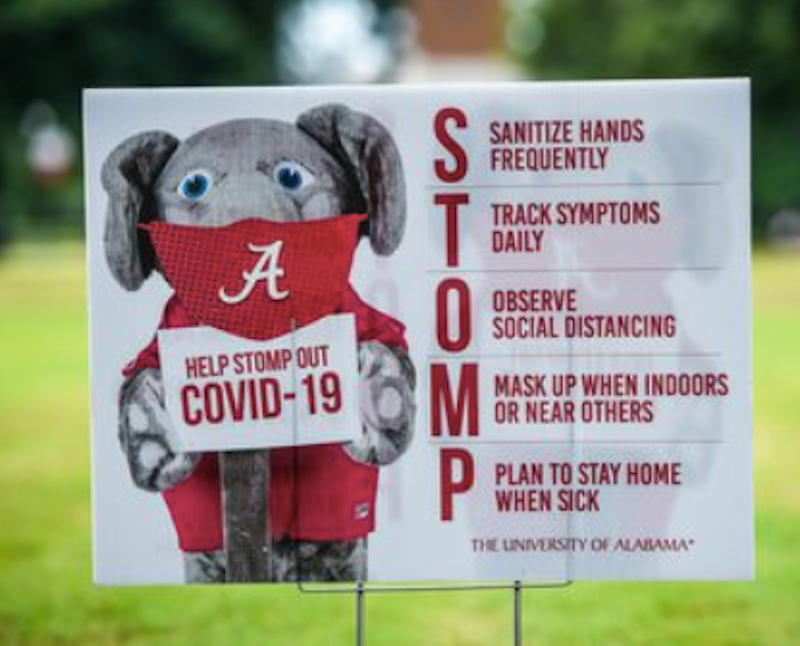 As 1000 students test positive at the University of Alabama, with myriad collegiate outbreaks elsewhere, it’s obvious that colleges shouldn’t have re-opened for in-person instruction. Schools face the dilemma of whether to become a sort of cruise ship, leper colony or whether to send students home to re-disperse the virus across the region, the nation, and the world.

As colleges made the decision to re-open—live on campus, at distance, or in a "hybrid" mode between the two—they obsessively addressed the health concerns and "followed the science." The questions were about practical matters of social distancing, testing, what to do in the case of small breakouts, how to adapt classroom and living facilities, whether to end before Thanksgiving, given the expectation of a renewed outbreak during the winter.

They evidently didn’t take fully into account what the decision to re-open live, accompanied of necessity by regulations to be enforced on students with regard to mask wearing, social gatherings, quarantines, and the like, would do to the institutional and interpersonal atmosphere on campus, and how that, in turn, would affect the relation of the college to the people it is supposedly there to nurture, encourage, and serve.

I can understand what the administrators at Cornell, or UNC, or Notre Dame, were thinking; the process was entirely rational. If we’re going to make this work, we're going to need everyone to adhere to a strict set of procedures. Otherwise we put everyone's health at risk; "lives are at stake." The semester of live instruction, and to some extent the financial viability of the institution going forward (imagine the potential loss of tuition revenue and the lawsuits if we screw this up) depend on doing this almost perfectly. That obliges us to enforce the rules in cases where students don’t abide by them voluntarily.

As is often pointed out, a strict adherence to social distancing is difficult to imagine among college-age people living in proximity. And as soon as the compliance starts to disintegrate, the institution is obliged by its own declarations to turn against its own people. What this feels like can be experienced in this letter from Vice Chancellor J. Michael Haynie to Syracuse University's students, filled with ridicule and threats. "A full investigation of last night’s incident is underway. The Department of Public Safety is reviewing security camera video from the Quad, and individuals that can be identified will be immediately referred to the student conduct process." Many colleges have resorted to mass suspensions.

And these colleges are not only turning against their students, they’re turning their students against one another. At Cornell, for example, 2000 students signed a petition calling the expulsion of one of their number, Jessica Zhang. Zhang, a freshman, is described as a star of TikTok, where apparently she cavorted mask-less (for which she has since apologized). “The people who you wouldn’t expect to snitch will snitch,” said a freshman on who signed the petition. “It’s kind of the culture that we need to have around. You need to hold everyone accountable.”

("Accountability" is the word of 2020; everyone supports it in every case, except their own. Moral accountancy is a solid career choice for today's idealistic youngsters.)

Whether you think snitching on your perhaps-insufficiently-masked classmates for hooking up or gathering for beers is the right thing to do or not, those of us who work at colleges have to ponder what that does to the relationships between students, and whether this is, in fact "the culture that we need to have around." At every event, some students will be scanning for violators, some for informants. A student's relationship with a classmate who she suspects sent her into a disciplinary hearing or denounced her on social media, with a photograph, is just not going to be fully collegial.

And no one is liable to be absorbing much "course content" as they look sidelong at one another while administrators shoot video. As to the raw economics, if you turn students against your school, they and their fee payments may not return. After enduring a suspension or other discipline, they're not likely to respond to the fundraising letter you send them in 2040 with maximum enthusiasm.

When they made their re-opening decisions, administrations might’ve wondered what this semester of live instruction would oblige them to become, namely a police force. They needed to ask themselves whether they could do that effectively, and whether, as educators, they wanted to. Also, they might’ve thought more about how good a campus of snitches holding one another accountable is for morale. They can’t follow the science on that one.