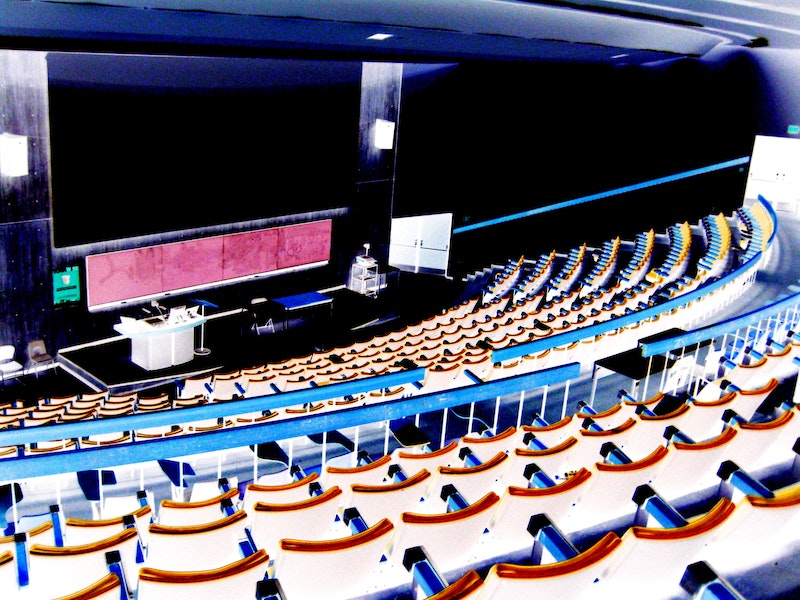 School’s never coming back. Every level of education is facing a possible meat grinder simply because “people have to go to school.” Reasons given scan the spectrum: from unfortunately urgent, like the lack of food and supervision for underprivileged children; to the annoying and technical, as with college and post-grad students caught between credits and carefully laid plains; to the reason I'm interested in—“because we can’t just not send kids to school.” Public and private K-12 education in America is inhumane and horribly outdated, an ossified system that mangles minds and resists reform.

It’s usually a race to the bottom, doubtless encouraged by our country’s contempt for teachers. They’re underpaid and overworked for a reason: even teachers that don’t use textbooks as bibles generally draw from the same curriculum—you will not learn about the 1985 M.O.V.E. bombing by the FBI, or Operation Paperclip, or even Juneteenth in a typical American high school. All of those events should be common knowledge.

The school is fetishized by people who correctly view it as a social territory more than anything to do with education. It’s a place to meet and compete. If you graduate from a private high school in America, there’s really no point in going to college unless you’re specializing. It’s just “something you do.” Why? Because it’s “always been that way”? Have diplomas always cost $200,000? Any deviation from the basic “life path” of an American can be disturbing for them but particularly those around them.

An acceptance letter and a diploma are status symbols to be flaunted by the parents as much as the kids themselves. Parents are as manipulative and abusive as stage families when dealing with college, because your choice reflects on them one way or another. Stuck in a perpetual Pax Americana mindset, our parents can’t face the reality that the American Empire is over and we’re sliding down the ladder into the Second World.

This is obvious not only in the monster lines for unemployment, food stamps and voting, but more in the ostrich attitude of almost everyone in charge right now. Trump and other corona-denialists aside, the CDC and Anthony Fauci—to name a couple—can barely keep their stories straight. I’d be more reassured if there were some sick Strangelovian figure orchestrating the slow end of the world right now, but all I see is people shrugging their shoulders, giving up, and shoving their fingers knuckle-deep in their ears.

I was relieved to hear nearby Johns Hopkins won’t have in-person classes this fall, switching to an entirely virtual semester, and “urging students not to return to Baltimore.” The last thing this city needs is thousands of rich teens from all over the world coming to live, learn, and rape within a two-mile radius. I won’t miss their lingering juices or yapping in University Market, nor the frat parties on 33rd St. that only ever served as trauma factories for all involved. It’s best that parties of all kinds are shut down due to the pandemic—it’s best that we party less. People have too much fun as it is.

I read Benjamin Nugent’s recent story collection Fraternity, but barely remember anything about it. More one foot in, one foot out satire that has no teeth and ultimately expresses a love and an attachment to the poison ideas of the fraternity society and college culture in general. It’s a place of remorseless punishment and negligence, a system carried over through generations until it has served its purpose and become an actively detrimental part of our society. “Elite education” must end immediately. It’s a massive money-laundering scheme based on the exploitation of status anxiety in the upper middle class, vanishing quickly too. I dropped out of an art school five days in because the price tag was enormous and amounted to nothing (and you can get most of your money back if you drop out early enough). A Film/Video degree from a school on the east coast means nothing, unless you grew up isolated from any artistic community. That's who college is for, that's why it's necessary. But it's not for everyone. Too many people aren't ready to accept that yet. It’s not enough to be an autodidact and a kind, considerate person—this must be notarized and approved by a diploma or a check.

What’s so obscene about the vampiric nature of elite education is how underserved it leaves almost everyone else, which is of course by design—business has an incentive to keep otherwise copacetic people divided to ensure that they never organize or unite behind a common cause. Always beware of “corporate activism,” a nonsensical phrase, which stresses that “BLACK LIVES MATTER,” while ignoring the civil rights movement’s most radical and vital exponents, like Kwame Toure (who major league asshole and world criminal Bill Clinton off-handedly insulted at John Lewis’ memorial service), or how “All Cops Are Bastards” has been ignored as a slogan, and how “Abolish the Police” was quickly amended to “De-fund the police,” an impotent demand, surely to be diluted further.

These ad campaigns and brand reversals were designed and engineered by people who “went to the right schools” and “did the work.” They are the product of this sick elite education system in America that’s still fetishized even by the people who felt alienated and alone inside of it. There’s nothing left for elite colleges to do but close until further notice—they owe reparations to students who paid obscene rates for tuition only to end up jobless and in debt for the rest of their lives. These institutions aren’t only raping the world of material resources, they’re putting morons in power who don’t know how or want to change anything in the world.

I welcome the virtual fall semester.