The Truth About College Admissions Scandals

College isn’t about letting the best kids into schools. 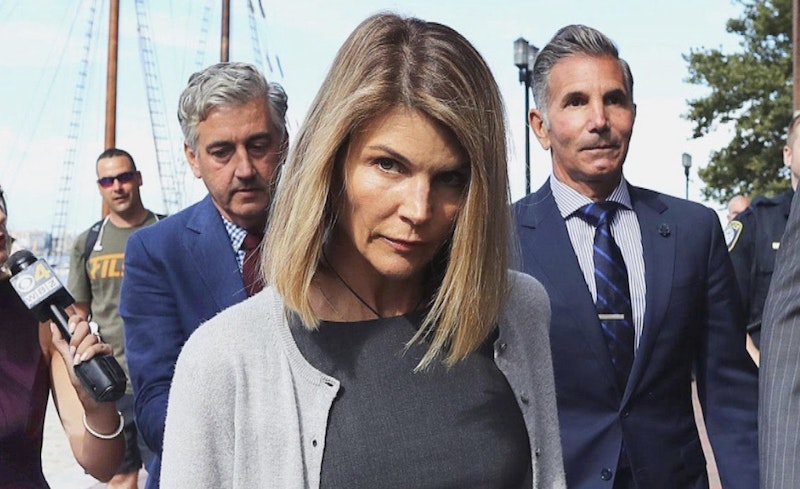 For those oblivious to the way the higher education system works in the United States, the Lori Loughlin’s college admissions scandal just gave you a good look at it. Loughlin will receive a two-month prison sentence for her involvement while her husband will receive a five-month sentence. As someone who despises Hollywood, I don’t care if they go to prison or not. But what’s worth noting is the sheer stupidity of the case.

Loughlin and her husband paid $500,000 to get their daughters into the University of Southern California as fake college athlete recruits. The idea was that they got into the college as members of the crew team (rowing). That on its face is ridiculous. There’s no good reason for a public college to have a crew team or any team that doesn’t make money. At the Div. 1 level especially, it’s ridiculous to provide scholarships as if that’s somehow based on merit. It has nothing to do with education, and it drives up the cost of school for everyone else—and costs taxpayers. I’ve noted before that college athletics, for the most part, is a waste of money. It’s also a way for people with lower academic credentials to get into colleges, as The Washington Post points out.

Legacy admissions are still prevalent at the most selective schools in the country; it's the equivalent of a 160-point boost on the SATs, according to The Atlantic. At the most top schools in the country, anywhere between 10 to 15 percent of the kids had a parent that attended. There’s also race-based affirmative action. It actively discriminates against white and Asian students. There’s a reason why Elizabeth Warren checked the American Indian box on her registration card for the State Bar of Texas. She knew that checking the non-white box was advantageous. I don’t like Warren—other than her book The Two-Income Trap--and she won’t criticize affirmative action.

In 2018, The Harvard Crimson published the average SAT score (out of 800) among those admitted to school from 1995 to 2013 by race: 703.7 for blacks, 712.3 for Native Americans, 717.6 for Hispanics, 744.7 for whites, and 766.6 for Asians. Pretty woke! In Massachusetts, if the student is an illegal immigrant, then they can pay in-state tuition. Republican Gov. and so-called fiscal conservative Charlie Baker won’t do anything about it. He won’t even work on legislation to cut higher education costs for citizens.

On Twitter, people celebrate the fact that Loughlin is going to prison, but complain that it’s not a long enough sentence because she’s the beneficiary of white privilege. Certainly, she’s a rich and famous white woman who had good lawyers in her case, so she likely got a lighter sentence than someone else would’ve in that same situation. She received three fewer months in prison than her husband. There’s a real sentencing disparity between men and women that sometimes makes it seem as if women are above the law. One 2015 study showed women are 58 percent less likely to receive a prison sentence than a man for the same crime. Famous people are above the law in this country. O.J. Simpson got away with murder. Bruce/Caitlyn Jenner committed vehicular manslaughter and was never charged. And Felicity Huffman did 11 whole days in prison for her involvement with the same college admissions scandal as Loughlin.

Ultimately, sending Loughlin and Huffman to a light prison sentence doesn’t change this corrupt system. It probably didn’t even impact public opinion much.