UK Sensation Jake Bugg Might Deny It, But His Debt To Dylan Is Obvious

The 19-year-old singer/songwriter explodes in a largely barren field. 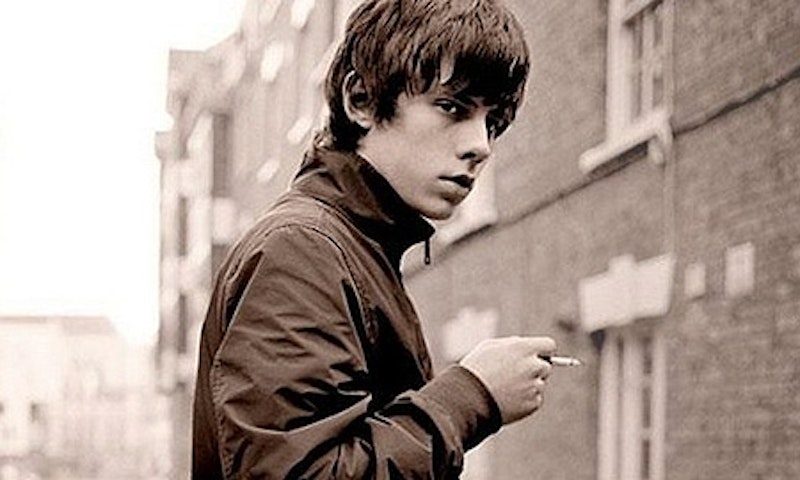 It’s hardly surprising that Jake Bugg, the 19-year-old from Nottingham whose eponymous debut record charted at #1 in the UK last fall—and was released this month in the U.S.—shrugs off any comparisons to the young Bob Dylan, saying that his influences run more to the Arctic Monkeys, Everly Brothers, The Beatles and Jimi Hendrix. It’s unlikely—but not unfathomable given Bugg’s professional jump-start—that the singer/songwriter is well-versed in the hype that record companies pushed in the 1970s, hailing the latest “New Dylan,” and besides, in 2013 getting lumped together with the septuagenarian Dylan isn’t worth the currency it once was. (Previous “new Dylans” had mixed results: Bruce Springsteen attained superstardom, Steve Forbert was a flop, Loudon Wainwright III became a novelty act and John Prine got lost in the shuffle.) Nevertheless, after repeated listenings to the fairly stunning Jake Bugg, it’s clear that the teenager (born Jacob Edwin Kennedy) is no stranger to the discography of the greatest pop/rock lyricist in the past 50 years.

Bugg’s voice is more traditionally pure than Dylan’s—remarkably similar to Donovan’s, in fact—but his songwriting is similarly smart, and if the inclusion of the song “Ballad of Mr. Jones,” isn’t enough, or the dropping of “g’s” at the end of words, or the strumming acoustic guitar intro to “Taste” echoes Dylan’s “John Brown,” consider that his encore to a NYC Bowery Ballroom show in January was Johnny Cash’s “Folsom Prison Blues.” I wouldn’t be surprised if he added Hank Williams’ “Lost Highway” and Ricky Nelson’s “Lonesome Town” to his set list. Like Dylan, who fabricated stories about his past at his career’s beginning, refusing to acknowledge that he took his last name from Dylan Thomas and spinning yarns about hopping freight trains and working the circus circuit, Bugg is playful with the media, offering monosyllabic answers to questions, even saying that his initial inspiration was hearing Don McLean’s treacly “Vincent” on an episode of The Simpsons when he was 12. Who knows, maybe it was, but the plain fact is that Bugg, unless he’s a one-hit wonder with nothing left to say, is the most promising songwriter to emerge from England since Elvis Costello in 1977. (Costello was never dubbed a “new Dylan,” but in my eyes, at least, the sophistication of his songs from, say ’78-’85, was second only to Dylan.)

Jake Bugg’s 14 songs are a combination of fast-paced pop and solemn ballads (which don’t fare nearly as well, a few of them rather goopy), and the clear standout is "Seen It All." A sample lyric: “One Friday night I took a pill or maybe two/Down at the car park I saw everyone I knew/And before the night was started/We had planned to crash a party/Just a place that someone knew/A local house belonging to a gangster’s crew.” The narrator is taken aback by the violence at the party, and after seeing someone stabbed, repeats the refrain, “I’ve seen it all, I’ve seen it all now/I swear to God I’ve seen it all/Nothing shocks me anymore after tonight.”

Critics, such as Paste’s Mack Hayden, have slagged Bugg’s audacity to say that he’s “seen it all” at the age of 18 (when the song came out), but that’s missing the point. Bugg is a crafty writer, mining his own experiences for songs, and if seeing a raucous party out of control as a teenager “shocks” him, so what? Would it be better if he just made stuff up?

Besides, Dylan, at 21, wasn’t immune to penning some lyrics that were prematurely world-weary. (Nor was Costello, whose sort of sappy, if incredibly popular, “Alison” from his first record only hinted at his coming brilliance, which would be evident in his blistering second album This Year’s Model.) I’m thinking of “Bob Dylan’s Dream” from The Freewheelin’ Bob Dylan (released by Columbia in May, 1963), a gorgeous song whose lyrics might make one arch an eyebrow. He writes: “How many a year has passed and gone/Many a gamble has been lost and won/And many a road taken by many a first friend/And each one I’ve never seen again.” As I said, it’s a great song, one of my favorites, but doesn’t have the complexity of the upcoming “Love Minus Zero/No Limit,” “Visions of Johanna” or “Mr. Tambourine Man,” just to pull three out of a hat.

And that Bugg is just 19, with one record already acclaimed and taking him away from his Council Estate upbringing—he dropped out of school at 16—is all the more impressive. Again, some dismiss Bugg as a talented but strictly derivative singer who’s mimicking songs from nearly half a century ago. I’d argue that he brings a modern sensibility to the genre, even if he’s got the look of a young Keith Richards and pays homage to those who’ve come before him (as did Dylan, the Stones, Gram Parsons, Lou Reed, Bowie, and more recently, Interpol and Modest Mouse). The tracks on Jake Bugg that work, aside from the aforementioned “Seen It All”: “Lightning Bolt,” “Two Fingers,” “Taste It,” “Simple As This” and “Fire.”

I hope Bugg takes a page from The Smiths and releases new songs rapidly, even as he constantly tours. If so, the potential for an astonishing body of work is there for him to grab: if Bugg could write “Seen It All” at 18, imagine what he’ll come up with in just two years.