Singer Chris Connor Is Not A Legend

But her 1957 set of Gershwin songs is great. 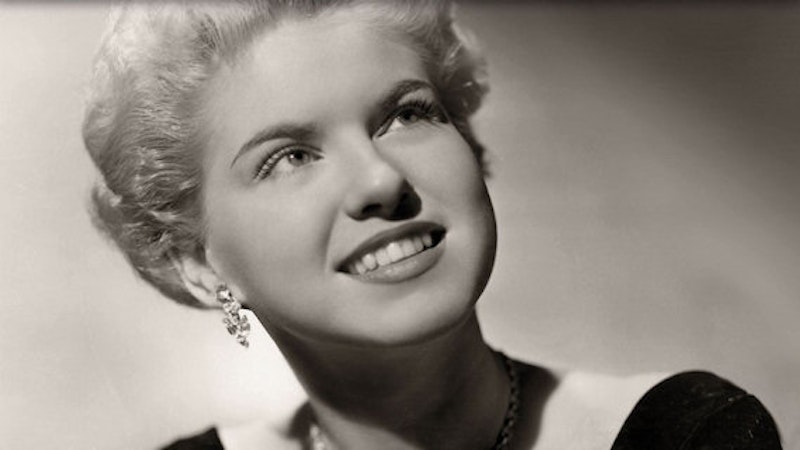 Classic jazz vocalists are unusually stratified. On the one hand, there are iconic legends so famous they only need one name to evoke not just a performer but also a mythos: Billie, Sarah, Ella. And then, on the other hand, there are a whole slew of others who are virtually unknown to a mainstream audience. Frank Sinatra is a culture hero; Anita O'Day and Jeri Southern are just old pop stars, gone and largely forgotten.

Chris Connor is another of the non-icons. Her mainstream cultural profile is somewhere to the south of June Christy's—which is saying something. Her reputation among jazz fans remains high, though, and if you want to see why, a great place to start is Chris Connor Sings the George Gershwin Almanac of Song. Originally released in 1957 the two-disc set features mostly small group arrangements by Ralph Sharon, with a few bonus tracks thrown in on the CD version.

With more than 30 songs, Connor shows her talents on a wide range of material. "A Foggy Day," for example, is slow and sparse; the first minute or so is nothing but piano filigree and Connor's voice drawing out phrases to her own rhythm. She pulls out the end of each line with subdued vibrato, so that when she sings "I was a stranger in the city/out of tune were the people I knew," she really does sound disconnected and wandering, adrift on her own ennui. The happy section of the song kicks in with the rhythm section, but it never reaches triumphant glee (as in Sinatra's version). Instead, Connor's joy is quieter. When she sings, "suddenly, I saw you right there," it's not exactly sudden—more a lingering memory of suddenness, so that the song's slow pace becomes not confused meandering, but an excuse to dwell on love.

The up tempo numbers are great too. On "Fascinating Rhythm” she dices and splices her phrasing. Drawing out the first syllable of "Fasssc–inating rhythm, you've got me on the go," then clipping it off when she repeats it, swaying the line so hard it virtually lurches. She keeps that up throughout the song, lengthening a word here or there between clipped staccato flurries that turn the lyrics into tongue twisters. After such dizzying virtuosity, the instrumental bridge is laughably superfluous; the band runs dutifully through the melody, as if they're afraid that Connor's pyrotechnics may have made you forget what the standard version is supposed to sound like. On "They Can't Take That Away From Me," Connor's phrasing is more subtly, but even more firmly, rhythmic. The pause in "the way your smile—just beams" turns a fairly banal line into a little poem on the art of swing.

The set also features two very different versions of perhaps Gershwin's greatest tune, "Summertime." The first is part of a medley, and seems to nod to Sarah Vaughn's languidly dazzling 1949 performance. Connor, like most humans, can't match Sassy's range and vocal firepower, or her gospel-tinged longing. But the lower-watt performance, including an almost clunky shuffling backing, has its own pleasures, tapping into the song's resignation. When Connor leaves a space before the last word in "One of these mornings you're going to rise up singing," it comes across as a kind of sad irony or doubt. On the other hand, the jaunty bonus track version isn't so much a lullaby as a dance. This time, on the line, "One of these mornings you're going to rise up singing," she throws in a pause after "One," a nonsensical choice which treats the words simply as sound, so singing becomes not lost hope but simply singing.

There are lots of high points: Connor was born to channel the world-weary vulnerability of "But Not For Me," for example, while "Liza" is one of the few tracks where the instrumental soloists (Joe Newman on trumpet and Ralph Sharon on piano especially) turn in performances comparable in interest to the vocals. Certainly, listening to this set, it's not especially clear why Connor should be less well known than Ella Fitzgerald. At least many of Connor's albums remain in print; after the Gershwin set, I'd recommend her 1956 self-titled debut for Atlantic.