The Terra Firma records founder takes it to another level. 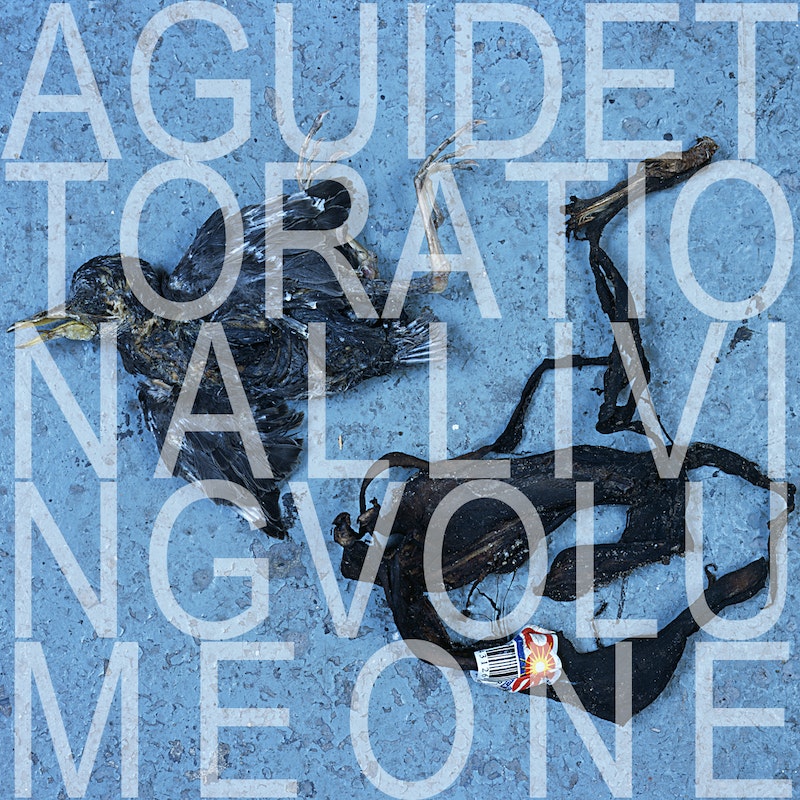 Terra Firma, like so many independent/DIY record labels (never the limp boutique), has put out way fewer records, CD’s, and cassettes than one would hope for in the past seven years. Offered a proper budget or a network that labels like SST and Homestead enjoyed, owner Scott Russell would be able to bring us all closer to the light. Mortar by Yukon is one of the finest art rock records of the 2000s, and practically no one’s heard of it—same for the equally amazing Medallion EP. Russell has arranged and put out so much consistently good stuff—The New Flesh’s "Dog" single, the Hex Screw/Needle Gun split, the first Friend Collector record, Temp Sound Solutions’ Pain Based Lifeform, Double Dagger’s "Sophisticated Urban Living" single—that it seems strange A Guide to Rational Living Volume One is his first solo release (Russell has played drums in various bands for years and currently plays with Friend Collector).

The six songs on A Guide to Rational Living are unexpectedly melodic and straightforward. The New Flesh was an enormously powerful group; they sounded like a tornado, loud as hell and too fast to grab onto anything. Russell’s songs are more along the lines of Husker Du or later period Unwound, sing-a-long melodies obscured by fuzzy double tracked vocals and a huge, blown out drum sound. What separates nearly everything Terra Firma has put out from progenitors like Polvo, U.S. Maple, Unwound, or early Don Caballero is how clean and propulsive the production is. Almost everything SST put out sounds like shit, thin guitars, limp bass and a treble heavy sound that castrates good rock songs (check the difference between Husker Du’s “Everything Falls Apart” in the studio and live in 1983).

Russell’s solo work is fleshed out and dense, and the work feels edited and calculated, setting it apart from lots of similar noisy, discordant rock bands who lose the plot in their own dark throb. “Careful” revolves a simple, bludgeoning bass pattern followed by gorgeously warm and ringing guitar harmonics, supporting Russell’s double/triple-tracked vocals, wrung in a distortion that wavers between being too intense and impossible to understand to revealing Russell’s surprisingly good voice. “Joke” is a based around an atonal riff that embodies a very specific bright, cutting guitar sound that so many weird hard rock bands loved. His drumming is explosive and booming, as close to the Albini/Grohl In Utero sound as can be done on a shoestring budget. And the playing on A Guide to Rational Living is superb and eschews the lazy/cool posture of sanctifying first takes and adorable mistakes, because why bother putting something down onto your hard drive, to be repeated digitally until the end of time, if it’s sloppy? The songs on here are driving and adhere to precise, chopped rhythms that make it an exhilarating listen. Available on Record Store Day as a download on Bandcamp, and maybe a physical release someday, but who knows?