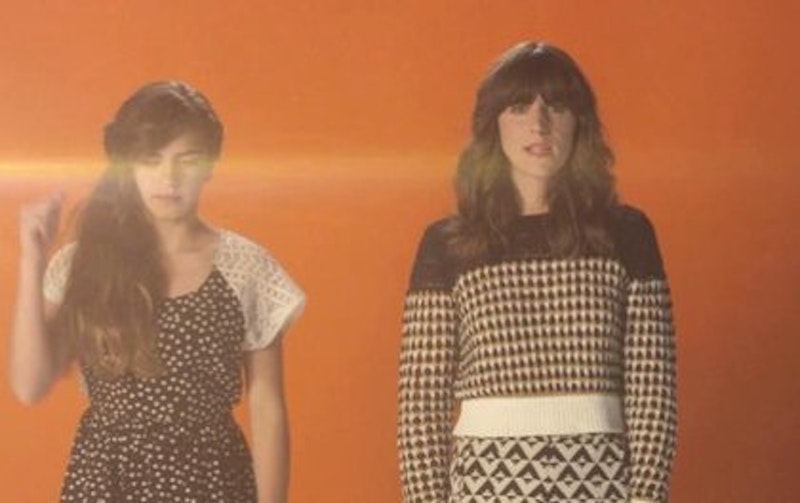 The Hairs, "The Magic's Gone"

At two minutes, there isn't enough time for the scrambled-egg guitars and Kevin Alvir's art-school singing to annoy in "The Magic's Gone"; the song is a blurred, jam-smeared Polaroid of somebody else's creative alchemy, hearkening back to 1990s cuddlecore ethos without a feminine mouthpiece. What I especially enjoy is how the lyrics are no more developed than the cat-scratch melody is because there's no earthly reason why they have to be. "Gone" is memorandum direct: Alvir has lost the magic, he hopes it doesn't stay gone, it's tragic, a medic is requested, and that's it, really. Should there be more urgency in these sentiments? No, why? The Hairs are pitching this just right. What the magic itself is is never defined. Is it inspiration? Is it romance? Is it sexual mojo? Is it Lower East Side ennui? No clue, doesn't matter: fill in the blank, hit repeat.

Eleanor Friedberger, "Stare At The Sun"

I was an only child, so I don't know what it's like to be the older sibling, or the younger, but whenever I play "Stare At The Sun" (pictured)—a song I've revisited on an almost onanistic number of occasions in the last day or two—I think of the semi-bratty younger sister in this rather insipid Honda ad and a hypnotically inane episode of SpongeBob SquarePants () where the title character becomes dangerously addicted to a vinyl single. In just under three minutes, "Sun" easily betters the entirety of Last Summer, Fiery Furnaces member Eleanor Friedberger's 2011 solo album; it will appear on follow-up Personal Record, due this summer.

The song is the sort of pure pop perfection guaranteed to have semi-bratty younger sisters everywhere and anywhere babbling and agog, screaming the titular aspect of the chorus at one another during sleepovers and half meaning it, strip-mining the lyrics for Tweets without even the vaguest life-experience understanding where's Friedberger's coming from. Non semi-bratty younger sisters are no less at risk, because no one—no one—in indie rock or maybe beyond has written a song this incurably, relentlessly Typhoid in forever and change.

In fragments-as-framing devices detail worthy of a star MFA candidate, the narrator circles a break up with someone else without ever quite pulling the trigger; meanwhile, the music insists that indecision is best served as furious bar-band romp-pomp, an ivory-smashed potpourri of Creedence Clearwater Revival's "Proud Mary," Thin Lizzy, and Whip-Smart-era-Liz-Phair jangle. The video has the effect of improving this demonic spawn of a single, what with the sign language seventh grader, the huge fluffy, friendly dogs Friedberger cavorts with in somebody's back yard, the spaced-out nightmare bandmates, the horrible dancing on everybody's part. The thing is so deliberately and gratuitously goofy that its bashful attempts to undercut the addictivity of the music actually redouble the music's addictivity and further endear the song to the listener when consuming it without attendant visuals.

The scene in Austin Powers: International Man of Mystery where Mike Myers and Elizabeth Hurley are inching towards a far-distant henchman who, lying prone, throws up a hand and yells "Noooo!" at them as they try to shoo him out of the way is instructive here. More and more I find that I prefer music that takes that sort of comet-like approach, zooming in gradually from nowhere, scooping me up in its contrail, and then leaving me tumbling along in its wake. The mysterious and prolific Miquel Parera Jaques seems to be something of a process freak, and the awkwardly titled. "NX003_Score01a-2012-12-09_03_27_46" is inevitably the tip of a deep-dive obsession that will continue into the year. Jaques' generative process reality involves MIDI, a programming language, something about an organ, but I don't see a need to be exacting until I've had a chance to listen in greater depth, maybe swing an interview; I'm not a musician, you know? I'm a listener, homie, and this sounds like a close-miced recording of a dozen quarters spinning at the bottom of a steel cistern carefully mixed with ambient noise from arcade-cabinet classics. In my world, that's bliss.