Not to miss: Deerhoof and of Montreal. 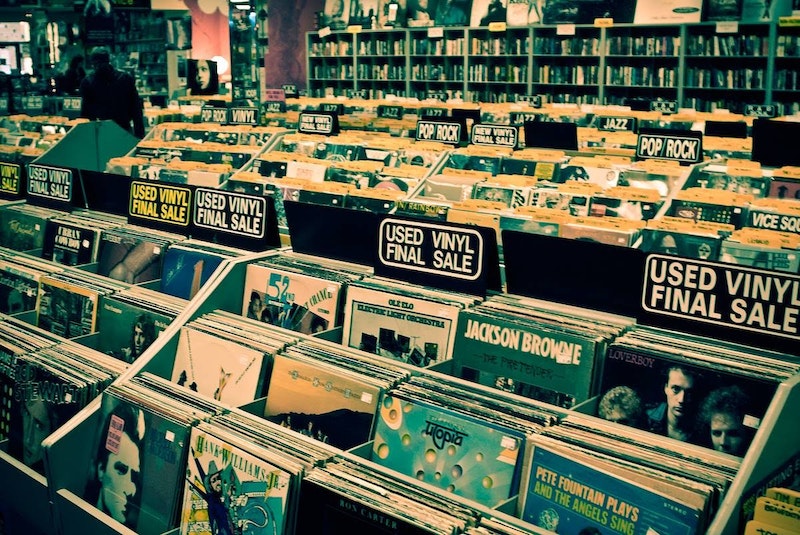 Record Store Day is this Saturday, April 20. Tons of great stuff and tons of shit will be out for the several hundred of you interested in this tradition. Seriously, make sure you get Double Dagger’s last record 333—it comes with a great documentary about the band. Lots of the product that gets pressed for Record Store Day is forgotten quickly, either lost in dense collections and rarely listened to, or lingering on store shelves. Something like a 7” box set of The Wall with half a song on each side or Sisqo’s “Thong Song” pressed on a coarse silver piece of metal or Jack White rough mixes hidden inside a 40-layer pachinko doll can be a hard sell. Then again, the most important thing about Record Store Day is just giving good businesses your money, as much as you can, because the physical consumption and fetishization of music feels good, it makes everyone feel great. A record released for RSD last year that you might’ve missed...

Stygian x} Bisection—a collaboration between Deerhoof and of Montreal: Both Deerhoof and of Montreal have done their masterful tunesmith records (Apple O’/The Runners Four and Hissing Fauna, Are You the Destroyer?), where they carved songs out of wood and synthesizers that could make a baby or your grandma beam from ear to ear. Bored of simple earworm melodies and insufficiently treated by the world at large (both still play clubs and theaters—they should be filling arenas!), both groups have followed a similar trajectory since 2008, creating denser and more abrasive albums, and to a certain extent, retreading old ground, lyrically and musically.

Kevin Barnes sings on both tracks—“A Filthy Feast” sounds straight off Iggy Pop’s The Idiot, with serrated guitars and blown out synth lines drained of any color, parts played by saxophones, organs, Rhodes, and a simple effected trap set swirl into a deranged sort of 1970s song, sick with rabies and nerves frayed at every end. “Feminine Effects” is the gentler B-side, another slow, sad 70s song with a distant, compressed toy sounding piano backing Barnes’ gorgeous vocals: “Bobby Baby, you’re making me blurry...” Another clutch move by master producer Greg Saunier: applying a half-second delay to the drums, getting a sound akin to Bowie’s Low.

There’s a reason these songs aren’t on an LP and will languish into obscurity well before most of us are dead: “A Filthy Feast” lies on the outer edge of the wheel for both of these bands. If you think of what an artist does and his or her sensibilities, the work that crystallizes what makes them great at peak moments, as the center of a wheel, many other experiments can exist comfortably on the outer spokes, ready whenever for rabid fans to devour more of this sound that makes them feel amazing.

Even after releasing over half a dozen great, simple pop albums, Barnes was pilloried last year for going claustrophobic on last year’s Paralytic Stalks (meanwhile Deerhoof put out what might be their most concise record yet, Breakup Songs, just seven months ago). The guy’s made a living off pop commercial jingles, he should be embraced for releasing gorgeous and challenging work. Seek this one out, you can probably find it on Saturday.