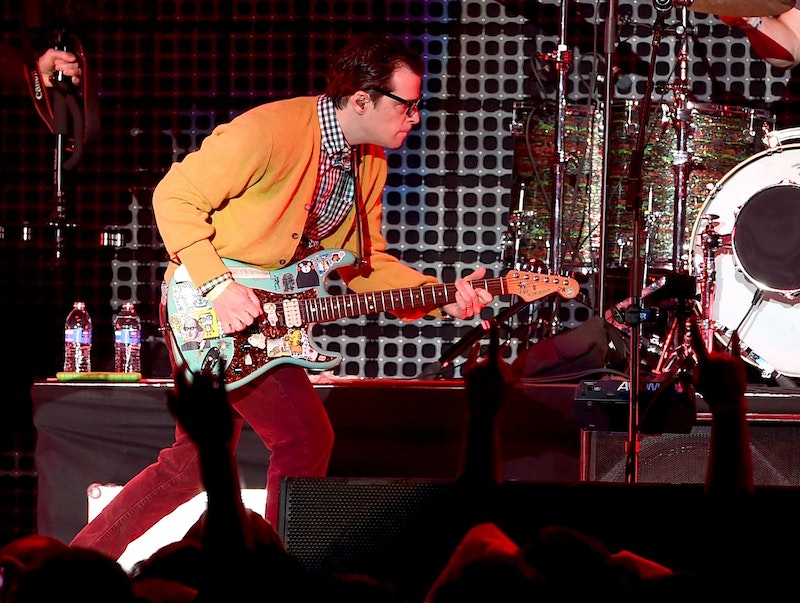 “Hello Mother, Hello Father,” this ain’t. The closer from Weezer’s balmy White Album is a slow burn fuck-summer anthem, infectiously mid-tempo, dripping with vocal harmonies, branded with daft lyrical mini-labyrinths. Rivers Cuomo couldn’t care less whether you or your wayback 12-year-old are willing to co-sign his whining, and we’re all richer for that. So the “truth,” Opus, is this: “Kumbaya” is bullshit, the beach movie crush is a total bust, heartbreak’s a perp walk, you’ll never see those headphones again. “I just want the summer to end,” Cuomo moans, just before a processed guitar supernova and a flock of seagulls slam the sedan trunk shut. Time to bail.

What I fear, these days, is albums completely lacking in mystery—the ones, where you grasp what they’ve got to offer right away, good or bad. There’s so much music on offer that the most valuable recordings, including those that inspire rambling blog entries about how unforgivably wrongheaded their conceptions were, are the recordings that linger in memory when list-making season arrives. Case in point: Sleep Cycle, the debut from Animal Collective member Deakin. I’m just four or five spins deep, and can’t yet identify what in particular is compelling about this EP; all I can say is that it’s a Rubix Cube that I can’t put down yet. The impenetrability of “Seed Song” is magnetic, a smashup of keyboard chords, vocals, vocal samples, and miscellanea that maybe began life as a loop but evolved into something far more gelatinous—as though you take your first step into a maze where some unfathomable ritual is underway, but every three seconds you are jerked back to that first, uncertain step.

Years from now, “Pop Style” will be remembered as the beginning of the twilight of three Rap Gods, the moment where hip-hop stand finally realized that it was time to tune out certain essentially moribund careers and tune in elsewhere. Jay Z hardly registers—blink, you’ll miss him. Drake limps tentatively through a new, garbage cadence. Kanye borrows that cadence and, while arguably using it to better effect, offers little beyond a deadpan status update from Planet Pablo. If there’s an upside, it can be found in gothic, arctic co-production from 40, Sevn Thomas, Boi-1da, and Frank Dukes. Expect their beat to be bodied on free mixtapes all summer long by hungrier MCs with actual things to say.