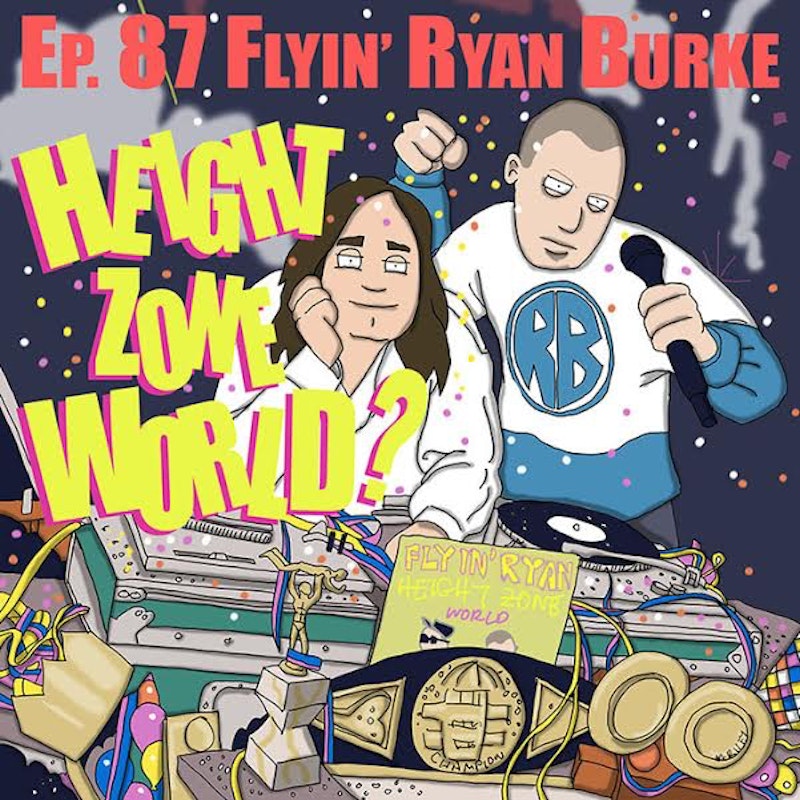 My guest this week is Flyin’ Ryan Burke. Ryan is a professional wrestler from Ohio. Our paths first crossed when he took part in Pittsburgh Batman, a play written and directed by (previous Height Zone World guest) Lord Grunge. I’ve always been interested in learning the ins and outs of his hustle.

He talks about being driven to become a wrestler from a young age. He describes making his wrestling debut in a K-mart parking lot, as well as finding himself wrestling in front of thousands of people. We discuss the logistics of being a working-class wrestler, and the tenacity it takes to stay in it.

Mike Riley’s art this week is an homage to Cash Money and Marvelous’s Where the Party At?