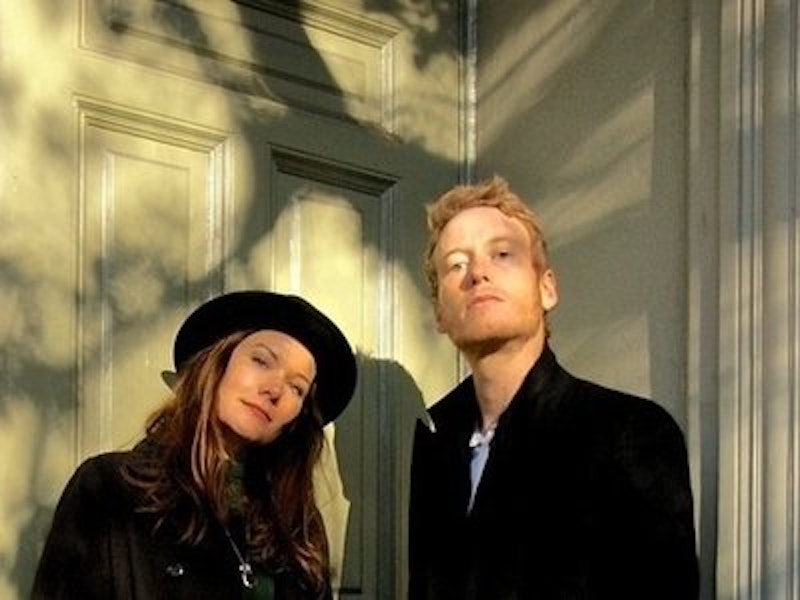 How do you define country music? It isn't a song structure, like the blues, or an approach to improvisation, like jazz. Instead, country is defined mostly through its relationship to a historical tradition or a community. If it's sung by rural white people, or someone referencing rural white people, then it's country—whether the song itself is written by Duke Ellington, features Nelly or performed by Taylor Swift. Country isn't a style, but a claim to belong in a certain niche—which is why there's the constant agonizing about whether any given country is "real" country.  Are authentic working rural people creating this music, or listening to this music?  If so, you're country. If not, you're a poseur.

But at least sometimes, people have tried to define country differently. Perhaps the most famous of these attempts is Ray Charles' Modern Sounds in Country and Western Music, the mammoth selling 1962 album. Charles, as a black man, made no pretense that he was performing for a white audience; nor did he look to rural community as a touchstone. Instead, his covers of "Hey, Good Lookin!" did what the title said, and modernized country, turning Hank Williams' song into a swinging, modern, jazz/pop/R&B amalgam. Country for Charles wasn't about a particular community so much as it was about a particular repertoire, which could then be shaken up and strolled through at will. If Charles was authentic, it wasn’t because he was doing what country always did, but because he was doing something new. His realness was in the eclectic, original, riffing on fusty chestnuts, and turning them into his own music—not someone else's.

Teddy Thompson and Kelly Jones also try a different approach on their joint album from this year, Little Windows. Neither Thompson nor Jones is a country performer in the usual sense. Thompson is the son of Richard and Linda Thompson, and his records are mostly in a singer/songwriter folk vein. Jones is also more coffee shop than country, with some retro-60s pop touches. They're not Hank Williams, George Strait, or even Florida Georgia Line.

Still, the record does come across as country—and specifically as 50s-60s countrypolitan, the smooth, pop hybrid associated with performers like Patsy Cline, who rarely if ever mentioned trucks or beer or God. Thompson and Jones don't cover country songs (like Charles did); instead, they pick up bits of the style. Their harmonized vocals recall the Everly Brothers or the great Dolly Parton/Porter Wagoner duets. Songs like "Wondering" pick up the cheery strum of those old hits, not to mention the title and the whole conceit of Webb Pierce's 1952 classic. Even the album length is nostalgic—10 songs, clocking in at under 30 minutes.

What really cements it as country, though, is the use of clever, borderline corny wordplay to describe heartbreak. "I Thought That We Said Goodbye" is about not quite getting away, the quiet sadness aching against the glib rhymes. "Goodbye, it's nothing but a run of the mill/Goodbye a temporary end/Goodbye, I know it won't be long until/We're saying hello again." Willie Nelson wouldn't have rhymed "kiss" and "abyss," probably, as Thompson and Jones do in their song, but he would’ve appreciated the way that the repeated goodbyes are sad because they don't stick. "You took my future and left me with the past," off "You Took My Future" is such a perfect, simple, obvious line it's hard to believe it hadn't already been written—and you could say the same of "Meanwhile you're moving on/as for me I'm stuck inside this sad old song."

Getting stuck inside the sad old songs is the point; "Little Windows" is a nostalgia exercise. But classic country itself is obsessed with nostalgia exercises. "They say seasons will change/the sun will follow the rain/please tell me why/all that I get is better at lying," they sing together, faking decades old harmonizing as they sing about deceiving themselves.

For Thompson and Jones, country isn't about authenticity; it's about reaching for it and not succeeding. "I try to put these memories behind me/somehow they always seem to find me." One thing country can be is nostalgia for country, the lament for that real thing that keeps sliding away on pedal steel, like a tune you can’t quite remember. If Little Windows is real country, it's only by virtue of being fake, and vice versa.