The Only D I need for Christmas is Canon in D. 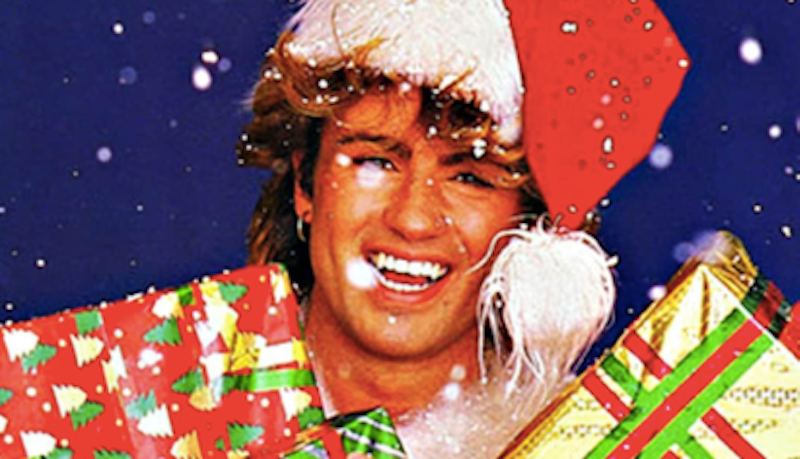 When you’ve been writing professionally for nearly three decades and you have memory loss issues, it can be tough to remember what you’ve already written about holiday music. Turns out I wrote a piece a decade ago on my favorite Christmas songs and then one awhile back on the saddest Christmas song, but this year I’ll cover Christmas bops. What is it that I dance to around my studio when making candles?

I admit having an entire Spotify playlist of versions of my favorite holiday tunes. I love the classics—I have a separate Spotify list consisting only of versions of my favorite Christmas song “Carol of the Bells” and proclaim that the only D I need for Christmas is “Canon In D” (forget the haunted ass children’s choir version and check out the insane rock version and rock vocal version by Trans Siberian Orchestra).

(It Must’ve Been) Ol’ Santa Claus, Harry Connick Jr. All Christmas music is sentimental, and when my kids were growing up we had a copy of Harry’s “When My Heart Finds Christmas” CD in the kitchen. I love the whole thing, but his full jazz orchestra really nails this upbeat song about a little kid wondering if Santa really exists, and finding a brass instrument-filled, dance-y answer.

Underneath the Tree, Kelly Clarkson. I’ve never been a Kelly Clarkson mega-fan, but whenever this song comes on, I can’t help but dance around. I feel like it’s a much less appreciated runner-up to Mariah holiday bop—fun, perfect for making cookies or decorating the tree—and that key change at the end? Chef’s kiss.

Sleigh Ride, Ella Fitzgerald. No holiday bop list would be complete without a tune by Ella. The big band swing is swinging with this classic; we may neither be riding the actual sleigh nor giddy-up/let’s looking at the show, but it sounds delightful and it’s a toe-tapper.

Christmas Like, Straight No Chaser. I normally hate country music, dismissing it as primarily misogynistic yeehaw redneck Trumperville tune territory, but I do make exceptions. Living on an island where it’s the popular genre, I’ve learned to selectively embrace some. This song, a parody of “Fancy Like” includes fun lyrics like “Bougie like egg nog in the Styrofoam..” and is really fun.

Last Christmas, Wham. I was going to have the Waitresses "Christmas Wrapping” on here because it’s the cutest 1980s holiday bop, but my colleague Tom DiVenti panned it hard in his recent holiday haterade list and I was too embarrassed, so I’m going with another 80s staple. I don’t know if my sister was the one who started a rumor that someone froze to death and died on the set of the filming of that music video, but I can’t find a reference to it anywhere. George Michael played every single instrument on that recording, practically came out as part of its lyrics (A Face on a lover with a fire in his heart/A Man under cover, but you tore me apart). The song is so bold in its choice to be an agonizing, dysfunctional breakup song but yet a fun banger of a holiday tune at the same time.

Santa Tell Me, Ariana Grande. Another modern tune that captured my heart for no reason other than when it comes on, wax may or may not get spilled in the candle studio because I’m dancing.

Rockin’ Around The Christmas Tree, Brenda Lee. Never enough brass in a holiday song to keep things moving, and I swear this isn’t why it’s on the list, but I challenge you to go watch that video and when “pumpkin” pie comes on substitute it for the word “f*cking” and you’ll see. I saw it on TikTok and the song will never be the same for me.

Christmas in Hollis, Run DMC. From the dramatic opening strains of “Jingle Bells” where we picture Bruce Willis in a limo, to the lyrics about collard greens and macaroni and cheese, may we all be reminded that Die Hard is not only a Christmas movie, but one of the best.

Man With All The Toys, Beach Boys. Another from the “CDs we played in the kitchen” list, The Beach Boys Christmas album is full of beachy bops; in fact this song says “bop” in the background the whole time and also falls under the “vinyl you grew up with” category for me. Also: “Little Saint Nick,” another great song from the album.

What Christmas Means To Me, Stevie Wonder. The song starts with “candles burning low” and I’m a candlemaker, so this one is a must-have.

Honorable Mention: All I Want for Christmas is You, Mariah Carey. Look, it's inevitable. We all sing it/dance to it when it comes on, how do you not put it on the list? Long live THE QUEEN.