The Rolling Stones Rock & Roll Circus is an interesting curio from a richer era of popular music. 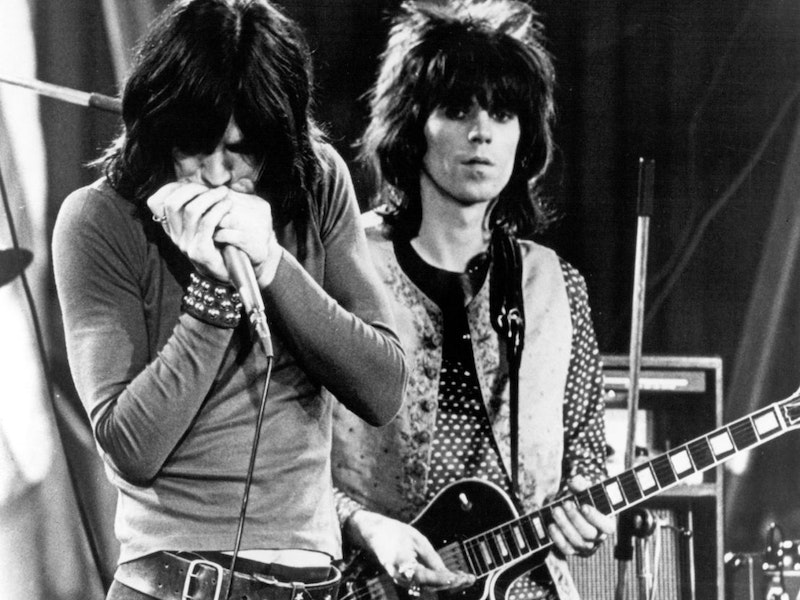 New popular music might be over as a cultural force: in 2021, over 70 percent of music bought and broadcast was “catalog music,” or music released more than 18 months prior. Besides the lack of a central organ like MTV, the collapse of the monoculture at the turn of the millennium broadened everyone’s horizons and sent all media industries off the cliff, some sooner than others. Movies and movie theaters have only survived because the file sizes of pirated copies were so much larger than song files in the days of Metallica suing fans and Napster emerging. Film and television still have primary organs: Netflix, HBO, Hulu, Disney+, and movie theaters. But without the record store, MTV, and robust radio, how could any real popular music culture thrive in America like it did through most of the 20th century?

Festivals are more popular than ever, but because there are so many, there will never be another Woodstock, at least the 1969 and 1994 versions—catastrophe will still make the news, but not the musicians on stage. One Direction and Harry Styles may be massively popular, along with dozens of pop acts from South Korea, but despite their millions of fans, are they leaving a watermark on American culture like Bruce Springsteen, Jimi Hendrix, Tupac Shakur, Whitney Houston, Madonna, and John Lennon, to name a few, did? You don’t have to look that far back to find superstars who were as famous as The Beatles or The Rolling Stones at their peak: Britney Spears, Taylor Swift, Kanye West, and many more. But how many in the last decade?

There may never be another event as idiosyncratic, loose, and star-studded as The Rolling Stones Rock & Roll Circus, recorded and broadcast at the end of 1969 with a gallery of counterculture heroes of the times: the Stones, Marianne Faithfull, Jethro Tull, The Who, and The Dirty Mac (John Lennon, Yoko Ono, Eric Clapton, Keith Richards, Mitch Mitchell, and Ivry Gitlis), along with a few others. In the carnival ring, introduced by a lethargic and pimply Mick Jagger, artists perform much better than The Rolling Stones—at least that night they did. The Stones didn’t go on until five in the morning, for an event that started at two in the afternoon the previous day. “Yer Blues” and The Who roar, but it’s obvious watching the restored footage why Jagger was so disappointed in the project and fought to shelve it.

But even a failure like The Rock & Roll Circus is more interesting than any musical disaster today. Horrendous festival conditions, musicians rushed off stage or attacked, lack of crowd control… I can’t remember the last time there was a musical event that was about the music. Lizzo playing that really old flute was it. There aren’t any bands, young or old, that could put together something like The Rock & Roll Circus and have it reach a wide audience. Popular music as it’s been known since the 1950s doesn’t exist if three-quarters of it is archival material. Watching stuff like this, dregs from a richer musical era, is fun but also increasingly depressing. Any footage of John Lennon is compelling, but this and the Get Back project suggests that the barrel has almost burst.

The Rolling Stones Rock & Roll Circus, only seen partially in 1979 via The Who’s The Kids Are Alright before its restoration in the 1990s, is a curio for fans of the era and people who were around to hear about it. There isn’t much for fans of these artists, even The Stones, who I assumed were loaded, but are just exhausted. Well, probably both, but if you’re getting blown off the stage by Jethro Tull, something’s wrong. Lennon and his Dirty Mac are in fine form though, and it’s too bad they, and others like Marianne Faithfull and Taj Mahal, didn’t get more time to play. There’s a looseness and a stoned, casual atmosphere to the whole thing that obviously isn’t in something like the “All You Need is Love” worldwide broadcast, and while rock stars of this caliber essentially fucking around in a circus tent is compelling, it’s only compelling for so long when their material is mixed and their energy is low. I’m sure the elephants had a great time, and I hope the audience brought Yellow Jackets instead of reds.