But a nod to Wild Man Fischer. 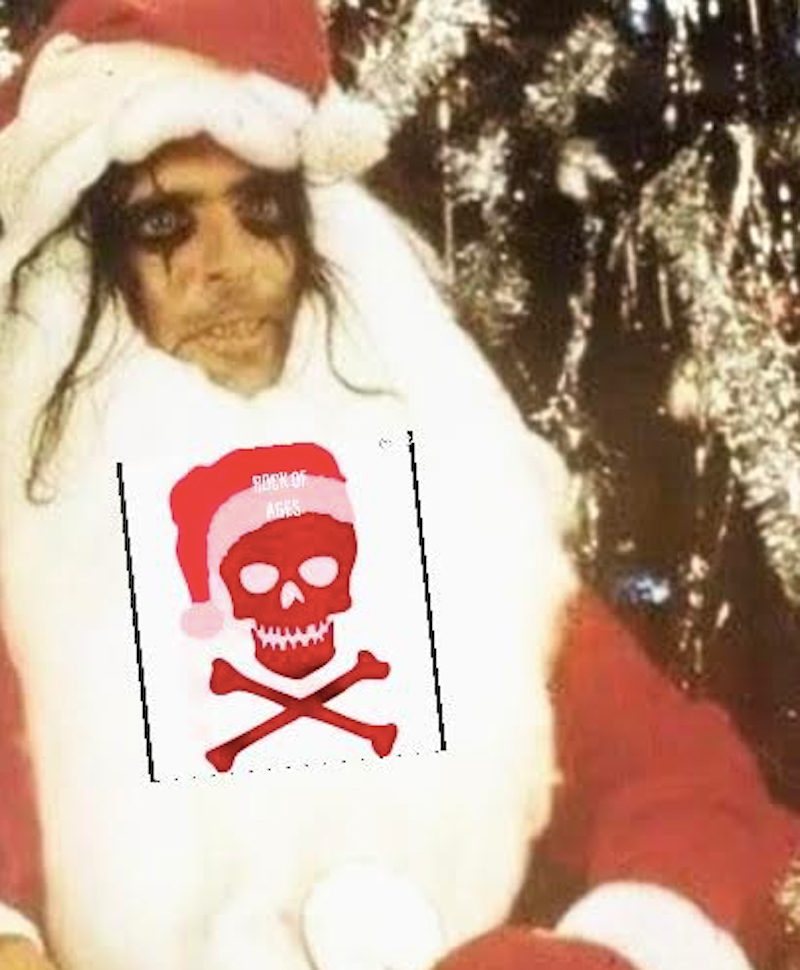 “Rock of Ages,” the Christian hymn, was written around 1760 by Reformed Anglican minister windbag Augustus Montague Toplady. Jeez, what a fuddy-duddy. It was composed in and for the English church. A song of safety, and sanctuary, giving comfort to those seeking redemption from evil. It seems minister Toplady was caught in a violent thunderstorm and sought shelter under a cleft of rocks, provoking him to pen the song. To me, church is the last refuge of scoundrels, like politics and law, part of the same tired church-state cliché ways. The cleft is a rocky protuberance, a cave-like overhang cover, to protect from life’s storms and apparently, sins torment. A Hernando’s hideaway in the bosom of the church, safe from foul weather and temptation. How’s that going these days, folks? Ask any voter. Don’t ask a Christian, though. They might tell you everything you don’t want to know.

Not to be confused with a musical clef symbol, a manger crèche, or the act of cleaving. A clinging to someone or something. It’s in no way related to breast cleavage. Beware rocking in the bosom of Abraham. It’s not a birth defect or dimpled chin, hence the cleft palate or Kirk Douglas, Popeye the Sailor, and Beaver Cleaver. Most notably, a pompous hymn, as obnoxious and detestable as that other croaker “Amazing Grace.” Anytime I hear It, whether in a lyrical song a la Obama, part of a movie, it’s nausea time. Even instrumentals, usually played on bagpipes at funerals, I try to get away, or turn it off. The opening lines send me into a frenzied flight.

“Amazing grace how sweet the sound/that saved a wretch like me/I once was lost, but now I'm found, was blind, but now I see.” I don’t buy that sentimental claptrap. The equivalent to a personal history of hell in commercial jingles and catchphrases trapped in the cleft of your head. A skip-to-the-loo of conspicuous consumption, culminating in the miracle of a solid Christian Christmas mega dump will never save a wretch like me.

In 2012, Rock of Ages, the jukebox rock ‘n’ roll comedy movie based on the Broadway musical, was released. A stinker that disappeared immediately after it opened. Tom Cruise plays Stacee Jax, a spoiled, pampered rock star fashioned after Jim Morrison of the Doors, and likely numerous other bands of self-indulgent hedonists who find their cleft in strip clubs, titty bars, massage parlors, and drug dens.

Comparing a Christian hymn with rock music is equivalent to turning Christmas carols into rock ‘n’ roll. A travesty of musical madness. “Jingle Bell Rock” my ass. Don’t you dare sing “Silent Night” in a jazzy free form scat! Chuck Berry’s least favorite, “Run, Run Rudolph,” later covered by Keith Richards, is annoying too. All I want for Xmas is a little peace and quiet, but, no! You can’t go anywhere without hearing the holiday song hit list of crapola. Enough so that people make compilations of personal bests to share with unsuspecting victims. There are those who find Jesus Christ Superstar entertaining too. There’s no accounting for personal taste.

Before the nostalgia wears thin, there’s no forgetting past novelty clunkers. A hit-and-miss of tunes like the David Bowie/Bing Crosby duet of “Little Drummer Boy.” Alvin & The Chipmunks medleys on helium and nitrous oxide giggle gas. “I Want a Hippopotamus for Christmas,” by Gayla Peevey. Elvis lip-sync-crooning “Blue Christmas” on another of his bad B movies. Meanwhile, El Vez, the Mexican Elvis impersonator, gives us a “Brown Christmas.”

John Lennon asks the question, So this is Christmas? in “Happy Xmas (War is Over).” Who can remember, or rather forget, “Ringo Bells.” Recorded by a group called Three Blonde Mice in 1964. A blatant rip-off of “Jingle Bells,” we’re riding in a sleigh with Ringo Starr as the center of holiday attention. Root Boy Slim weighs in with “Xmas at Kmart.” My personal non-fave is “Christmas Wrapping” by the Waitresses. I’ll wrap it up for you with a big neat bow, going out with a hoot. Wild Man Fischer’s “I’m a Christmas Tree,” Arlo Guthrie’s “The Pause of Mr. Clause,” he’s a communist. Has a beard and long hair, must be a pacifist. What’s in the pipe that he’s smoking? Last, pictured here in 1970, Alice Cooper’s “Santa Claus is Coming to Town.” There’s a lot more musical Xmas cheers and spirit to go around. Keep it to yourself.