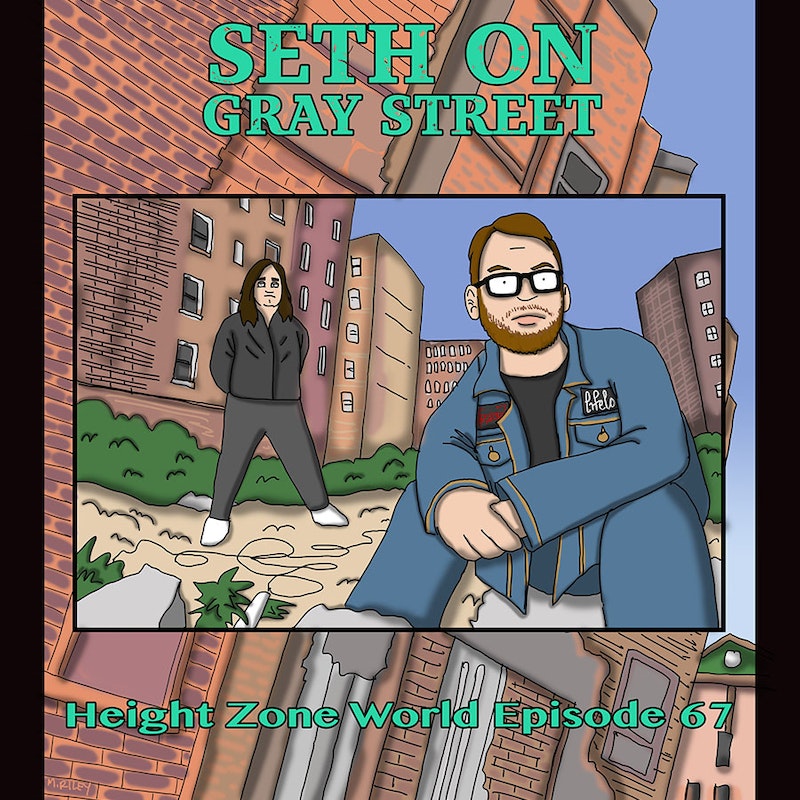 My guest this week is Seth on Gray Street. Seth is a solo MC and also one half of the group Human Speakers. We first met when I saw his group open for Ghostface in Manchester, NH, and we’ve played many shows together over the years.

He talks about growing up in Farmington, NH and getting his hip-hop education by listening to WUNH’s hip-hop show. He tells me about cutting his teeth by tagging along with NH’s Def Rock, and forming Human Speakers with Eyenine. I also spin a few of my favorite Seth of Gray Street tunes.

Mike Riley’s art this week is an homage to ED O.G and Da Bulldog’s Life of a Kid in the Ghetto.