30 Minutes or Less: The Mask, from Baltimore’s Headband. 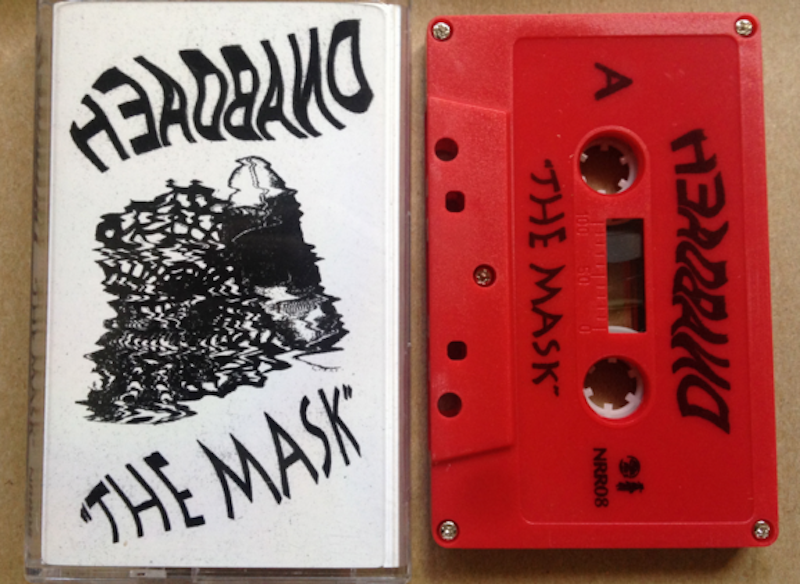 Headband is the recording alias of Baltimore’s Duncan Moore, and The Mask (No Rent) is his debut cassette. As introductions go, it’s an invitingly incomprehensible one, a quagmire of distention, scotch tape adhesive, and uninterpreted vibes. Side A, “The Mask,” presents wobbling, tune-challenged effects constantly on the verge of turning malignant, with Encounters of the Third Kind synthesizers lurking along the fringes. Human sounds—sobs shuffled with laughter until it’s hard to say which is which—make a brief appearance halfway through. Making sense of what you’re hearing is difficult; it’s like waking up in a pitch black outdoor area where forces beyond your comprehension are battling for supremacy, except that you can’t see any of them. Springs are jauntily decompressed; devils yawn diabolically; rodents scurry and chatter around your ankles at supersonic speeds.

Side B, “Surmounting Flux Absurdity,” suggests acid trips and out-of-control chemistry experiments, a relentless dash of tunneling, scribbling, dripping, draining, and swiping. The song—I think of it as a sentient symbiote, a la the original Secret Wars comic series or Spider Man 3—engages in a never-ending pursuit of or evasion from something, rummaging through vents and hot-water heaters, slithering in and out of fog horns, facing down serpents, banging along rusted metal awnings, tickling a database’s hard-coded innards. In the wrong mental or chemical state, it’d be far too easy to imagine these busted, seething beats swiftly homing in on you.