A bunch of good records were issued late this year. 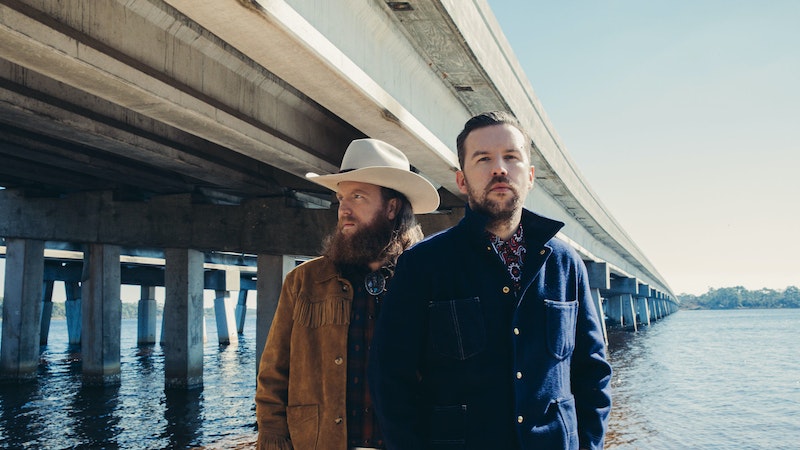 Three-fourths of the way through 2018, I was unimpressed and starting to wonder whether, in this year after the post-apocalypse, I could find 10 country records to endorse wholeheartedly. I wasn’t very happy at that moment with country radio, in part because I try to draw the line at vocal synthesizers, which, I speculate, will make this whole period of pop and hip-hop sound goofy as hell in 15 years. For a song to be country, you've got to be able to connect individually with the person singing it, and it helps if that person isn’t a machine.

I needn't have been so worried, partly because a bunch of good records were issued late, and partly because I’d missed or already forgotten some of the excellent earlier stuff. Some good records pushed country forward this year while also valuing its past, pursuing a variety of eclectic programs. This might be thought of as the postmodern moment in country music: you can swipe or sample various eras and styles and work them into all sorts of sonic collages, at the level of the album or of the song.

I don't feel there's an obvious #1 this year, or anything I thought stood above everything else like Rhonda Vincent and Daryle Singeltary's American Grandstand last year. Also, the verbal inversion in the act's name is slightly, but definitely, irritating. However, as a bluegrass aficionado I grasp its necessity; the Osborne Brothers are already in the Hall of Fame. But I'm picking this nifty act emerging from Maryland because it's having some commercial success, and I think it shows various ways that country might proceed into the next period: without a complete abandonment of everything that came before 2012, but definitely with excellent musicianship. Actually, the production and the material is remarkably playful and various, with many contemporary touches. But there are also guitars and real drums and excellent, intimate singing. They're playing with funk, soul, southern rock, NOLA, and many other eclectic elements. In any case, I keep hearing the record as central and extremely well-made country of right now. Even "Weed, Whiskey, and Willie" and "Drank Like Hank"—the most hackneyed country topics ever—sound refreshed. But take a minute to register the complex influences behind a nice little groove like "A Little Bit Trouble."

Over the decades, a few singers have actually become vocal styles or even whole periods: George Jones, for example, and Keith Whitley. You wouldn't blame a country singer (Verne Gosdin, let's say) in 1987 for being heavily indebted to Jones, as long as he wasn't a slavish imitator. Indeed, you'd be looking for that; it would sound like real country. One candidate now for promotion to genre is Chris Stapleton, whose Traveller (2015) is more or less the best thing to happen to country music in some years. If you're going to court comparison to Stapleton, however, you had better be one singy motherfucker. Wakefield, a hatchling from New Hampshire, has definitely got Stapleton on board, and here he applies the style extremely well to a wide range of excellent songs in various country and soul styles. He can rip it straight Chris, or apply a lighter touch; he might have more upper range. Really, I think this record is better than the last two Stapleton albums, From a Room, Volumes I and II, which struck me as predictable, or in short disappointing. At any rate, some of these Wakefield songs have the ring of classics: the title cut, for example, or "Shoot Me Where I Stand."

I reviewed this ecstatically when it came out. I think this all-female supergroup is a bluegrass classic, a name eventually to be reckoned among the Country Gentlemen, Union Station, or the Osborne Brothers. They've got Alison Krauss on board, also Flatt and Scruggs. The gorgeous harmonies (with Dale Ann Bradley at the center) and instrumental virtuosity (especially the mandolin master Tina Adair cannot be gainsaid, so I wouldn't even try.

Kelly Willis, Back Being Blue

I'm just happy to be turning back to Kelly. She was Nashville's "it" girl circa 1992 when she was singing with Lyle Lovett, but never quite hit the charts and then sort of faded. She might’ve suffered from the particular brand of sexism endemic to that era, or just been too cute and sweet to survive. I remember reading an interview with some eminent Music Row executive (Mike Curb, maybe?), who was asked if he'd considered signing her: "Sign her? I wanted to marry her." I don't think he did sign her. Anyway, Kelly never got the

reception she deserved, but she’s all the way back, in the "new traditionalist" mode she was associated with then, though here as on several other of these records, she folds in some melancholy soul. (At this point, soul and country can sound like the same tradition, especially if you live in Austin.) This is a lovely record of original songs performed by a master, arranged simply to showcase the voice. Over the decades, that voice has taken on the aura of a classic.

This is Eric Church's best album top-to-bottom, I think. (I wrote in October): "Over a career featuring 20-odd chart singles, Church has associated himself with nostalgia for old records, old artists, old girlfriends, and so on. This album incorporates that directly into the instrumentation and arrangements, as he’s playing with 1970s soul (“Desperate Man”), funk (“Hangin’ Around”), blues (“Solid”), Southern rock (“Desperate Man”), and country (“Hippie Radio”). These give various frames to what I’m beginning to hear as a pretty fundamental country voice. There are some surprising and fairly elaborate arrangements, but the impression as a whole is of a very intimate gig, maybe listening to Eric Church run through a set in his living room with an acoustic guitar. Some of the songs are just eccentric (“High Wire”), and in this context they’re charming rather than off-putting." Then again, it's hard to imagine a more basic country song in the hard-won wisdom vein than "Some of It."

If I haven't made it obvious by now, I think Miranda Lambert is the best artist working in country music today, and she's the presiding spirit of this trio, which also encompasses Angeleena Presley and Ashley Monroe (whose Sparrow might be too extremely sad to make it onto my Top 10). I loved their previous two albums, and this one too. They can do feisty redneck-girl (the first single, "Got My Name Changed Back") as well as anyone ever has (except maybe Loretta and Miranda as a solo). But the three voices (in particular, Presley's in a lower register) can just lean back into replete harmony, as on "Leavers' Lullabye," which rests on a beautiful performance by the always-blue Monroe. And they’re exploring many aspects of femininity or womanhood, with more complexity than you might imagine would be possible in this context, as on "Milkman."

Few artists have had a sophomore swoon on the scale of Kacey. Her first album, Same Trailer Different Park, filled with charming baubles and brilliant slice-of-life story songs, was the sort of critical and commercial success that puts pressure on the follow-up. But Pageant Material was disappointing in multiple dimensions, especially the songwriting (with "Biscuits" as the lame tag line to "Follow Your Arrow"). Golden Hour is a redemption, and it's on everyone's Top 10. I think Kacey decided that she can't make another small-town girl-trying-to-make-her-escape album, either musically or lyrically. That leaves her free to go all over the place. Like many of the albums on this list, but maybe more than any, this one is eclectic or perhaps post-modern, and whether Golden Hour is a country album or not is a question. It's not the only question, however, and whatever it may be, it’s delightful.

"We Were a Fire" was my favorite new country song this year, or the one that ran through my head hardest longest. (Abby Anderson's "I'm Good," the title cut from her debut EP, ran second, maybe). If I was Dick Vitale, I'd say that Morgan has the biggest upside of any of these artists: the seemingly effortless pyrotechnics of "We Were a Fire" is one of many tones and moods Morgan hits with alternating delicacy and power in her lovely soprano, always formed around a basic country vocabulary. There are many strong pieces of writing and intensely expressive passages of singing on this album, and Morgan has intuitive country timing of the sort that it takes many people a long while to master, or which—like steamroller Carrie Underwood—they never master at all. (Carrie's Cry Pretty is definitely not her worst album, though, and has the year's best country cover art.) In fact the young side of this whole list counsels hope, for Americana if not America.

"Love me, baby, love me, like Kennedy and [Marilyn] Monroe": I'm not sure how loving or even non-degrading to all concerned that relationship really was. Aside from that quibble about "American Scandal," I groove to this record. You have to let Ashley get through the first two songs before she really opens up into the melancholy beauty. The great Brandy Clark didn't issue an album this year, but McBryde works in a similar vein: story songs about female experience, with pretty basic Americana accompaniment. But even here, you get touches of jazz or r&b (as on "Southern Babylon"). As you concentrate on the stories, though, it's liable to dawn on you that McBryde is a very fine singer and writer, who can create and capture a perfect country song.

So maybe this isn't my absolutely favorite mode. It's awfully poppy, and occasionally violates my prohibition on electronic drums in country. But I’m expressing respect. Dawson, with his definite lack of a cowboy hat and his ink sleeves, looks nothing like a country star from five years ago but looks like a country star now. (Get a gander at Kane Brown, for example. But looks can be misleading; Brown's music is more or less generic bro.) Dawson came from YouTube, as people do these days. Anyway, this is a beautifully crafted album in ways that are rare in the world of Nashville ("All on Me" was unavoidable on the radio early this year). It has a coherent sound—a kind of laid-back jazzy groove—that runs through the whole album and perfectly suits Dawson's lightweight, tuneful singing. And the lyrics are consistently clever. "Second to Last" and "Placebo" might just sound like pop songs, but they take classic country themes and give them nice original twists.

God willing, I'll be back next year to report on the further progress of pomo country.