This hasn't been a particularly good year for country music. 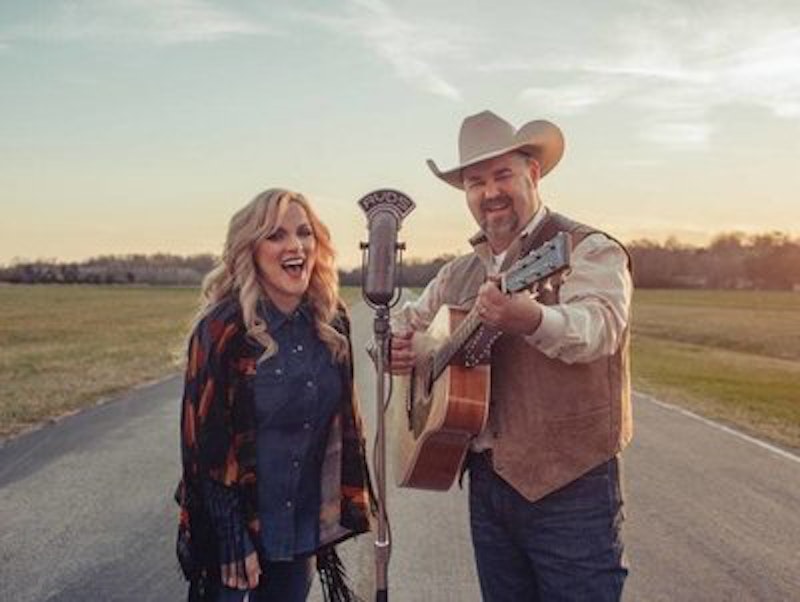 Here in rural Pennsylvania, the radio flows with an endless stream of bros and their pro-drinking songs, often simplistically rapped, with electronic rhythm tracks and rudimentary vocal effects. I find this irritating, and like many a graying country fan down the generations, I've been known, in response to the radio, to holler, "That ain't country!" to the passing cows. As many have remarked, the current domination of country by men is almost bizarre, and it has persisted for several years. I'm assuming it's because the audience skews female, but I'm not sure on that. I wish I liked some of the women working in “Americana,” or in general I wish I liked Americana better. I want to like Margo Price, for example, but I'm not that happy with the singing. Country music can be pitchy in a good way, or in a not-as-good way. True, that Jason Isbell album had moments. Awfully earnest, though: "Anxiety," indeed.

I didn't hear any album in 2017 comparable to Chris Stapleton's masterpiece Traveller from 2015, or Miranda Lambert's equally great The Weight of these Wings from '16. Stapleton issued two albums this year (From a Room, volumes 1 and 2), and neither of them was as good as Traveller, though the man is a force of nature as a singer, and every element is throwback traditional. I don't think the songs were as striking, or the performances as nuanced. Maybe if I hadn't pitched my expectations so high… at any rate, I did sample most of the new country releases on iTunes this year, and these were 10 that stuck.

(1) Rhonda Vincent and Daryle Singletary, American Grandstand (Upper Management). The fine bluegrass vocalist Vincent teams with one of the best (and most underappreciated) pure country singers of all time in an album of beautifully-crafted duets, sung over classic Billy-Sherrill-style Nashville arrangements. It takes some guts to try a George and Tammy song like "One"; George Jones was the greatest male vocalist in the history of country music, and Tammy Wynette the greatest female. But however, these two can handle it—the harmony between them is gorgeous. If you’re looking for someone to sing the George Jones parts in the biopic, I'm urging you to hire Daryle Singletary. And their performance of the Billy Yates song "As We Kiss Our World Goodbye" is perfect.

(2) Chris Janson, Everybody (Warner Nashville). My favorite country song of 2016 was Janson's breakthrough single, the hilarious redneck anthem "Buy Me a Boat." Now, when Eric Church or Florida-Georgia Line go all “rednecker-than-thou,” I don't necessarily buy it, but somehow Janson emanates effortless country-boy authenticity. There might not be anything on Everybody as wonderful as "Buy Me a Boat" (though "Who's Your Farmer?" gets close to that hilarious vibe). But there are a lot of good songs, very well sung and produced. Perhaps there’s hope for redemption for bros after all: "Little Bit of Both" manages to throw a happy half-assed rap over a killer soul/country arrangement, all embedded in a deep yin-yang metaphysics. Janson's maturing into a number of themes and moods.

(3) Brad Paisley, Love and War (Sony). I say he's the king of country. The lyrics are always better than they need to be, and he’s a transcendent guitar player. He steers traditional while sounding quite of whatever moment he's in. All of that is charmingly on display here. This isn’t necessarily better than many of his earlier albums, but that places it on a plane that few country albums reached in 2017. Several great songs, including (believe it or not) "Selfie#TheInternetisForever." Then again he can hit a completely different mood, as on "The Devil is Alive and Well."

(4) Donna Ulisse, Breaking Easy (Mountain Home). Ulisse is a fine songwriter (she released an album of her demos a couple of years ago) who got signed and abandoned as a recording artist in Nashville after the early-1990s neo-traditionalist movement faded. At this point she's a steadily beautiful voice in bluegrass and gospel, and this is her best album. If you want to immerse yourself in gentle beauty, comparable to the first few Alison Krauss and Union Station albums, this is a good choice. Ulisse is definitely not a Krauss imitator, however, but rather a very distinctive singer, playing guitar and writing original country songs for a crack acoustic band.

(5) Danielle Bradbery, I Don't Believe We've Met (Big Machine). With regard to the young women on this list, I'm more scouting for promise than paying tribute to accomplishment. One thing to keep an eye on is the YouTube channel for Song Suffragettes, a roundtable of younger female singer-songwriters in Nashville. A lot of Top Ten lists include Kelsea Ballerini's album Unapologetically; Bradbery's is quite similar, and I didn't mind the Ballerini either. But perhaps Bradbery is an even better singer: ravishingly angelic, in fact, at her best. And I also think that the strongest songs here are stronger than the strongest songs on the Ballerini album, though the quality of the material is still uneven. Still, if I were predicting who, among emerging female artists, might end up being a transcendent country singer…

(6) Gibson Brothers, In the Ground (Rounder). They've been a pretty dominant act in bluegrass for a long time, but I like them better and better. This album is all originals, gravitating toward ballad tempos, sung in a very distinctive updating of the “brother harmony” of Charlie and Ira Louvin or Jim and Jesse McReynolds. A couple of the songs ought to enter the bluegrass repertoire, including the title cut and "My Quiet Mind." Also, one of my favorite bluegrass acts, the extremely-traditional Grascals, put out an excellent album this year: Before Breakfast (Mountain Home).

(7) A Thousand Horses, Bridges (Big Machine). I saw these guys at the Grand Ole Opry in July, and the response of that audience of oldsters to the southern-rock oriented set was muted. I thought they kicked ass: a very tight band of plausibly bad boys. Michael Hobby, the lead singer, has a tuneful growl, and I like a number of the songs here, especially "One Man Army," "Preachin' to the Choir," and "Burn Like Willie." This sophomore outing is an odd LP: it basically runs through an EP twice, once in full studio production, and then live acoustically, recorded in London. This turns out to be a good idea; it shows the strength of the songs. I think this album tanked commercially, which is unfortunate. Also check out "Smoke" from their previous album.

(8) Carly Pearce, Every Little Thing (Big Machine). "Every Little Thing" was the most striking country single this year: simple, compelling, in the sort-of draggy rhythm one might associate with Lorde or Lana del Rey. Also, Pearce sang the hell out of it. The rest of the album is a mixed bag, but it has other lovely moments. "If My Name Was Whiskey," for example, takes up the theme of the classic Highway 101 song "Whiskey, if You Were a Woman."

(9) Josh Abbott Band, Until My Voice Goes Out (Pretty Damn Tough). Tennessee Tech Frat boys make smooth and solid country, surprising in its constant engagement with the tradition and the excellence of its song construction. The Josh Abbott Band has struggled along with middling hits, but this one should have yielded at least a couple of Top 10s, such as "Tennessee Whiskey, Texas Women" (admittedly, these are subjects that have already been widely explored in song). Nice soul horns, though.

This EP is half-formed, but it shows great potential for a trio that already writes fine songs and creates a harmonic atmosphere shimmering with light. The mandolin player is particularly strong, and a couple of the songs are excellent ("Last Time"), others quite charming ("Blush"). They await fully professional production, but I hope that doesn't compromise the intimacy of the voices and the writing. Another thing you might check on Song Suffragettes is Emily Reid doing "Jennifer Aniston."

These are good records (in the case of the Vincent/Singletary, extremely good), but I feel that 2018 can do better.