New albums by Heather Morgan and Eric Church hint at a country revival. 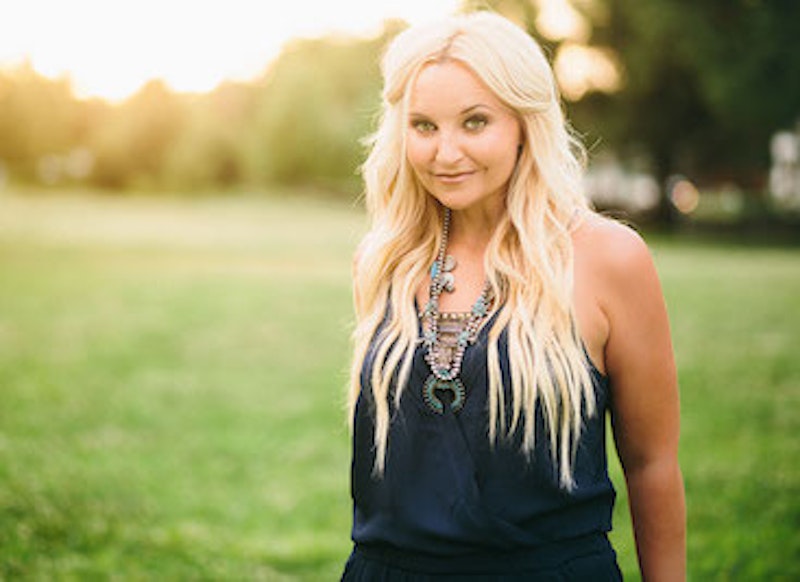 I usually mark the end of the calendar year with a Top 10 of country albums, but I've been thinking I'd have to ditch it this year, because there haven't been 10 albums I really like. Or five, for that matter. Some of my favorite artists (the Queen and King, Miranda Lambert and Brad Paisley, for example) haven't released albums in 2018. And part of my objection is stylistic: though the charts look a little better now than they did a few months ago, it's been several years of pretty boys in tight jeans, auto-tuned into their tributes to the miracle that is beer.

Last week, thank the Lord, a couple of albums dropped that surprised and made me happier, or as happier as good new country music can make me, which is considerably.

Heather Morgan has written songs for Dierks Bentley, Martina McBride, and Kenny Chesney. So I'm sure a lot of people around Music Row already knew what a beautiful singer she is, if just from her demos: potentially, she's the next great female country voice. Borrowed Heart is not what you'd expect on a first album; Morgan debuts as a fully formed artist, and her delicate readings of her own excellent, melancholy songs are definitive. The arrangements, the song structures and the vocal style, which echoes but doesn't ape Dolly Parton and Emmylou Harris, are relatively traditional. But I'm hoping the style is just commercial enough to climb the charts.

One of the major problems in popular music right now is what I think of as the singing-contest effect, in which the performer tries to blow you away with every single note, as though parodying Adele. At its worst, this yields a Carrie Underwood, perhaps the top female artist in country, still. Carrie can really sing, but she wants to convince her audience of that continuously; she blows like a hurricane from the get-go to the coda. This makes most human emotions unavailable. (The cover of her latest album, Cry Pretty, is a classic, though.)

Listening to Morgan, even on the Carrie-like power ballad "We Were a Fire" shows the contrast clearly. Morgan simmers on the verses—inviting you in to share her romantic ecstasy/disaster—then soars and echoes out onto the chorus. She pulls it all the way back on the bridge and then nails the climax. But really the mood of the album as a whole is fairly quiet, and what sneaks up on you are the beautiful, delicate performances of restrained, relatively simple songs like "A Hundred Miles" and "Still Think About You."

A country problem rather different than the Underwood effect originates in Taylor Swift, whose writing and performance styles mark almost every new album by younger female country artists. I think record and radio-type people are still thinking about who can fill the hole left in country music by Taylor's departure; their inability to find the replacement is one of the factors leading to the absurd current domination of the country charts by men. Morgan may admire Swift, and they both sing in the same high range, but there's no sense that she's emulating Taylor or for that matter consciously not doing so. Instead, she's setting up as a comparable artist.

A similar rootsy restraint is displayed by the commercially-dominant Eric Church on his latest, Desperate Man. I have mixed feelings on Eric, though I usually download the latest album whatever it may be. Sometimes he seems to be excessively, even artificially redneck, and some of his lyrics have been puzzling ("Give Me Back My Hometown") or just bizarre (but sometimes bizarre in an interesting way, as on "She Loves Me Like Jesus Does" [Church: Like Jesus Does]). Things get strange here too, from the outset, on "The Snake," a sort of Aesop's Fable involving a battle between a rattlesnake and a copperhead. But that sets the tone too: a simple, almost desultory blues, sung with great presence. I'm sure we'll be hearing a couple of these songs of country radio ("Heart Like a Wheel" and "Some of It," maybe), but I think Church is taking commercial chances: this is more like a coherent and personal concept album than a series of hit singles. It won't be his best-selling album, but it's his best.

Over a career featuring 20-odd chart singles, Church has associated himself with nostalgia for old records, old artists, old girlfriends, and so on. This album incorporates that directly into the instrumentation and arrangements, as he's playing with 1970s soul ("Desperate Man"), funk ("Hangin' Around"), blues ("Solid"), Southern rock ("Desperate Man"), and country ("Hippie Radio"). These give various frames to what I'm beginning to hear as a pretty fundamental country voice. There are some surprising and fairly elaborate arrangements, but the impression the thing gives as a whole is of a very intimate gig, maybe listening to Eric Church run through a set in his living room with an acoustic guitar. Some of the songs are just eccentric ("High Wire"), and in this context they’re charming rather than off-putting.

My emotional state co-varies systematically with my assessment of the state of country music at any given moment. Well, I'm better this week than last, and another thing that helps is newcomer Abby Anderson's EP I'm Good, with the kick-ass country reggae of its title cut [Abby Anderson]. The Top 10 is still going to take some filling out, though.