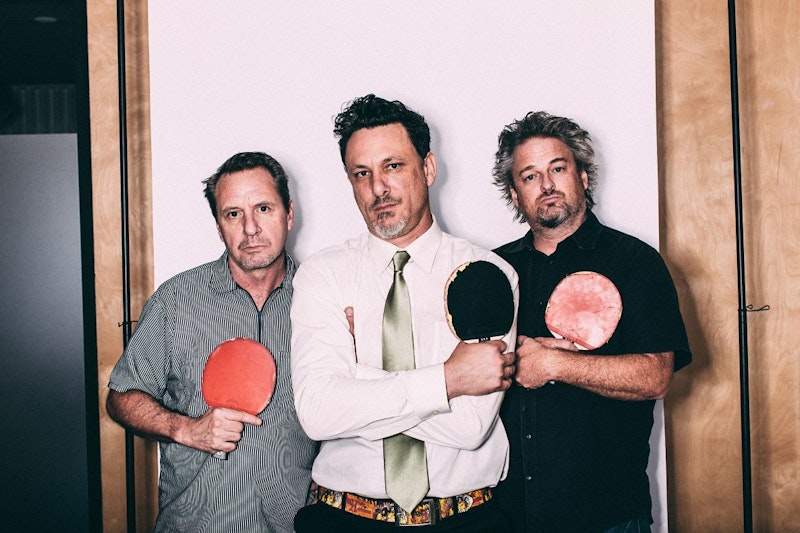 I didn’t do my research.

When I finally meet a member of some band that was an influence, I can’t provide any details on why they were an influence, exactly. I stand there in the lobby of some bed ‘n’ breakfast in Belgium feeling like a knucklehead.

Wind hits everything inside the cab. This Toyota half-ton has no A/C and it’s hot enough on the way from the North to the South, so we roll the windows down. We turn the volume up all the way so that the music can be heard over the wind. This half-ass system can’t handle maximum knob. A loud crackling and crunching sound blasts nasty from the blown speakers, clearing the jump above the wind in the mix but it’s still anybody’s game. Wind vs. noise rock.

Traveling an average of about 80 mph on I-95, the only music built to last above the thrash of the road wind is noise rock. Rock is not loud enough; its treble too tame. Noise is loud enough but makes less sense, useless when battling against ready-made obstacles of confusion built into the Toyota experience: Wind, speed, worn cassettes, blown speakers, drunk driving. Noise rock is loud enough, and thankfully its rhythms hammer over and over as they shape the noise into something from the assembly line of Alessandro Alessandroni’s factory dreams, something like Mr. Mainway’s bag o’ glass.

Cherubs is one of those bands prominently featured on those unmarked tapes. Cherubs work against the obstacles of the wind and more, seeing your high and raising it higher: High vocals, cymbal crashes, distorted guitars; whipping up tin butt treble everywhere: “ORANGE JULIUS/ORANGE JULIUS.”

Who’s singing that? What’s this song called? Where’s the band from? These questions and more, I don’t ask. I’m sitting in the middle seat getting properly smashed by it but I’m not asking any questions because I’m a bona fide knucklehead who doesn’t do his research.

Turns out the song is called “Orange Julius,” the band is from Austin, Texas, the singer’s name is Kevin Whitley; he also plays guitar, alongside bassist Owen McMahon and drummer Brent Pager. Their compilation album, Short of Popular, originally released by Trance Syndicate in 1996, then reissued by Sonic Surgery Records in 2018, features “Orange Julius” and a dozen-plus other maximum gems, B-sides and outtakes gathered from the scattered regions of the trio’s first brief sprint between 1992-1994. I learn this, at random, 10 years later when I moved to Austin in 2013.

There’s more to life than facts. Noise cuts through noise. Truth screams at us. The perpetual energy of art challenges entropy even if entropy acts as the primary color in a work of art.

With noise rock—whatever that’s supposed to mean—we often hear about its pummel and thrust, as though we’re moving toward some brutal violent end, like a smashed-in bonehead face on the Hieronymus “Mean Streets” of Van Halen country.

But all that fuzz around the edges of Cherubs reminds me of vortices, sustained energy captive in suspended eternity, an unbroken spell. Not a view to a kill as things slowly tumble toward doom down a descending staircase but a two-inch levitation above ground, high enough to scream “ORANGE JULIUS/ORANGE JULIUS” over and over again into open air, testifying to life’s constant surplus of rechargeable energy. This testament trumpets in 1996, 2018, 2003, 1992, and connects in the cab of a truck or somewhere else.