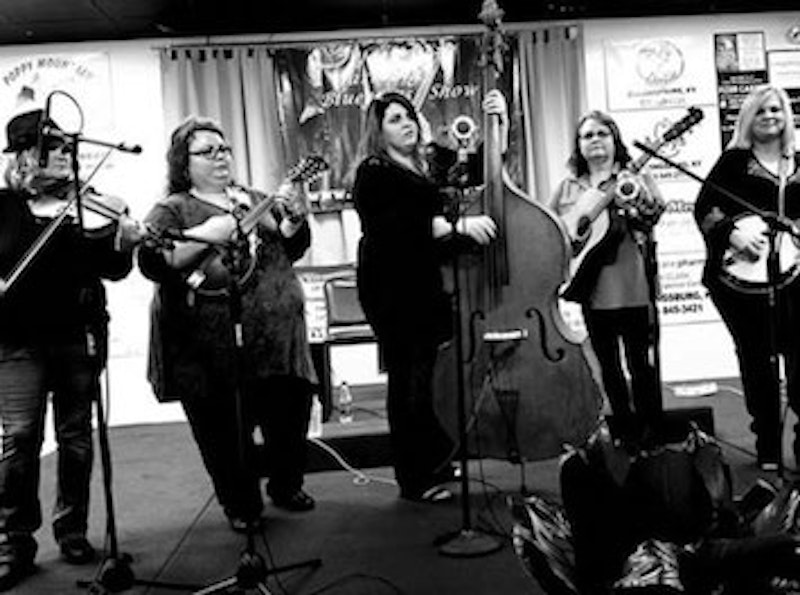 On iTunes, as I write this, the Top 10 country albums and the Top 10 country singles are all by men. This is bizarre, and also anomalous in the history of the genre, though it’s been this way on and off for the last five years. In that time, I've assayed different explanations. For a year or two I just thought the top female artists were between albums. They've all issued two or three since. Or it struck me that the country audience might be skewing female and gravitating toward cuter younger male artists. But you’d expect a female audience to gravitate also toward first-person representations of female experience, like Tammy and Loretta and even the young Taylor Swift. At this point the condition is chronic, and I’m at a loss for an explanation. Maybe it's the last gasp of the musical patriarchy.

Meanwhile, the country sub-genre of bluegrass, which was more or less purely male for many decades, has been floating the other way and has arrived at the glowing beauty and virtuosity of Sister Sadie, an all-female unit to match great big-old-boy groups like the Seldom Scene and Quicksilver. They just put out their second album, though in particular the guitar player and (alternating) lead singer Dale Ann Bradley—five-time International Bluegrass Music Award winner for best female vocalist—is already a celebrated veteran, and they've all played in various other contexts.

The basic model of the bluegrass group, deriving from the Bill Monroe and Bluegrass Boys, is a quintet, most or all of who sing, creating ravishing harmonies. However, these same guys should also be throw-down instrumental killers, great or even bewildering masters of the banjo, mandolin, fiddle, guitar, bass: incredibly fast and fun and improvisational. The first great models were Earl Scruggs, along with the sort of fiddlers who engaged in contests with the Devil: soul- sellers like Scotty Stoneman, for instance. For a couple of decades starting in the late 1940s, these groups traveled around like barnstorming sports teams, all wearing the same suits. They ripped through the repertoire with a military-like discipline, then on to the next town. That finally loosened up in the 1970s, but still the level of musicianship in the top bluegrass acts (Hot Rize, for example, which just issued a 40th anniversary live album, or IIIrd Tyme Out) is unbelievable.

The addition of women as bluegrass vocalists was natural. For one thing, a lot more women than men can handle the high lonesome "tenor" range in which many lead singers, starting with Monroe, have worked. The breakthrough artist was Alison Krauss, an incomparably lovely singer and a fine fiddle player. But now we're getting to the point where you can assemble a gorgeous group of female singers who are also crack instrumentalists.

Sister Sadie's second album (II) realizes the gender transformation in an extremely traditional frame, though perhaps the group favors a sound that is a bit more Celtic than most. This is probably due to the fiddle player Deanie Richardson, who’s the featured instrumentalist, and is about as good a fiddle player as you’ll hear, with a complete mastery of traditional idioms and an almost bebop-like tendency to turn or extend phrases unpredictably. Sister Sadie, which may be named after a Mark Twain character or a Horace Silver jazz song, can definitely handle the instrumental power-drive, as on "Raleighs Ride," though honestly you're probably listening for the great singing, as on the haunting voice-and fiddle arrangement on "900 Miles." For example, Tina Adair (I think it's her on that cut) shows Linda Ronstadt how a country singer would time out "Love Has No Pride." Most of the songs are recent originals, however.

As much as anything, though, I listen to Sister Sadie for the mandolin playing of Adair, who by day is an academic advisor at Belmont University in Nashville, where the country music program has turned out everyone from Brad Paisley to Florida-Georgia line. The basic rhythmic drive in bluegrass music, since Monroe, comes from the mandolin, playing "chop chords," which amount to a tuneful snare drum on the backbeat (there are no drums in bluegrass). Monroe himself regarded this rhythm as the essence of bluegrass, and no one chops harder or better than Adair, and she expands the idea into some elaborate rhythmic patterns. Right now, bluegrass has a dozen great mandolin masters, including Alan Bibey, Chris Thile, Adam Steffey, and Cody Shuler. Adair stands up well in this company, with a very distinctive and traditional sound.

Really, it's a good time for country music listeners to take shelter in bluegrass, in which you might still hear a beautiful female voice rather than a half-assed rap, and traditional acoustic instruments played by masters rather than swingless electronic drum tracks. Maybe ditch out of the country charts and into Sister Sadie II.