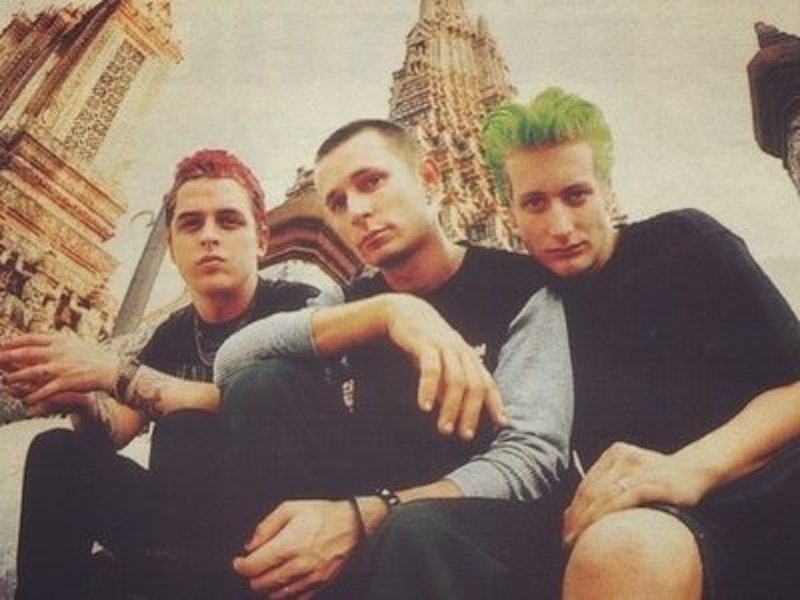 Jawbreaker’s Bay Area fans took Dear You as such a betrayal that they sat down at the release show with their backs turned to the band. Just a year after Dookie, the community didn’t want to be burned again. Obviously I wasn’t there, but it all seems so silly in retrospect. Scene politics aside, what virtue is there in bad sound? The guitars on 24 Hour Revenge Therapy just sound weak, and as far as I can tell, there’s nothing this band does that Green Day doesn’t do better. Twenty years ago, I would’ve gotten shot or duped with bad dope on Telegraph Ave. for saying that. Now, “sell out” has exited the lexicon, thank goodness. But after struggling for three months with this Jawbreaker record to get something out of it other than vague memories of the Tony Hawk’s Pro Skater soundtrack, I’ve given up and gone right back to Insomniac. Where Jawbreaker are sloppy and marble-mouthed, Green Day are relentlessly precise and powerful, and before I belabor the point anymore, plenty of people I’ve talked to about this insist I’m insane, that these bands are attempting something completely different, and—nothing against Green Day—but they only wish they could do what Jawbreaker did. Please.

Green Day’s greatest achievement was crippling punk fascism and fulfilling the failed dream of Hüsker Dü, another band caught in the middle, rejected by their fanbase and the mainstream marketplace in the late-1980s. Hüsker Dü might’ve made their most acclaimed records with Spot, one of the worst engineers in history, but there’s plenty to dig in with them: Bob Mould’s crystalline, shimmering, and methedrine-inspired guitar sound, unconventional Byrds-like chordal arrangements and guitar figures, and the bleaker and more subtle vocal melodies. Jawbreaker, and a million other bands that are safe to name-drop, just sound like generic, the off-brand to Green Day or blink-182’s Coca-Cola.