My Life With David Bowie

Lessons from Low to Hunky Dory. 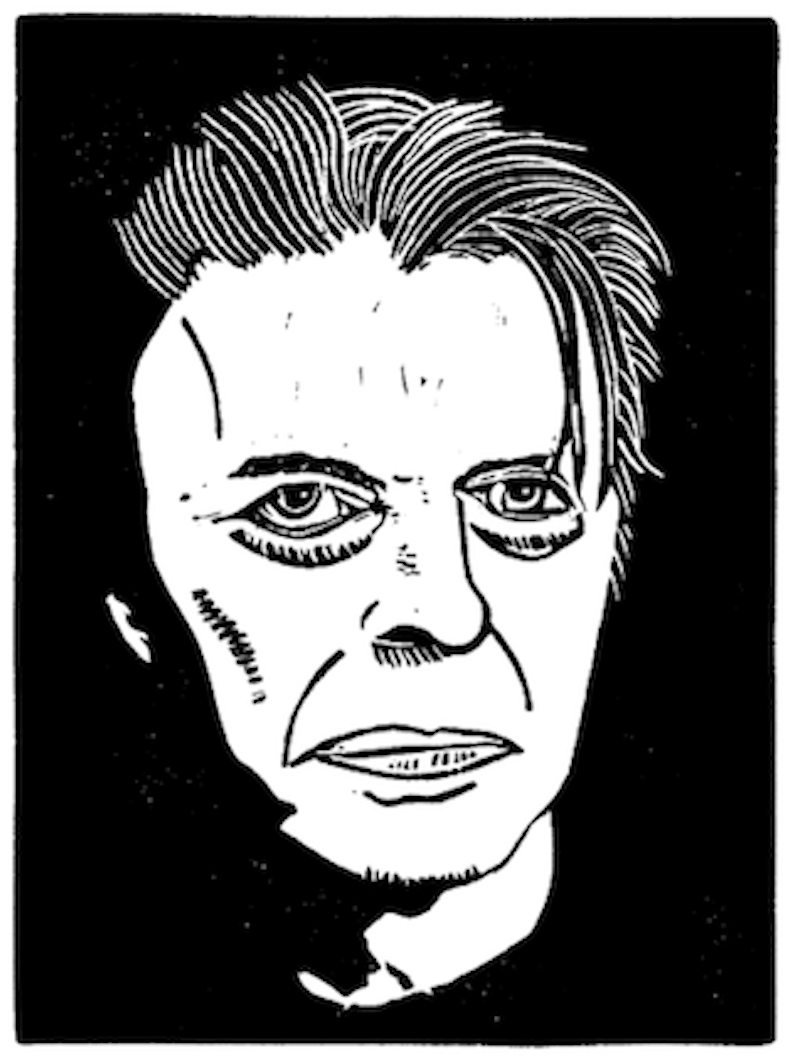 As a teenager, I suffered from depression. I woke up most days with a sense of ennui and hopelessness. My dark moods informed the music I listened to and led me to 1980s gloom rock like Nick Cave, Bauhaus, The Damned and the Chameleons. Occasionally I encountered albums so bleak I referred to them as “snuff music.” Among these were the Cure’s Pornography, Joy Division’s Closer and David Bowie’s Low.

Low was written and recorded in 1976 during a period when Bowie was attempting to kick cocaine. At the time, his close friend Iggy Pop was in a psychiatric hospital trying to overcome a heroin addiction. Bowie’s life was chaotic and he was obsessed with black magic, the Holy Grail and paranoid delusions. He moved to Berlin and took an apartment above an auto parts store. Written with Brian Eno, Low is a musical exploration of anguish and suffering as Bowie struggled to remain sober. The album became the first of Bowie’s “Berlin Trilogy” (along with Heroes and The Lodger).

As my own teenage moods spiraled downward, Low became an expression of my internal pain. I identified with Bowie’s torment and the music helped me access my own darkness. I played the album over and over, sinking deeper into the abyss with each listen. At one point I could no longer handle the distress. I burned the album in a ritual bonfire along with Leonard Cohen’s Songs of Love and Hate and Lou Reed’s Berlin.

Years went by and I discovered meditation, prayer and therapy. Slowly, through God’s grace and the passage of time, my depression lifted. My 20s became a decade of growth and self-discovery and my musical choices reflected this shift. At the top of my list were Peter Gabriel’s So, Tears for Fears The Hurting and my favorite, Bowie’s Hunky Dory.

Hunky Dory is a poetic and musical celebration of life. Though written in 1971, years before Low, the album celebrates a positive outlook for Bowie, one filled with hope, artistic experimentation and the inklings of joy. Starting with the song “Changes,” Bowie reflects on the “changes I’m going through” in a Buddhist-like fashion. He sings, “I watch the ripples change their size but never leave the stream of warm impermanence.” He’s learned that all things in life are temporary, even suffering. In the song’s chorus, he urges us to “turn and face strange, turn and face the strain.” This was a perfect accompaniment to the advice my own therapist was giving me: “face your pain, accept it and let it go.”

On the song “Quicksand,” Bowie acknowledges his unhealthy obsession with the occult, referencing Aleister Crowley and the frightening image of Himmler and the Third Reich. He sings that “he’s torn between the light and dark” and that “he ain’t got the power anymore” to avoid “sinking in the quicksand of my thought.”

Listening to Bowie’s words, I felt as if he were speaking directly to my soul. At the time I was reading books like The Road Less Traveled and the Tao Te Ching. Hunky Dory became the soundtrack for my spiritual journey. Everything in life was teaching me that freedom comes with letting go of the ego (death of the Self) and aligning with universal energy. Buddha spoke about surrendering one’s beliefs allowing the mind to move toward release. As Bowie sings on “Quicksand”—“Don’t believe in yourself, don’t deceive with belief. Knowledge comes with death’s release.”

The most joyous and life=affirming song on Hunky Dory is “Fill Your Heart.” Written by comedian Biff Rose (writer for George Carlin) and Paul Williams (songwriter for Barbra Streisand and Karen Carpenter), “Fill Your Heart” is a paean to peace and comfort. The song promises that the suffering of life can be overcome through the power of love. Bowie tells us, “Fill your heart with love today, don’t play the game of time. Things that happened in the past only happened in your mind.” When he sings, “Happiness is happening, the dragons have been bled,” it’s as if Bowie is celebrating the future slaying of his own demons of addiction. Buddhist energy runs throughout the song culminating in the lyrics, “Fear’s just in your head, so forget your head and you’ll be free.”

“Fill Your Heart” was sentimental and sugary but it got me every time. I’d had enough pain and misery. I yearned for joy. Being new to the happiness game, my initial forays were a bit simple, but they were earnest. Jesus proclaims in the Gospels, “Unless you turn and become like little children, you will never enter the Kingdom of Heaven.” Bowie helped me become a child again, rediscovering the simple act of smiling. Perhaps this seemed infantile to others. But to me, I was learning to enjoy life. And for this, I am thankful to David Bowie.