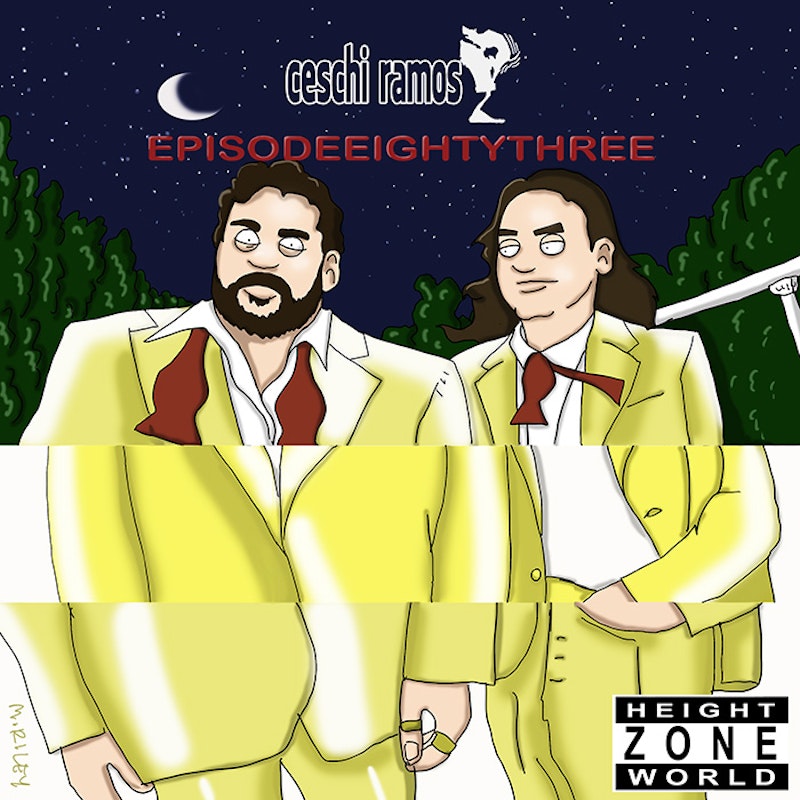 My guest this week is Ceschi Ramos. He’s a rapper/singer-songwriter, as well as one of the founders of the Fake Four label. He’s made a big impact in the underground music world, and we’ve shared many bills together over the years.

We talk about the early incarnations of his Anonymous Inc band, and his first taste of the music business big leagues with his Toca project. He tells me about his first solo albums, and how a tour with Germany’s DJ Scientist influenced him to change his approach to the music game. I ask him about starting Fake Four at a time when indie labels were dropping like flies, and he talks about the slow-but-steady growth they’ve experienced since 2008.

Mike Riley’s art this week is an homage to The Pharcyde’s Labcabincalifornia.