He Should Mackle Less 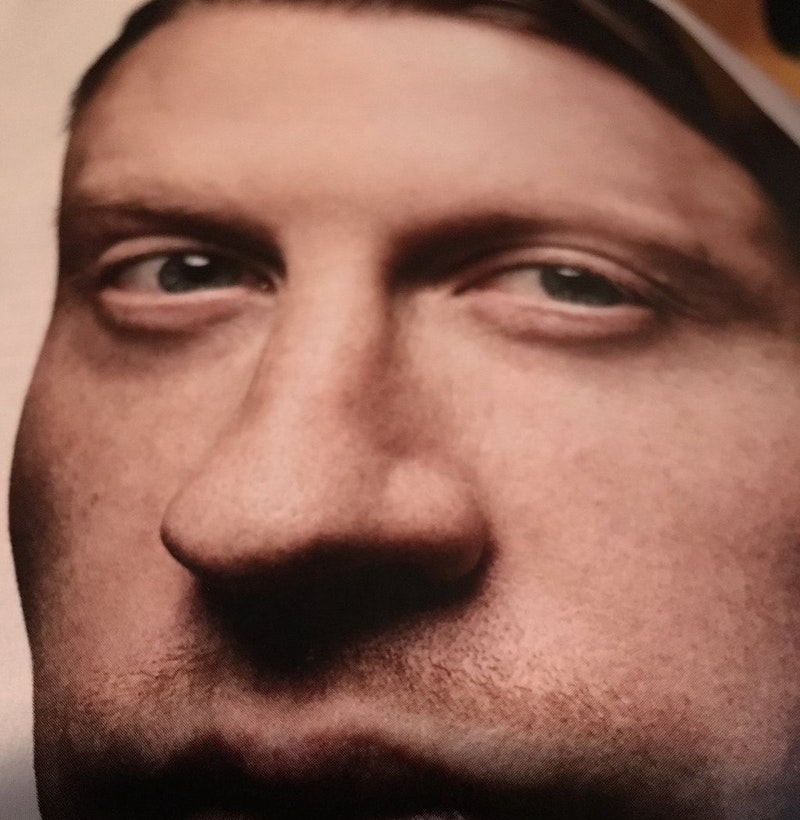 Macklemore reminded us in January that “White supremacy isn’t just a dude in Idaho,” just one of many choice lines in his ridiculous nine-minute single “White Privilege II,” not so much a song as a sound collage with spoken word bits and clips from the news blended in a la “Revolution 9.” It’s obviously influenced by Kendrick Lamar’s To Pimp a Butterfly, a kaleidoscopic and visionary work that for all its social import also had lots of great songs. Macklemore’s apology tour started as soon as he won the Grammy for Best Rap Album in 2014 over Kanye West, Drake, Jay-Z, and Kendrick Lamar, an absurd upset straight out of a Curb Your Enthusiasm scenario.

Because Macklemore is a muppet, a goofy-looking dude born and raised in Seattle, one of the whitest cities in one of the whitest states in the country. There’s a great anecdote in Heavier Than Heaven, Charles R. Cross’ biography of Kurt Cobain, where the Nirvana frontman is wandering around the MoMA in Manhattan and a black kid comes up to him and says, “Hey man, I love your record.” Cobain, flabbergasted, turns to his publicist and tells her “No one black has ever told me they like my music before,” totally sincere and all aw-shucks about it. Macklemore comes from that same space—he thought it was appropriate and cool to send Kendrick Lamar a private message after the 2014 Grammy’s essentially apologizing for winning—and then posting a screenshot of the message on Instagram. Not a good look.

Despite the whole world imploring him to mackle less, Macklemore is back and about to embark on a “small tour” (“seven buses and a 50-person crew, ‘spending about $70,000 to $80,000 a show and coming out a little bit ahead’”). I opened up the March 24th issue of Rolling Stone to Macklemore’s beige mound of a face staring back at me beside the headline "Macklemore’s Guilt Trip.” This should be good. The story is full of Macklemore stepping on rakes and making a fool of himself while trying to be humble and “spiritually on point.” He talks about being a “'a high school kid, fired up on reading Howard Zinn for the first time’” and “speculating that George W. Bush was behind the 9/11 attacks.” But the biggest takeaway from the piece is that Macklemore is a drug addict and an alcoholic who hasn’t had a drink in seven years but relapses frequently with plenty of other substances: “The drug I take depends on the relapse. It could be a pill. Lean. Weed. Something I snort. Something I eat. It doesn't matter—if I put anything in my body, I want more.”

He goes to meetings regularly, and on the eve of his first big tour in a few years, he’s understandably nervous about relapsing without the support of his friends in recovery. It’s all pretty boring, and I doubt anyone that hears “White Privilege II” will have their mind changed about anything, considering the only people listening to it are writers and commenters clowning on it—and everyone going to his intimate theater tour, and boy, that’s gonna be awkward. Robin Thicke was a clown too, but he was rapey, and that whole Paula thing? Creeeeeeeeepy. We made Macklemore so he could mackle more, not mackle less. America created Macklemore because we need him to step on rakes and make a fool of himself, it’s good for the culture. I just wonder how many people are in on the joke.