So You Need a Wedding Playlist?

Answering a call for help. 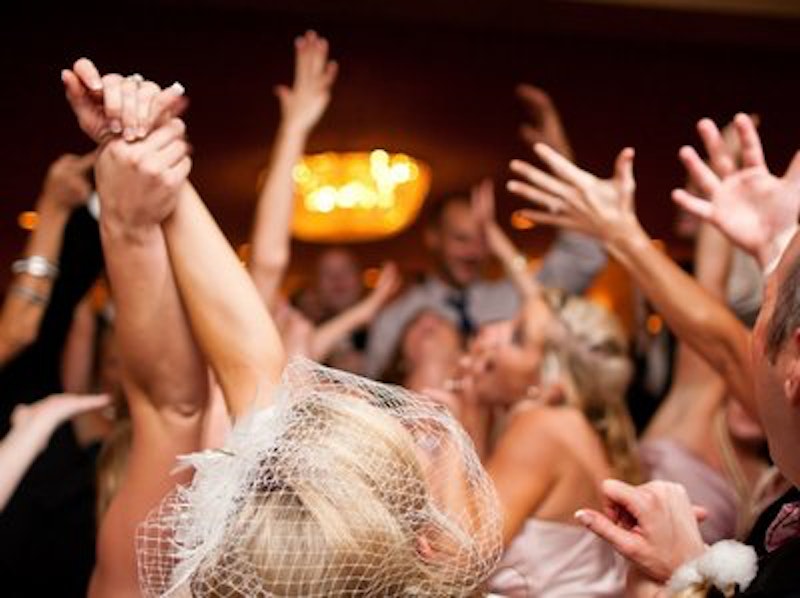 Years ago, I was a wedding planner. Except when the bride’s mother was a bitch, which happened around 25 percent of the time, I liked the job. It was a high burnout position with long hours, though, and I had to work every weekend, so with young kids, I didn’t last too long. I planned around 50 weddings, and learned a few things. When my colleague Jeremy Lott wrote an article the other day called “Help! I Need a Wedding Playlist!” I thought back to my time working with DJs and bands and brides and grooms in the painful process of “trying to find music to please everyone.”

It’s a tough task. You’ve got a mix of generations. Grandparents, parents, the happy couple, teenagers, and probably some Millennials who hate everything and only like music you’ve never heard of, so forget trying to please them. But there are a few general rules for wedding songs I can recommend that I’ve seen work.

—Pick a good walk-up song. When you’re announced into the room, the whole “appearing for the first time in public…” It should be a cool song. Not Kenny G. If you don’t pick your walk-up song, he’ll play some crap like Kenny G.

—Trust me on this: C+C Music Factory’s “Everybody Dance Now” will bring everyone to the dance floor, like some kind of snake-charmer effect. Possibly because a command is right in the song title? Not sure, but it works.

—Practice dancing to your first song in your living room. You don’t want to look like the king and queen of the prom with that shuffle-around thing. It’s going to seem like a month that everyone’s staring at you. Watch YouTube videos of first dances or dance lesson couples and get a good box step going, a little twirl move, something. I’m not saying work out a fully choreographed, surprise “Time of Your Life” from Dirty Dancing that you want to see on YouTube with millions of views because that’s been done.

—Sentimentality is a winner. The wedding song of any parents or grandparents who happen to still be married/there/living. Drag out the Frank Sinatra or whatever that old tune was and have them start off the dancing for the song; it’s a crowd pleaser.

—Motown is a classic, safe go-to. “Respect” or “Dancin’ in the Street” or any number of songs in the genre (but not “Celebrate” by Kool and the Gang, the number one overplayed song at weddings) will bring a crowd to the dance floor. Tell the DJ not to play a downer song once people are dancing—it’s the worst, and wedding DJs do it all the time. A mix of modern and old is always good.

—Be careful with allowing requests. Do you really want the DJ letting everyone at the wedding turn in bar napkins with their Justin Bieber favorite tune jotted down? Things could get terrible fast. At least have him tell people he has a long playlist to get through and he’ll “try” to get to their song.

—Decide now how you feel about line dances. I taught the Macarena more times at weddings than I care to remember. There are people at your wedding, Jeremy, who will have a lot of fun rocking out to “Achy Breaky Heart” and the Electric Slide and the Cupid Shuffle, and making fun of these people will be the spectator sport of many of the other people (even the Millennials can have fun rolling their eyes while they complain about the non-craft distilled beer), but you’ll have to decide in advance, because line dances can take over your reception at pancreatic cancer-level speeds, and let the DJ know how far down that line dance road you’re willing to go. Is it Chicken-Dance far?

—I don’t know why, but The Proclaimers’ “I’m Gonna Be (500 Miles)”, once everyone’s had a few drinks, seems like the most popular wedding reception song of all time to people at 49 of the 50 weddings I planned, and the other one had a cellist. Wedding guests jump and down and cry and hug each other and dance and carry on when this song is played. The attraction of this is a mystery. It’s not a bad thing, but just do it after the cake, because you don’t want that thing getting knocked over. I’ve seen it happen.

The whole event is going to be over in what suddenly seemed like five minutes, Jeremy. I’d say just have fun, relax, and dance with your beautiful bride as much as you can, because then you won’t have to talk to people.