On Bobby J. & the Generations and the brilliant careers and output that followed. 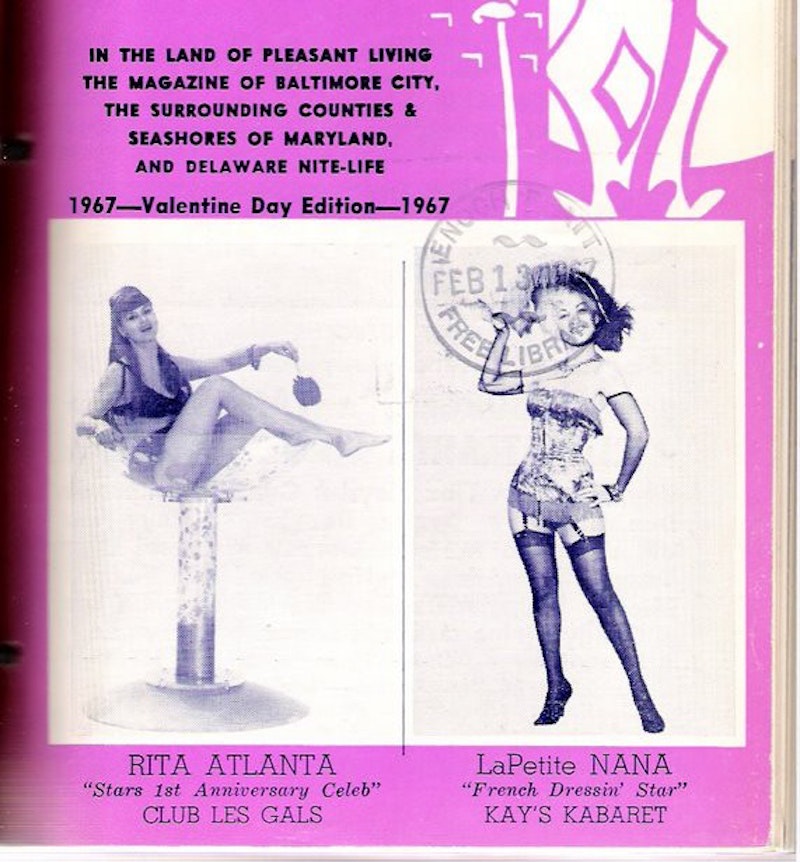 In the wake of the Dome release, Bobby J. & The Generations began to venture beyond central Maryland. The group regularly wowed crowds in Salisbury, Ocean City, and at western Maryland’s Wisp Ski Lodge. They transformed into a regional powerhouse and gained an unlikely alliance through The Chavis Brothers, a popular show band who dominated the mid-Atlantic nightclub scene during the pre-Beatles era into the late-1970s.

With a varied repertoire of wild 50s rockers and 60s pop hits, The Chavis Brothers' performances sparkled with Vegas sheen. These multi-media events incorporated music, comedy bits, high fashion, and other glitzy elements. Lead singer Danny Chavis was famed for being one of the East Coast’s earliest and best Elvis imitators. The biggest thing that made them stand out that all five brothers were of Native-American (Lumbee) descent, unusual in the predominantly white 1960s lounge music scene. The group’s big-ticket gigs brought enough success that Danny Chavis was able to open his own venue, a Baltimore hot spot called Club Basement that featured regular performances from Bobby J. & The Generations.

For more than a decade The Chavis Bros. played Club Basement about every other night. Ray Smith and Phil Fox were employed there as booking agents. Concurrently the pair ran Fox Talent Agency, which booked events at nightclubs all over the Eastern U.S. None of the former Generations or anyone from Fox could remember exactly when their paths crossed, but most likely this happened in mid-1967. Ray Smith contacted the group directly asking if they’d want regular work opening for bigger artists. Their response was a unanimous ”Yes!” This association guaranteed higher-paying gigs and exposure far outside the PG-rated/soda pop-fueled teen scene that the now college-age group had outgrown.

The new management had The Generations touring throughout the South, the Northeast, and DelMarVa: NYC’s Metropol Café, a bar in an Asheville, NC office building, an all-night bowling alley in Newark, NJ, an opening slot for Link Wray at DC’s Rocket Room, and numerous gigs supporting The Chavis Brothers. A grueling endurance test came with jobs that Fox got them at seedy strip joints in DC and on The Block, Baltimore’s Red Light District.

Tony Montone: We played The Block…

Bobby J. Davis: Back when Blaze Starr made The Block.

Tony Montone: She’d throw her bra and it’d get caught on the guitars… I (was) working for the Baltimore City Police Department as a mechanic, that’s what I specialized in through school… and we were playing some strip joints down in DC and I’d get home at four o’clock in the morning. I’d get up at seven o’clock on three hours sleep… and I’d be under the car falling asleep. I’d take the jobs that’d be underneath the cars so I could fall asleep. After that began I said, this isn’t fair, I gotta quit.

In August ’67 The Fox Agency also managed to rustle up a third Generations recording session. Guitar hero Link Wray helmed the production at his Three Track Shack down in Accokeek, MD, just south of DC. The group-penned “Thing”—a song about the monster from Howard Hawks’ 1951 film The Thing From Another World – was the only track cut at the session.

Bobby J. Davis: “Thing” was just like a pretty heavy pumping song, but it wasn’t like “Lost In Time.” It was pretty fast and danceable.

The song was supposed to be released on vinyl by DC’s Broadway label. For reasons now forgotten it never came out. Nonetheless, in yet another high profile Fox booking, Bobby J. & The Generations did end up on local TV station WBAL’s dance party program The Kerby Scott Show. They got to lip-sync “Thing” before a live studio audience as an opening act for The Fifth Dimension and Gary Puckett & The Union Gap.

Despite the canned music, The Generations' raw irreverence still managed to shine through during an on-air interview.

Despite their lucrative partnership, the steady work with Fox couldn’t keep The Generations together. The band members had grown apart. Their primal rock blast didn’t hold much ground as late-60s music became more spaced out and progressive. In May ‘68 the group chose to part ways. Tony Montone and Don Rogers then formed a Top 40 cover band called Dryed Ice that enjoyed local success during the 70s. Later, Montone got involved with sound production working as an engineer at the Recordings Incorporated studio in Baltimore; he went on to open his own studio in the 1980s. Don Rogers gave up music soon after leaving Dryed Ice in the 70s.

Drum basher supreme Alan Klein’s rock ’n’ roll legacy began and ended with The Generations. In 1968 he married his high school sweetheart, got a day job working as a trucker, and promptly drove off into obscurity.

Bobby J. Davis’ musical voyage went on for the rest of his life. In the 1970s he jammed and joined up with different Maryland groups. His most notable post-Generations combo was a Chicago-esque horn rock band called Good News. This group opened for Black Sabbath multiple times despite the fact that they never released a record. For most of the 1980s and 1990s Davis had a solo act playing guitar and singing accompanied by electronic instruments, performing at hotel bars throughout Towson and Parkville. He passed away five years ago.

According to noise musician/music collector Mike Bell, a good part of the guitarist’s final years were spent working behind the scenes at the Arbutus Record Show (a monthly event held in Baltimore’s western suburbs). It was the perfect way for Davis to end his career: the leader and founder of Bobby J. & The Generations, the head shredder behind Maryland's craziest 60's punk anthem, presiding over a celebration of DelMarVa’s crazy awesome lo-fi heritage.