I do it for you, the American people. 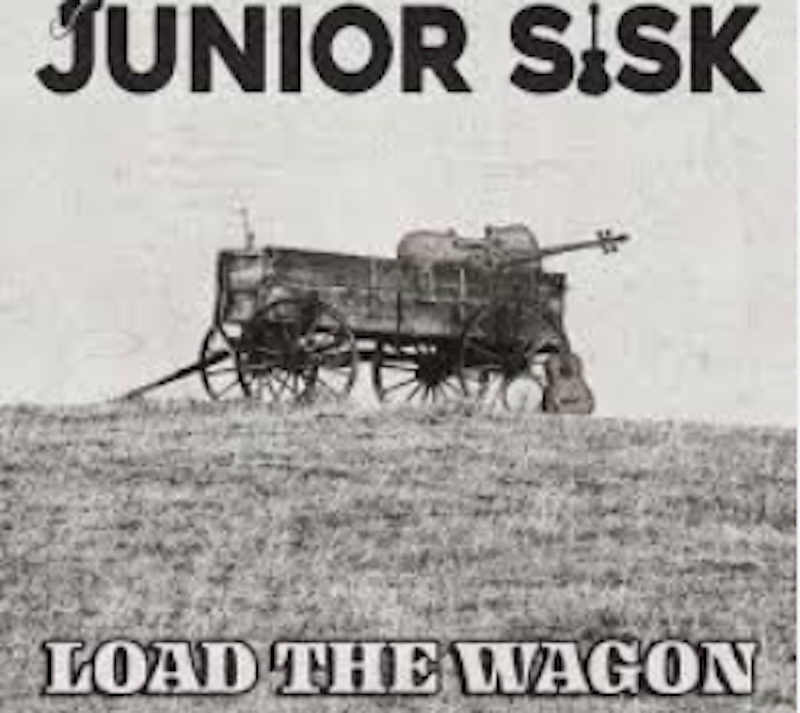 In these troubled times, I feel all too vividly the moral obligation to share my definitive country music judgments with a doltish, though adoring, public. It's hard work, but I've never, or only rarely, been afraid of hard work. This is a sacrifice I gladly undertake for you, the American people. And anyway, I enjoy doing an annual Top 10. I feel industrious and useful as I listen back through the year.

The power trio of country music put out two albums this year: the country-rockin' Country Fuzzearly on, and then in the fall this wild, coherent, beautifully-played gem, inventing country funk.

Sometimes I'm not sure how good I actually think something is, or I'm not fully able to distinguish what I think I ought to like from what in fact I do like. Maybe RaeLynn, former Voice contestant, isn’t what I think a sophisto asshole such as myself should recommend, really. But one way I can tell how good I really think a record is, is by how often I listen to it, and once I grabbed RaeLynn's six-song EP I bumped little else for a month or so. Hilarious, rocking, touching, and well-sung, this is some of the best and most potentially commercial contemporary country music I've heard in a while. She's definitely improved since The Voice and since her last LP. I'm nominating her rather than Kelsea Ballerini from the young singing-contest cohort (though I liked Kree Harrison's album this year); for one thing, Kelsea is just too derivative of Taylor Swift.

RaeLynn's video for "Keep Up" constitutes a comprehensive history and ecstatic culmination of the music video as an autonomous artform, which is to us what the novel was to the 19th century. (Unlike the novel, however, the music video has never abandoned or even edited Paula Abdul's choreography for the Laker girls.) In this transcendent masterwork, RaeLynn establishes beyond quibble that she’s the next Beyoncé, and then some.

I’ve worked the last few years on learning bluegrass mandolin, and listening to Sierra Hull alternatively inspires me and makes me despair. She's the best I’ve ever heard, and that includes Thile (and see the Sturgill Simpson album, below). Unlike many other classically-trained virtuosi (Berklee), she can play loose, improvise, go bluesy with complete conviction. But a mandolin orientation is only one way of listening to this masterful and stylistically eclectic album: Sierra the singer grows lovelier, and the writing’s smart, alternately complex and straightforward, like her playing. This delicate, generous, coherent sequence of songs combines accessibility and the highest imaginable level of musicianship.

Incredibly sweet debut in a deep trad vein, out of Austin, with hints from everywhere in the history of women singing country music in the soprano range: touches of Emmylou, Dolly, and in particular my heroine Jeannie Kendall. "Is there somebody you made blue? Somebody's drinking about you." She slays me with her supple reading of songs like "Pathway of Teardrops," and there's a lot to be said for the name "Tessy Lou." She's not going to get this material on the radio, so you should buy it somehow.

Sisk is one of the best singers in traditional bluegrass, with one of the best set lists. He's a highlight of the Gettysburg Bluegrass Fest every year, so I've seen the crack band he leads (Rambler's Choice) a number of times. This is an excellent example of the oeuvre: focused, varied, amusing, and definitely reactionary.

She asked if I want children,

I said eight or ten.

She said with a grin.

But beatin' on that bunch is gonna keep your butt a-draggin'.

I said "don't worry about the mule,

now you just load the wagon."

Alecia Nugent, "The Old Side of Town."

Alecia Nugent is something of a legend, at least to me. She put out three great bluegrass albums in the 2000s on Rounder, singing them like a young Patty Loveless, then disappeared, apparently to be a mom and do odd jobs like selling cars and writing for a newspaper in Louisiana. For years, I checked every few months just to be sure she hadn't put out some music (for that matter I keep checking on the apparently-retired Patty too). Maybe I’d finally given up, because I missed this for a bit. It's a full-on electrified country album, as traditional as could be imagined, produced by Keith Stegall. Running through a fine series of songs, Nugent gives instructions throughout in hard-ass country timing.

Sturgill basically re-recorded his body of work (20 cuts) with a crack bluegrass band. That doesn't quite make it bluegrass, though: it's about his Waylon baritone rather than high-lonesome harmonies. Sierra Hull provides the (stellar) mandolin, Stuart Duncan the fiddle. I like many of the songs better acoustic; I didn't love the elaborate and odd way the studio versions were produced. It's the lyrics that make Sturgill distinctive.

That's even more jarring and amusing with a bluegrass band than processed in the studio.

This bluegrass singer from Australia (got an Australian band of killers, too) has a rare combination of power and delicacy, and her albums (this is the sixth or so) get better every time out. Women are becoming dramatically more homicidal, at least in country music, often exacting a hideous vengeance on cheaters and abusers, emulating such proud, self-confessed murderesses as Miranda Lambert. "If I come for you 'neath the blood red moon, there won't be no headlights," croons Kristy. Ashley McBryde on her album this year introduces us to the plausible legal theory that "It ain't murder if I bury you alive."

Maddie and Tae, "The Way it Feels."

Their third album gets these country-pop girls over adolescence to the first flowering of their maturity. Their intertwined voices seem indistinguishable, and some of the songs are surprisingly excellent: more than just fun. I think they touch a nice spot between the trad and the radio-friendly. You may find the first few songs somewhat annoying, but this 15-song set improves mightily as it goes along, arriving for example, at the lovely "Lay Here With Me," feat. Dierks Bentley. At their best they sound like intertwined Kacey Musgraveses.

If Taylor Swift's Folklore were a country album, it'd be #1 or 2; it's just the sort of maturation I'd wish for one of our greatest singer-songwriters. But I decided it's not country, on what thin basis I'm not entirely certain.

Collapsing 1-10 onto a 124-song list makes for a nice, varied extended play, with occasional shocking lurches.