Revisiting Radiohead's revolutionary Kid A, released 20 years ago and still as fresh as ever. 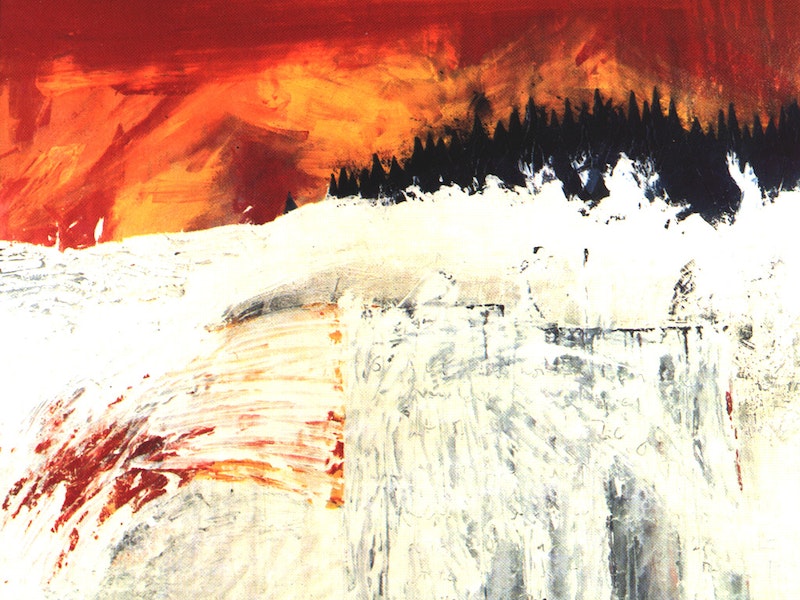 Twenty years ago, as the 1990s came to a close, there was much talk of “electronica” (as it had been labeled) becoming the next big thing in rock music. In hindsight, rock was on its way out as a cultural force, and electronic music failed to give it a much-needed shot in the arm. Many of the critical darlings of the early-2000s would turn out to be bands whose sound was anything but 21st century: there would be a garage rock revival, and a post-punk one, too. The next two decades of music and popular culture would feel like a long postponement of the 21st century, as though we weren’t really sure what to do with the future now that it was here. As it turned out, there were no new, exciting genres just around the corner. But in the year 2000, there was still a sort of naive optimism running through contemporary culture that had permeated the previous decade, and still a feeling that as technology evolved into astonishing new forms, everything else would too, including music.

It was in this climate where Radiohead found themselves unsure how to follow 1997’s OK Computer, their most commercially and critically successful album, itself preoccupied with the effects of technology, both thematically and literally (its melding of electronic elements with rock music was noted by many at the time). The grueling tour, and frontman Thom Yorke’s nervous breakdown as a result, has become one of the defining moments of the band’s still-ongoing myth. As the story goes, Yorke became tired of being in a rock band, whereupon he bought the entire back catalog of the Warp Records label, and became convinced that the true future of music could be found in the sounds created by the likes of artists such as Autechre, Aphex Twin, and Boards of Canada. The band took to the studio, writing as they recorded, and through what was reportedly a long and arduous process, Kid A was made.

It’s a great story, but what makes it so is that the album—one of the most anticipated of its time—was a masterpiece. The band had managed to not only completely reinvent their sound, but to craft a set of great songs that made a more cohesive whole than even OK Computer had. There was also a catch: Radiohead no longer sounded like a rock band, or at least not the band that had made their previous album. Many of the new songs featured no recognizable guitar, a curious departure given that the band had managed to do something genuinely inventive with guitar-based rock music during the latter half of the 1990s. Not surprisingly, the new sound alienated many listeners and critics. With the band serious about their aspirations, and the anticipation of both the fans and critics at an all-time high, it was a bit much to the unconverted.

I started taking music seriously just a couple of years before, and to my ears many of the sounds on Kid A seemed alien—warm, ambient synthesizers, rich string arrangements, free jazz freakouts. It taught me something that I hadn’t yet encountered: sometimes music needs to be listened to repeatedly before it starts to open up to the listener (Miles Davis’s Bitches Brew and Aphex Twin’s Selected Ambient Works Vol. II, both of which I had purchased around the same time as Kid A, would teach me the same thing). The album’s opening track forced the issue: “Everything in its Right Place” has a strange, repeating four-chord sequence set to a sparse bass drum beat in a 10/4 time signature. That song, and the title track that followed it, was a salvo that announced the arrival of Radiohead as no longer a conventional five-piece band, but more as arrangers for Yorke’s songs. On many songs from this point on, it would no longer be clear to the listener which band member was doing what, or even if they were present on the track at all. The band would approach music much in this same way for the next two decades.

By working in a way that offered no clear delineation of each member’s duties or commitment to any set sound as a band, they neatly sidestepped the issue of sounding like a rock band with their new sounds layered on top. Radiohead understood that to incorporate electronics—and their many other influences from this period, from jazz to krautrock—required questioning rock’s formal structures as well. But for all the lazy critics’ accusations of “self indulgence” the band received at the time, the band were always consummate formalists, with about as many traditionally structured songs as not on the album. Critics also accused the band of sacrificing melody for texture, but Kid A was just as melodic as their earlier work. What critics were looking for were “hooks,” something the band had moved away from.

It’s a strange notion now, the idea that a band could still potentially change the direction of popular music. Radiohead didn’t do that, but they didn’t need to—crafting a perfect album was enough. Kid A’s emotional territory was ominous and threatening, giving the sense that doom—in one’s personal life or in the world at large—was just around the corner. The “dystopian lullabies” derided by the band’s detractors are more prescient as the years passed. With Kid A, Radiohead created an album that still hasn’t given up all its secrets, even 20 years later.