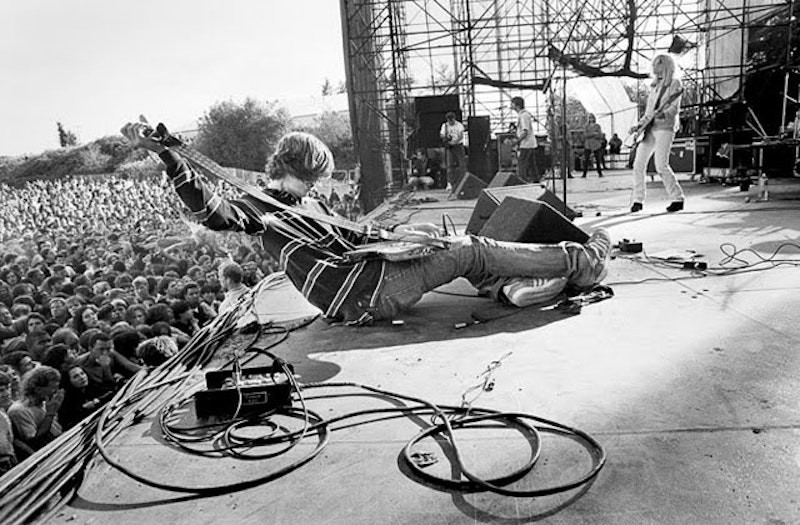 No, Daydream Nation isn’t represented on this list, because after years of trying I can’t get into it. Yes, Dirty is overrepresented on this list, because it was my initial point of entry into Sonic Youth’s idiosyncratic world. This now-defunct NYC band existed and inculcated audiences into outsider art, music, and culture for three decades. Too much ink has been spilled about them in the past for it to be worth me attempting to summarize their appeal or ethos here—and even if I did, you probably skipped this paragraph and began to decry my picks almost immediately after clicking the link. Let’s get to it, then. Come at me.

A sly friendzoning wrapped within a preconceived sexist heat mirage beneath a bald metaphor, “Creme Brulee” moves with at the agonizing pace of toothpaste oozing from a spent tube. Nonetheless, a salve may be required; this thing burns.

If memory serves, I wound up with two copies of this one. A promo came after I’d already ordered it from the SYR store. (Remember the days when you ordered albums by sending a check in the mail? No? Well, nobody else does, either.) Some will dissent, but "Invito al ĉielo" is the best thing slab of SY Jim O’Rourke had anything to do with, 20 form-free minutes of feedback, horns, samples, wavelength jilting, and Kim thumbing her nose at the very notion of “language.” This ain’t “Teenage Riot.”

So: fucking, fucking off, or bailing the fuck out of dodge? Lee doesn’t sound too sure, himself, but I’d choose him to drive the getaway car any day, with Steve riding shotgun.

Legend has it that Thurston tossed a lit firecracker into the booth as Lee was recording his vocal for this song.

Simon Werner a disparu, the soundtrack to the film of the same name, was a mesmerizing note for SY bow out on. Consider "Dans Les Bois Monsieur Rabier" their needling take on low-stakes cocktail lounge jazz—but don’t dare turn down the volume while I’m visiting.

Eons after their “almost-pop phase” supposedly ended, SY finally struck the ultimate balance between melodic sweetness and weirdo tuning; “Jams” would prove to be the band’s last great song.

It was already pretty obvious that Clarence Thomas was a dick, and one-termer George Herbert Walker Bush was governing on borrowed time anyway. But then SY went and translated its disgust with both men—and the dog-whistling ideology they stood for—into the gnarliest punk anthem corporate cash could bankroll.

I’ll have much more to say about Silver Session for Jason Knuth in months to come. For now, just know that “Silver Panties” is the sickest, most ferocious cut on this particular LP, churning away discordantly into infinity, and maybe even beyond.