Even though his music is terrible. 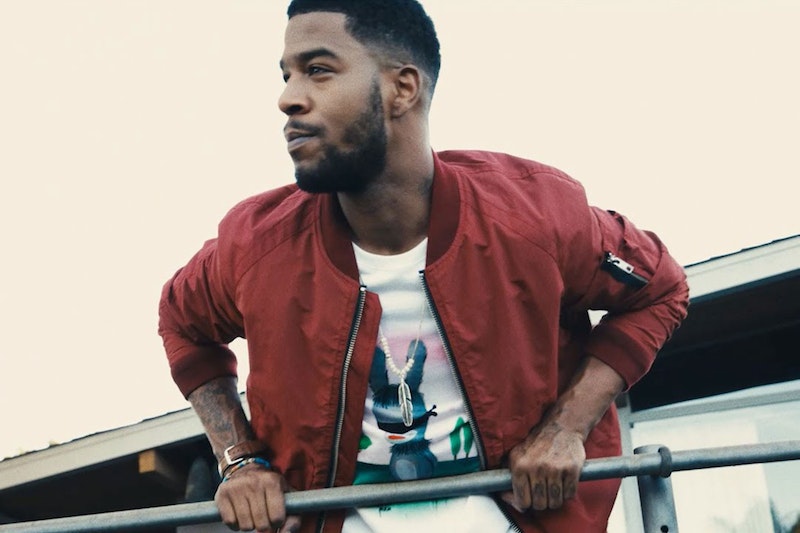 On his new single, "Surfin'," Kid Cudi raps, "Now I ain't riding no waves/Too busy making my own waves, baby." Clunky, but true. He's started more trends than any other contemporary rapper, and done it while being a critical joke.

When Cudi announced that his new album—Passion, Pain, and Demon Slayin'—would be delayed due to sample clearance issues, I shrugged. Who cares about Kid Cudi anymore? I stopped listening to him in 10th grade, when I became too old to ignore all the cringe-inducing moments that mar his best songs. He ruins the outcast stoner anthem "Soundtrack 2 My Life" with the nonsensical line, "I live in a cocoon opposite of Cancun/Where it is never sunny on the dark side of the moon." What? It's even worse on "MANIAC," where he closes his verse with a request: "I like the dark, maybe we could make it darker?/Give me a marker." And then there's the entirety of "Heaven at Nite"—a taste: "Focus on floating, your focus is tight/Like you rewrote an essay for a class"—which would be a beautiful song if I didn't know English.

What's salvageable? "Day 'n' Nite" is an unimpeachable gem; "Mojo So Dope" broods without slouching into melodrama. But that's about it, and everyone else seems to agree with me: his album sales—along with, not coincidentally, his pop ambitions—have steadily dipped since his 2009 debut, culminating in last year's universally reviled alt-rock epic Speedin' Bullet 2 Heaven.

Despite all this, Kid Cudi might be the most important rapper of the decade. He's the Velvet Underground of hip-hop: every kid who listened to him started rapping.

Lil Uzi Vert, Travis Scott, and Lil Yachty—three young artists setting the sonic tone for hip-hop in 2016—have cited Cudi as a formative influence. Scott called Cudi his favorite artist, and argued for a critical reappraisal, in a recent Hot 97 interview. Listen closely and you'll hear Cudi's influence on any auto-tuned Soundcloud track that initially just sounds like a Future rip-off.

But Cudi's influence stretches beyond Soundcloud; his fingerprints are everywhere in contemporary hip-hop. He informed the sound of Kanye West's genre-shifting album 808s & Heartbreak, and with it created a lane for sing-rappers like Drake and Future. Also, since the beginning of his career, his albums have been primarily solo affairs, way before J. Cole went platinum with no features.

Ultimately, though, his ideas need to be filtered through another artist to be enjoyed: where Future's guest-less albums are insular, Cudi's are solipsistic; even Uzi's slowest songs have a glee that Cudi never channeled. And so, while I can't listen to his music, I can appreciate his influence. And hey, maybe Passion, Pain, and Demon Slayin' will be good, but judging by the lead single's chorus—"Couple girls, couple stories, and a couple shrooms/Hmm"—probably not.