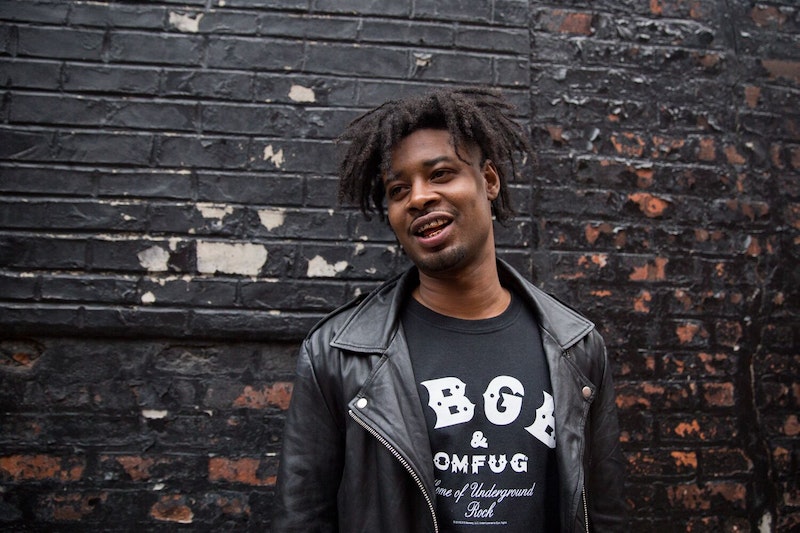 Warp’s lawyers dashed my plan to write about “Lost”—good luck streaming that chestnut on YouTube—so, “Pneumonia” it is, warped, matte black, joyless. Though, artistically, Danny Brown has never really been a “fun” rapper, Atrocity Exhibition continues the essential miserablism he traffics in. This isn’t anyone’s favored soundtrack for tapping the weekend’s fifth off-campus keg; on “Pneumonia” every verse turns like a corroded screw driven into your social consciousness. Evian Christ’s production clanks and clangs forebodingly, Edward Scissorhands reincarnated as the Ghost of Christmas Past, shadowing listeners at an impolite distance.

The Blank Face LP is an album about hustling, hard living, and hard knocks; it takes various cues from Dr. Dre’s The Chronic, Snoop Dogg’s Doggystyle, and Ghostface Killah stylistically and its avowed lack of interest in how we might feel about what it has to say about life in blighted, black urban America. That casual, curdling candor especially informs “John Muir,” where Q spits gravel bars over a languid, loping beat. It’s travelogue and origin tale, a sort of soulless soul bouncing on the soles of feet that can’t stop, won’t stop moving from driveway to driveway, from image to image. Abrasiveness isn’t necessarily significance, except sometimes, it is.

I’ve more of less come to terms with being a casual Chance the Rapper fan, cradling singles when it suits me, then ducking away again. He’s less a winning MC to me than a hip-hop comfort-food host who throws the best house parties on his block. The latest is “No Problem,” where he tries on a fake Young Thug patois then corrals Young Thug for what must be the most uplifting video of 2016—which, turns out, doubles as an extended advert for 2Chainz and Lil Wayne’s Collegrove LP. The former is amiably forgettable; the latter is bemusedly direct. No verses stick, but whatever black cloud you were laboring beneath will have dissipated under mysterious circumstances.