Eight Insistent Songs From the 1960s

Tunes that turn your guts inside out. 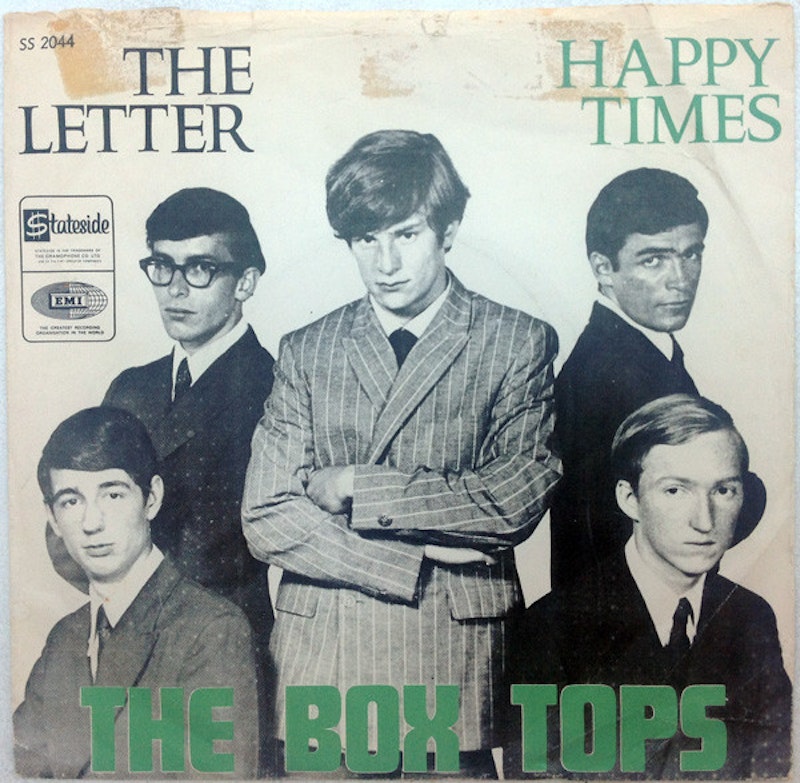 A few months ago, a college buddy of mine posted a mildly provocative question on Facebook, asking “What was the best late-1960s group/song?” Kurt went with Moby Grape’s brilliant “Omaha” from the ill-fated band’s first album in 1967. (I say “provocative,” since when you talk 1960s topics—as Boomers do, and do, and do—only current politics is more controversial than “our” music, narcissists all.) His choice received some immediate kickback—anyone growing up at that time and who wasn’t hopelessly out of it, has an opinion—with a lot of varying choices balanced by fellow Grapeheads.

I thought about it, too, and while arriving at a different answer, pondered an alternative line of inquiry (that it’s taken so long to compile the list below isn’t an indication of laziness; I figured it’d be an appropriate time-killer on this unusual Thanksgiving Day). In this exercise, I’m not necessarily listing my favorite songs of the 1960s, but the most urgent when you first heard them on the radio or turntable. The kind of tune that takes just one listen to immediately embrace it, not a slow-cooker like, say, George Harrison’s “Long, Long, Long.”

In no particular order (with the caveat that I could have eight different titles—a baker’s short-shrift—tomorrow that would be just as qualified in my cluttered mind), here are some instant classics.

—“Uptight,” Stevie Wonder (1965). Aside from “Fingertips, Part I and II,” Little Stevie hadn’t yet really broken through, despite showcasing a remarkable voice (Michael Jackson, several years later, and promiscuously compared to Wonder, couldn’t carry the latter’s harmonica). “Uptight,” beginning with an insurgent, brassy, almost martial intro, then leads to these lyrics (Wonder’s first co-written song): “I’m a poor man’s son, from across the railroad track/The only shirt I own is hangin’ on my back/But I’m the envy of every single guy/Since I’m the apple of my girl’s eye.” I was just 10 when “Uptight” hit #3 in early-1966, but knew that being the “apple of my girl’s eye” had to be swell.

—“The Letter,” The Box Tops (1967). I wasn’t driving when I first heard Alex Chilton (later a cult favorite with Big Star) belt out, “Give me a ticket for an aeorplane/Ain’t got time to take a fast train,” but had I been behind the wheel I might’ve landed in a ditch. Chilton didn’t write the song, but his fast, growling vocal defined it, and at a minute and 59 seconds, was a perfect pop single.

—“Like a Rolling Stone,” Bob Dylan (1965). I’ve written so much about Dylan over the past 45 years that I’ll keep this brief. Of course it’s a mammoth song, and of course it pulverized you upon hearing (even the truncated-version) it on the radio or record player. (“Like A Rolling Stone,” was the prototypical killer lead-off song to an album, and Highway 61 Revisited remains my favorite record ever made, for the breadth of songs, all out a 24-year-old’s manic and bursting mind, and its outsized influence on pop music.) What’s strange about the song is that it was greeted as a joyous romp that “opened up your mind,” probably because of the carnival organ, even though it’s Dylan really nasty lyrically, making the his previous “My Back Pages” and “It’s All Over Now, Baby Blue,” also “revenge” songs, seem tame.

—“Piece of My Heart,” Big Brother and the Holding Company (1968). Could be in the minority, but I think Janis Joplin was one of the most overrated artists of the 1960s. It was a shock when she died in 1970, just two weeks after Jimi Hendrix, but aside from her cover of “Piece of My Heart,” which did grab you by the nuts, and “Ball and Chain,” what else did she do that was superlative? I can’t think of a single song—certainly not from the posthumous Pearl, with the so-so “Me and Bobby McGee” and novelty “Mercedes Benz” getting the attention, along with the warmed-over “Cry Baby.” But Janis had her moment with “Piece of My Heart.”

—“So You Want to Be a Rock ‘n’ Roll Star,” The Byrds (1967). Aside from its bang-up opening hook, this single (one of the last Byrds songs to chart) spoke to a generation of (mostly) male teenagers. I was 12 when the song came out, and obviously I wanted to be a rock star. Who didn’t? Roger McGuinn and Chris Hillman supposedly wrote the song in a fit of pique, reacting to the manufactured Monkees—the disillusionment of fame (give me strength!), swindling record companies and agents—but I always assumed it was tongue-in-cheek, since there were 50 groups in the L.A. scene who’d gladly “make the charts” and have “girls tear them apart.”

—“You Keep Me Hangin’ On,” The Supremes (1966). The eighth Number One song from The Super Girls (another Holland-Dozier-Holland composition), “You Keep Me Hangin’ On,” in comparison to past hits, like its predecessor, the dreamy “You Can’t Hurry Love,” zooms out of the gate, and at the time I wondered if the Motown chiefs cattle-prodded Diana Ross and her mostly perfunctory mates. The song was insistent and never let up. When Ross sings, “Why don’t you be a man about it, and set up me free?/Now, you don’t care a thing about me, you’re just using me.” Burn, baby, burn!

—“Summer in the City,” The Lovin’ Spoonful (1966). You were either half-dead, on the spike or an Andy Williams devotee if, upon first hearing John Sebastian singing the lyrics “Hot town, summer in the city/Back of my neck getting dirty and gritty,” beads of sweat didn’t roll down your forehead. The phrase “ultimate car song” is overdone, but the Spoonful’s most (maybe only) frenetic song legitimately hits that category. The band was knocked out of contention soon after, when Zally Yanofksy, after a pot bust, was a stoolie for the cops. There was nothing as career-ending as that. Leader Sebastian soldiered on, with some great songs, and a gentle solo performance at Woodstock, but he couldn’t Believe In Magic anymore.

—“Gimme Shelter,” Rolling Stones (1969). Two of my brothers and I listened to “Gimme Shelter” (from Let It Bleed, part of the triumvirate that also included Beggar’s Banquet and Exile on Main St. that represent the Stones’ remarkable run) together after buying the record at Sam Goody’s. As Keith Richards played the famous opening riff, our jaws dropped. The previous year’s “Sympathy for the Devil” was rightly celebrated, as well as “Jigsaw Puzzle,” but nothing had prepared us for single best Stones song. The record was released the day before the disastrous Altamont concert—which some dopes, usually cultural conservatives, say, “ended the 1960s”—but that had no bearing on the song. Aside from the brilliance of including Merry Clayton on vocals, the Stones, as usual, got away with lyrics that no other group could. “Rape, murder, it’s just a shot away.” Jesus. Even though the song is on the soundtrack of almost every film set in the late-60s, and has been a centerpiece of every Stones concert since, the original still doesn’t feel old. It may no longer give me shivers 51 years later, but along with “Like A Rolling Stone” it’s one of the two best songs of that decade.