It's not all cheating, man. 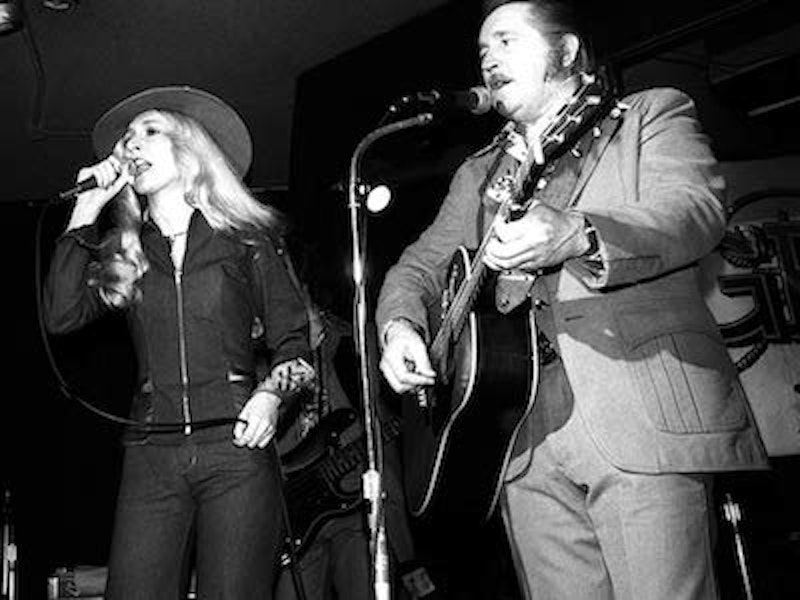 Nobody did more cheating than the Kendalls, and their great country records of the 1970s and 80s are underappreciated. They charted a few times: now most of the stuff isn't even available on iTunes. I spent the early-90s rummaging through record stores trying to find everything they'd ever recorded, and the early 2000s trying to translate the LPs into digital files, complete with pops and skips.

Let's try to dispose of or even enjoy the problem: the Kendalls were a father/daughter duo: Jeannie and Royce, from Missouri. They sang close harmony, with Jeannie always in the lead. If you listen through the catalogue, her great soprano—tuneful and nasal as hell, just the very model of a country singer—was almost always underpinned by his mellow baritone. So far, so charming: it's the sort of family harmony you get in "brother duos" like the Everlys or the Louvins. But here and there in their oeuvre they also sang cheating duets to one another, as on the astounding "Pittsburgh Stealers.” It sounded great, but it made everyone just a little queasy.

Anyway, they invented sub-genres of the country sub-genre of cheating songs. Their breakthrough "Heaven's Just a Sin Away", which hit #1 in 1977, was one of a number of songs that could described as "cheating gospel": songs like "It Don't Feel Like Sinning to Me" and "Cheater's Prayer": "Lead us not into temptation, that's what the Bible reads. But every time we get together, that's exactly where it leads." The lyric content of "Heaven's Just a Sin Away" seems straightforwardly blasphemous, and I'm surprised that Tipper Gore didn't manage to get it banned along with 2 Live Crew.

They're certainly the only group ever to record more than one football-themed cheating song. Indeed, the phrase "football cheating song" nicely crystallizes American culture of the late-20th century. "They call us the Pittsburgh Stealers, stealing happiness and cheating every time we can. We both know the score, but we come back for more. And tonight the Pittsburgh Stealers play again." "She says she's never cheated, at least until tonight," Jeannie warbled on "Dallas Cowboy and a New Orleans Saint." Somehow we escaped without "The San Francisco '69ers." But don't lose track of the fact that the recordings are excellent with many transcendent moments, as on a definitive version of James Carr's cheating soul song "Dark End of the Street" (also covered by Linda Ronstadt). It might not even be posted to YouTube; maybe I'll get to it.

They did record songs on other themes and covered country classics. I first really noticed them on the radio in 1984 when they were on the charts with "Thank God for the Radio"and a beautiful version of the Louvin Brothers' "My Baby's Gone", which is one of my favorite handful of country recordings. As much as anything, Jeannie could sing a sad or beautiful country song as well anyone in her generation. Royce died in 1998, but Jeannie—who did issue a lovely solo album in an acoustic vein in 2003—still sounds great and should be cherished at this point as a Dolly or Emmylou-type classic. And it's not all cheating, man: they left us with "I'll Be Faithful to You". I'm not sure I really trust her, though.

(5) A Dallas Cowboy and a New Orleans Saint

(7) Thank God for the Radio

(17) Curtains in the Window