The Post-Narrative Deconstructivism of Vacation will catalyze the next cinematic movement. 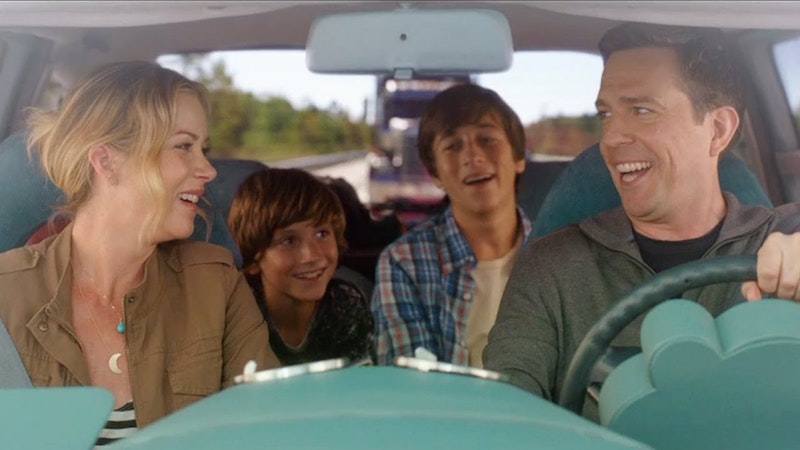 The Academy snubs the subversive. The year’s most innovative films—like Tangerine—are always ignored during awards season, pushed aside in favor of paint-by-number period pieces. Bridge of Spies? Carol? Joy? Boring! What about Dope? It Follows? Beasts of No Nation? The Oscars are pervasively white; they’re also old and predictable. They aren’t irrelevant, though. Best picture winners are immediately canonized: would anyone still care about Argo if it didn’t—bafflingly—win in 2012?

Legacy is hard to establish without an Oscar. That’s why I consider it my duty to promote the best film of 2015: Vacation.

I empathize with Joseph Smith. I’ve seen the visions (12 times), encountered the two personages (Ed Helms and Christina Applegate), and dug up the Golden Plates (from the depths of my Amazon cart). I’ve written the Book of Vacation and I’m still fighting off non-believers. Conversion is a tough business.

I’ve pimped the National Lampoon reboot to my family and friends since I saw it on opening day, July 29, 2015. The film—27 percent fresh on the Tomatometer—was roundly panned by critics, offering unprescient quips like: “Sadly, the resulting film feels every bit like the desperate cash-in it really is.”—Rob Carnevale.

Rob, Vacation isn’t a “cash grab”; it’s Ulysses and The Starry Night and The Seagull and Loveless. It’s unimpeachable, a seamless work of art that you can live in, that you can revisit twice a week and always come away with something new. Twenty years from now, the film industry will look at Vacation as the first example of Post-Narrative Deconstructivism.

Also: “This is a movie in which the foul-mouthed Kevin says he would be 'excited' to learn his older brother has AIDS. He also pulls a plastic bag over his brother's head to asphyxiate him, at least twice, and threatens to shoot his brother with a gun.”—John Beifuss.

And this is a problem! Beifuss is acting like a college sophomore who feels enlightened because he got a B+ in critical theory. Vacation is threatening to him. The film criticizes liberal sensitivity—with extended riffs on “taboo” subjects like pedophilia, Alzheimer’s, and cannibalism—without preaching conservative values. Vacation has no political agenda. Even morality doesn’t exist in the Griswold’s world.

David Edwards has an even bigger stick up his butt: “All in all, it's as funny as a camping trip to Chernobyl with Charles Manson as your tent buddy.”

It’s not the 1950s anymore, so why are we still moralizing? Kids murder people after school with Call of Duty; pornography is increasingly more violent; and Donald Trump could be our next president. Edwards doesn’t understand that Vacation is a mirror: it’s a reflection of contemporary America, of everything we value as consumers.

I will not let Vacation die. Yes, it’s funny—it’s the funniest film I’ve ever seen—but it’s also important. It blends the subversion of Wet Hot American Summer with the social commentary of Kids. Every American needs to see Vacation.