The Deception of Box Office Numbers

There are some significant footnotes. 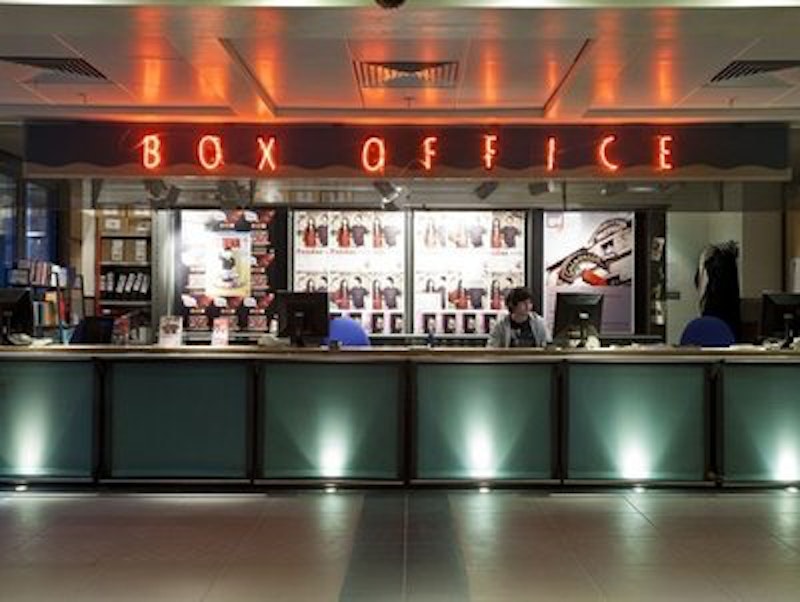 It seems like a simple enough statement. Star Wars: The Force Awakens has the highest-grossing domestic box office total of any film in history. Obviously true. Except it isn’t; not entirely.

Go to Boxofficemojo.com and take a look. Force Awakens has crossed the $900 million mark, over $150 million clear of Avatar at number two all-time. Except… you can click around on that site and find another list of all-time top grossing movies, one adjusted for inflation. And then you get a very different picture.

Boxofficemojo took estimated and recorded admissions, and normalized them to the average 2016 ticket price ($8.70). On this chart, Force Awakens hasn’t cracked the Top 10—at the time I checked, it was sitting $17 million behind Snow White. At the top of this list is Gone With the Wind, which has taken in just over $1.75 billion.

There are some significant footnotes. International take isn’t factored in. More significantly, you’re looking today at a radically different film-going environment from that of Gone With the Wind’s release year of 1939. Back then there was no competition from TV or the Internet. Theaters presented newsreels and shorts as well as the feature. In 2015, Boxofficemojo records that 696 movies were released in North America, drawing a hair over $11 billion at the box office; 1982, the first year for which they have reliable figures, saw 428 releases drawing just under $3.5 billion—something like $8.5 billion adjusted for inflation, leaving out the number of tickets sold. I can’t find figures for 1939.

Wikipedia has a list of the Top 10 films adjusted for inflation, based on the Guinness Book of World Records. I prefer Boxofficemojo’s; the site’s more dedicated to the film industry, and the list is much larger, ranking the top 200 drawing movies. I note the Wikipedia list has most of the same movies as Boxofficemojo, just with different figures and occasionally in a slightly different order.

Either way, you get a sense of how the all-time box office really looks. You can see Titanic, currently sitting fifth overall, is the only movie in the last 30 years to outperform The Force Awakens. The original Star Wars did better than either, solidly in second all-time; it’s over $600 million adjusted dollars ahead of TFA. The Empire Strikes Back is in 13th, a narrow $1.5 million ahead of Ben-Hur, which in turn is $6 million above Avatar, and then Avatar sits a comfortable $28 million ahead of 16th-place Return of the Jedi. Star Wars episodes I, II, and III clock in at places 18, 91, and 63, so The Force Awakens really is the best-performing Star Wars sequel.

I admit to being fascinated by Boxofficemojo’s adjusted list. I think of The Avengers as one of the great box-offices successes of the 21st century; it is, with only three movies released this millennium ahead of it (Force Awakens, Avatar, and Jurassic World), but at 29 it’s over $100 million behind The Sting at 20. Which is not a movie I ever thought of as a box-office colossus. And yet. There it is, and there’s The Graduate at 22, and Grease at 28.

Butch Cassidy and the Sundance Kid did better than Independence Day and the first Spider-Man movie. Thunderball is the most popular Bond film. Tim Burton’s Batman, which set all kinds of box-office records back in 1989, is only 52nd best of all time—right behind Blazing Saddles.

It’s a different way of thinking of box-office success. Almost an alternate world, one in which Terminator 2m Top Gun, Frozen, Guardians of the Galaxy and Toy Story are all outside the Top 100 highest-drawing films. Ahead of all of them at number 100? House of Wax, the 1953 horror movie with Vincent Price. Another world; one that happens to be more true.

Which is part of the point. These numbers aren’t neutral. The fact that we don’t usually hear era-adjusted box office figures is best thought of as a deliberate deception. It’s a little lie that makes things sound better. Movies aren’t drawing more viewers than they used to. But the cult of the box office, the desire to see a new champion, to attend a movie as though it’s an event and not just a story, that has to be fed.

You could say it’s a betrayal of film history, although even for Hollywood that’s a bit melodramatic. But it is an erasure of the past, however small. It’s a bit more fact down the memory hole. And we end up with a false idea of the past, one in which the box office always ascends from triumph to triumph. The truth is that blockbuster tentpole movies really aren’t better performers than movies of years past. The Force Awakens will be lucky to draw as well as Doctor Zhivago. The film industry we think is healthy perhaps isn’t actually much better off now than it used to be.

Do all contemporary movies exaggerate their success? Is there any movie that really is as revolutionary as it looks?

Well, maybe. As of February 22, it looks like Deadpool has drawn $235 million to date—$150 million of that in the first four days of its release, which does legitimately seem to be the best opening weekend ever for an R-rated movie. Given the movie’s positive word-of-mouth, it looks like it could possibly become the best-grossing R-rated movie of all time in raw dollars. I doubt it’ll take the inflation-adjusted crown, which is currently held by The Passion of the Christ, with an adjusted total of $519 million. But if there is a modern triumph, there it is: an R-rated super-hero comedy. Which is, at least, something legitimately new.