The Revenant Is an Empty Technical Achievement

Through a glass darkly. 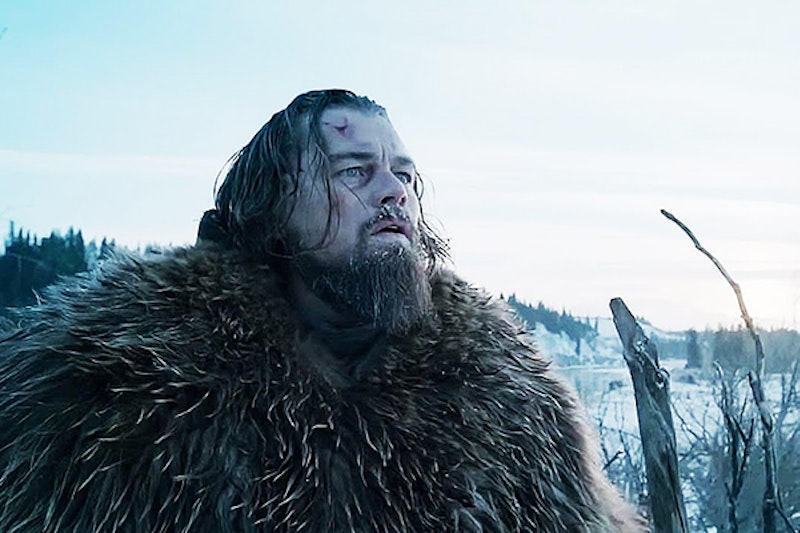 Director Alejandro González Iñárritu had few words for “critics of his ambitious methods” in a story on his latest film The Revenant in The Hollywood Reporter from last July: ”When you see the film, you will see the scale of it. And you will say, ‘Wow.’" All the drama and histrionics surrounding the making of The Revenant—Iñárritu insisted they shoot chronologically, only use natural light, provide no amenities and little shelter for the cast and crew, and move from country to country as the weather changed (the film was shot in Canada, the United States, and Argentina. Filming only concluded four months ago)—does nothing to enhance the film. It’s gorgeously shot, with a thrilling beginning and end, but leaves you with absolutely zero to think about. This is not a heady movie, and I don’t care if 40 crewmembers were fired or quit because of how intense the shoot was—a story in The Hollywood Reporter should not be a required reading before seeing a movie.

For all the insane Bear Grylls-esque survivalism that Leonardo DiCaprio has to go through as Hugh Glass, the story of The Revenant isn’t basic, it’s elemental: Glass is badly mauled by a bear, and his team of frontiersmen decide to leave him with two members of their crew so that he may die a more noble death. Glass’ son Hawk (Forrest Goodluck) also sticks around, but when John Fitzgerald (Tom Hardy) attempts to abandon Glass and take his supplies, he gets into a fight with Hawk and kills him as Glass lies incapacitated but conscious mere feet away. The other young man left with Glass, Jim Bridger (Will Poulter), is horrified but goes along with Fitzgerald’s lie when they meet back up at Fort Kiowa that Glass died of his injuries. Like a mother with super-strength lifting up the car crushing her baby’s stroller, Glass manages to fix his own broken leg, cauterize his hemorrhaging neck, and do his best to cover his back made of mincemeat, with ribs exposed. Whenever he attempts to speak, blood gushes out of his throat. He will not let any of that stop him from finding the man who killed his boy. “I’m not afraid to die anymore. I’ve already done it.”

The middle section of the long film is a slog, and often feels like a Saturday Night Live sketch about actors who will do anything to win an Oscar. I didn’t even realize “Leonardo DiCaprio will never get that Oscar” was a meme until my girlfriend told me yesterday, and in that light, DiCaprio’s eagerness to cut open a horse to sleep inside of, crawling over rocks and rivers and blizzards unable to do anything but moan in agony and croak out his cut open throat, and actually fighting a live bear (yeah right, Iñárritu, that thing was 100% CGI)—it’s all a bit much. The Revenant is a technical exercise: a showcase for cinematography, Herzog-esque behavior from Iñárritu, and actors pushing the limits of their bodies and risking hypothermia… to prove what, exactly? That Leo is a tough cookie? The Revenant is based on a compelling if well-worn story, but in a lot of ways, if you’ve seen the two trailers released ahead of time, you’ve kind of seen the movie… they both heavily feature the first assault on the frontiersmen by hostile Native Americans, and Glass’ subsequent struggles to survive. Pretty and grueling as it is, The Revenant is in no way heady, and I’ll forget about it by February.