Notes From a Script Reader

Whenever I encountered dialogue like, “Man, that’s some bad-ass shit," I knew I was in for a long and painful read. 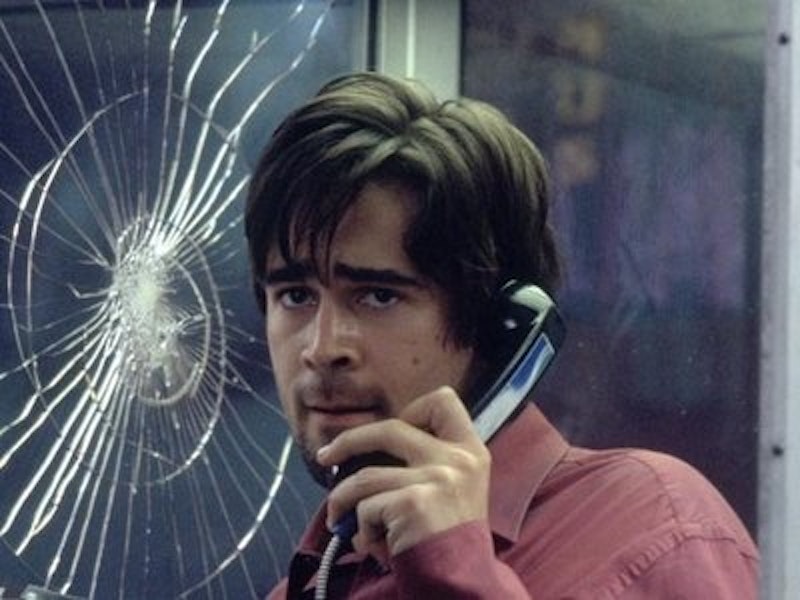 In the late 1980s I was a Hollywood script reader. I worked for the studios, independent producers and anyone who wrote a screenplay and was willing to pay for professional “coverage.” Coverage included a one-sentence log line, a detailed story synopsis, commercial and critical analysis and an overall grade from A-F. I typically read eight-10 scripts per week.

Most of the screenplays were atrocious, devoid of personal style or originality. Those were the days of Lethal Weapon and Die Hard. As a result, I read hundreds of cop thrillers with misunderstood detectives uttering absurd one-liners like, “You should have said please” or “Looks like he ordered his well done.” Whenever I encountered dialogue like, “Man, that’s some bad-ass shit” or “You are one bad mothafuckah,” I knew I was in for a long and painful read.

The worst screenplays were those with mountainous stage directions. I could always tell the amateurs by their inability to set up scenes in a concise and chiseled fashion. Instead of writing “A MAN, 30ish, fit, swims in the OCEAN,” bad scripts opted for something like: It’s a beautiful summer day. The sun glints off the rhythmic waves, the rough surf spilling onto the beach. SEAGULLS soar overhead, dancing in the wind as they search for fish. In the distance, we notice a MUSCULAR MAN furiously propelling through the waves. His strokes are fluid as he glides through the foamy saltwater.

Beginning screenwriters suffered from the same malady. They believed screenplays were literature. They’re not. A screenplay is simply a blueprint for a movie to come (if the writer is lucky). Once the film is completed, the screenplay is most effective as kindling. Only film students and cinema buffs feel differently.

An average screenplay shouldn’t exceed 120 pages. Comedies are shorter while thrillers are longer. Each script page translates roughly to one minute of film time. Producers love 90-100 page scripts since they mean shorter movies and lower production costs. They also translate to an extra showing per day in theaters yielding greater profits.

Though all of this was common knowledge to burgeoning screenwriters, I often came across scripts that were 150-180 pages in length. This made my job more tedious and difficult. I could usually tell by page two if the screenplay showed any promise. Certain devices cued me to amateurism. If the writer included Camera Directions like Zoom In or Pan Left, this was a virtual guarantee the writing would be crap. I’m amazed how many times I encountered lazy character descriptions like Eddie Murphy meets Clint Eastwood or a modern-day James Dean. Once I read a description for a character named Leslie, but there was no indication whether the person was a man or woman. It wasn’t until page 65 when Leslie was shot “in the left breast” that I realized I’d been reading about a lady.

Some scripts were so heinous they defied description. I recall a WWII romance about a female concentration camp prisoner who falls in love with a Nazi prison guard. The story culminates with the pair making love in a crematorium while the female narrator says, “It was the most wonderful night of my life.”

Another script told of two delicatessen owners at war with each other over who had the best pastrami in Los Angeles. Inspired by Romeo & Juliet, a deli owner’s son falls for the daughter of a rival deli owner. Thinking the girl has died, the son eats a poisoned pastrami sandwich and dies. The daughter then kills herself with a butcher knife joining her beloved in death. Had the script been written as a comedy it stood a chance. But as straight dramatic tragedy, Deli Wars was abominable.

Every few months I came across a great script renewing my faith in the craft. One was Phone Booth written by B-Movie legend Larry Cohen (of the It’s Alive franchise). The story depicted a pompous New Yorker who answers a ringing pay phone only to learn the caller knows intimate details about his life. The caller claims to be a sniper with a rifle aimed at the man and proceeds to make bizarre demands. The entire story takes place in the phone booth.

I gave the script an emphatic “A” and compared it favorably to a Hitchcock film. (Years later I met Cohen and he told me he’d unsuccessfully pitched the film to Hitchcock in the early 70s.) The script was optioned but it wasn’t until 2002 that it was made into a disappointing movie starring Colin Farrell.

Certain ideas screamed to be made into a film. Every few months I encountered a script about Nikola Tesla or Jack the Ripper. In one two-month span, I read three scripts with a modern-day Noah’s Ark theme. Extraterrestrial scripts were big as were plots about sorority house massacres and suburban serial killers. (Not much has changed.) By 1991, I estimated I’d read more than 1000 screenplays. I was burnt out and my own writing was suffering. I came to the realization that just because I knew what didn’t work in a script didn’t mean I knew what did.

When a friend casually asked if I was reading any books I realized it had been more than a year since I’d read a novel. Somehow I’d forgotten Rule #1 about scriptwriting. Screenplays are not literature.  I walked away from my life as a script analyst not long after that.