The Power of Room

Read the book, and then see the movie. 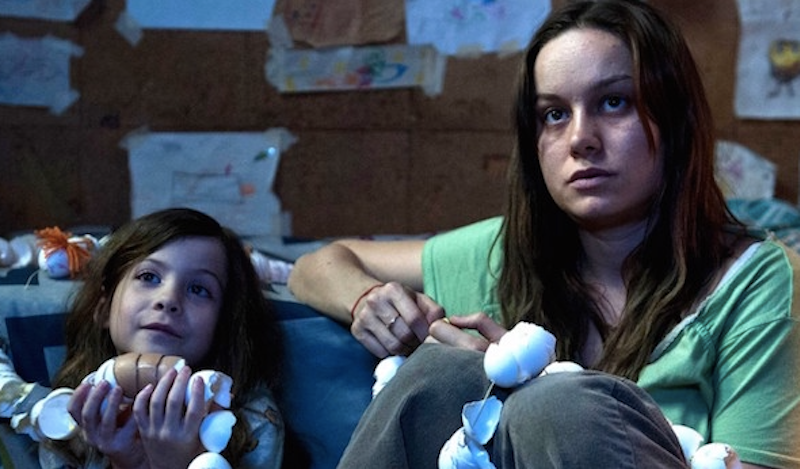 In 2010, I was sent a review copy of the novel Room by Emma Donoghue and wrote about it for a blog I had at the time. I finished it in a day. It’s the story of a five-year-old boy and his mother who are held captive in an 11x11 garden shed by a kidnapper for the entirety of the boy’s life. The kidnapper is the father of the child, and uniquely, the entire book is written from the perspective of the child. “Ma,” as she’s referred to by the boy, Jack, creates a world of fabricated normalcy for the boy, naming everything in his tiny universe, ensuring he exercises, teaching him to read, building a world of imagination to replace the world of their bitter reality. “Room” is what Ma and Jack call their world. She hides her son in “Wardrobe” on the nights when “Old Nick” comes once a week to collect the physical rape-rent and bring the meager supplies to their shanty existence, eventually deciding, after seven years in captivity and learning that her captor has lost his job and cut off the power leaving them freezing, it might be time to try to escape again (a previous escape attempt failed badly).

Donoghue loosely based the novel on the true story of Elisabeth Fritzl, who, imprisoned in a concealed corridor part of a basement by her father, was abused and raped by him for 24 years, resulting in the births of seven children, one of whom died resulting from lack of medical care. When the eldest daughter became seriously ill, Fritzl convinced her father to seek medical attention, leading to the discovery of the imprisonment.

Though I knew it would be tough to translate the narrative of the child's perspective, I was thrilled when the gripping novel was made into a film, when it won at the Toronto Film Festival, and that Brie Larson won Best Actress for her role as Ma recently at the Golden Globes. Last week, when the Academy Awards nominations were announced, Room was nominated for Best Picture, Lenny Abrahamson was nominated as the film’s Director, Larson was nominated for Best Actress, and deservingly, Donoghue was given the nod for Best Adapted Screenplay for her own writing work.

The stars aligned on Thursday, and the indie film Room was showing for exactly one screening here on Maryland’s Eastern Shore. I wasn’t disappointed. Of all the deserving accolades the film has received by Oscar, there is one glaring omission. This little boy, Jack, played by Jacob Tremblay, was, at age nine, as worthy of an acting nod as Damon, DiCaprio or any of the other nominees that will take home the prize on February 28. Tremblay’s performance has been critically acclaimed, earning over 12 recognitions; he's become the youngest nominee ever for a Screen Actors Guild Award for Outstanding Performance by a Male Actor in a Supporting Role (though his role is hardly supporting as the movie's main actor).

For the main part of an entire film to take place inside an 11x11 shed took some doing, hence the Best Directing nomination. Capturing the perspectives of both Ma and Jack both inside and outside Room as well as the dramatic transition between the worlds is achieved seamlessly and with high emotion. Viewers in the packed cinema reacted viscerally; we might think the small family is safe once in the “real” world but there are just as many dangers on the outside as there were inside Room, especially for Ma (a drunk grandfather who won’t look at the child who’s the product of rape, the media implying she’s a bad mother), who finds the depths of depression and the realities of a very different style of motherhood equally terrifying.