Charlie Kaufman’s new film is charming but much simpler than his previous work. 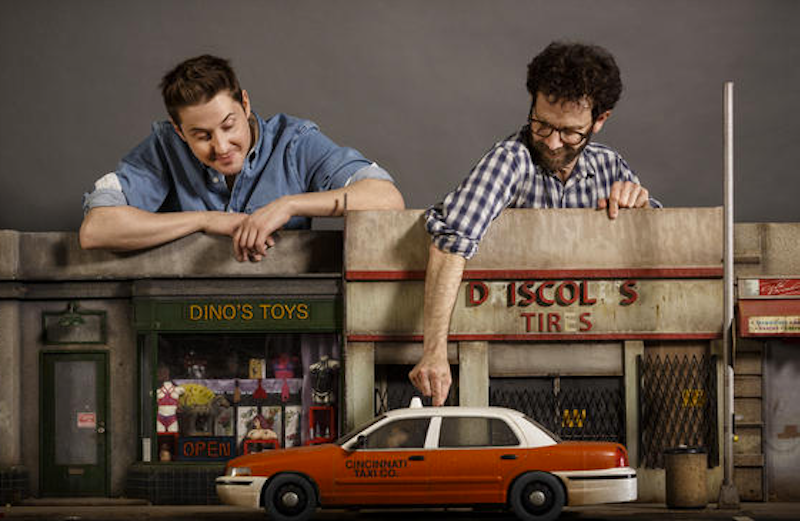 Charlie Kaufman got run through the mill for Synecdoche, New York. By 2008, Kaufman was already one of America’s most respected and successful screenwriters, one of the few known by name in pop culture, Oscar-nominated for Being John Malkovich, Adaptation, and Eternal Sunshine of the Spotless Mind, winning once with Eternal Sunshine. Those movies were weird but accessible enough to get studio financing and wide theatrical releases: Being John Malkovich and Adaptation were funny and Eternal Sunshine was as romantic as it was bleak, and it’s become something of a teenage rite of passage cult movie. Synecdoche, New York slipped in and out of theaters in the fall of 2008, receiving completely polarized reactions. Some people, like Roger Ebert and myself, loved it dearly and were blown away by what was easily the best film of the decade; others, like Rex Reed and the rest of my family, hated it and have never humored me with a second viewing over the years. I see over a hundred movies a year, and almost none of them stick with you. I still think about I’m Still Here, Happiness, Dancer in the Dark, Cloverfield, Heathers, Meeting People is Easy, Blue Velvet, Election, and Buffalo ’66, but that’s about it. Synecdoche I think about almost every day, seven years after I first saw it.

But it’s no surprise that Kaufman had trouble getting anything made after making his directorial debut with a film so punishingly bleak and incredibly complex. It made no money and won no awards. Anomalisa is Kaufman’s first film since Synecdoche, and it’s a much simpler and smaller piece of work than anything he’s done before. There aren’t nearly as many layers to work through, and the story itself is remarkably tight and intimate—Anomalisa is only 90 minutes long, and it’s obvious that Kaufman expanded what originally supposed to be a 40-minute short funded exclusively through Kickstarter. When more money than expected came through, Kaufman and co-director Bruce Johnson decided to make a feature.

Anomalisa was originally a sound-play put on in 2005 featuring the same three actors that appear in the film: David Thewlis as Michael Stone, Jennifer Jason Leigh as Lisa Hesselman, and Tom Noonan as everyone else. You might remember Tom Noonan as Sammy Barnathan in Synecdoche, the tall fellow with the pelican face that follows Philip Seymour Hoffman’s character Caden Cotard around for 20 years and eventually plays Cotard in the outsized play of his and everyone else’s life. In this amazing audition speech, you can see what a great straight man Noonan is, with a smooth monotone that remains unaffected even while delivering lines like “and I want to fuck you until we turn into a Chimera, a mythical beast of penis and vagina eternally fused, two pairs of eyes that look only at each other, and lips ever-touching, and one voice that whispers to itself.”

Like Caden’s Cotard delusion (that he is dying or already dead), Michael Stone stays at the fictional Fregoli Hotel in Cincinnati and suffers from a Fregoli delusion—that everyone else is the same person in a different body. When he finally hears the voice of Lisa passing through the hall, he rushes out of the bathroom, his clothes barely on, and hurries to find her, the one person who has stuck out to him in God knows how many years. The straightforwardness of Anomalisa is its most disappointing characteristic: yes, it’s animated with 3D-printed puppets, and there’s a very realistic sex scene, but it’s not off-putting or oppressively bleak—it’s something grandma can watch and not lose her patience or lunch. The animation style is quite charming actually, and reminds me of Wallace and Gromit in its ability to make plastic and clay puppets more human than most other movies. But just when you think the film is going to take a surreal, meta-fictional turn, when the lower half of Stone’s face falls off as the whole world begs him not to be with Lisa, he awakes from a dream. It was all a dream… in Synecdoche, a dream-like sense of time and place is used to illustrate how quickly life moves as you get older, but there are not dream sequences. The whole film is a fever dream. The fact that the most exciting and confounding sequence in Anomalisa ends up being a simple dream sequence speaks to how little there is to read into the film. Synecdoche requires several viewings to understand at first, and then subsequently two or three viewings a year, but after seeing Anomalisa twice, and looking for hidden jokes and tricks, I think I’ve seen enough. But I hope that with all the good will, award nominations, and relative box office success, it won’t take Charlie Kaufman another seven years to make another brilliant movie.