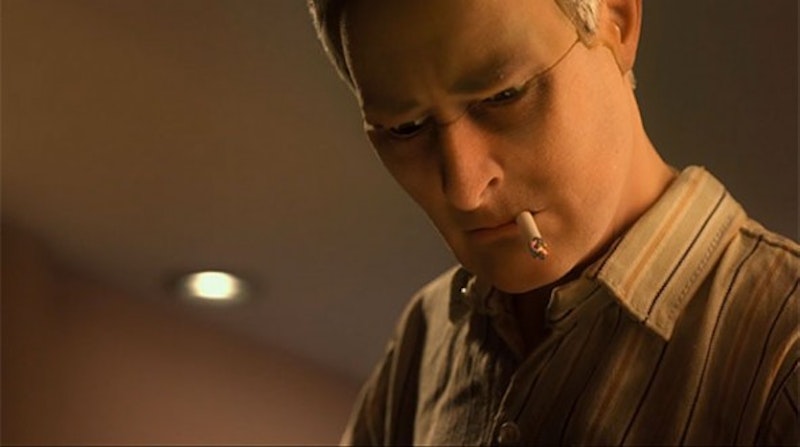 There’s a certain type of existential exhaustion that Charlie Kaufman's characters exude that resonates deeply within my depressed version of self, somewhere near my gallbladder, perhaps. There’s a strange gravity and incredibly detailed artistry in the stop-motion animation of Duke Johnson, who co-directed Kaufman’s latest project, a years-in-the-making masterpiece called Anomalisa. Working off a script Kaufman had written as a sound play for composer Carter Burwell's "Theater of the New Ear" series, the film was shot meticulously in one-sixth scale (each puppet was between 10 and 12 inches tall). Without launching into more specifics of stop-motion, think of it as miniature puppets with very realistic bodies and faces.

The protagonist of the film is Michael Stone, voiced in weary yet mellifluous tones by David Thewlis. Michael is a late middle-aged Brit living in Los Angeles, traveling to Cincinnati to speak at a customer service convention (is this the saddest premise in history?) Thewlis provides the central nervous system of the film until he meets Lisa, voiced by the inimitable Jennifer Jason Leigh. One of the highlights of the film is Leigh’s bittersweet acapella rendition of a certain Cyndi Lauper hit. Tom Noonan’s voice carries through each of the other intentionally non-descript characters, which creates a kind of monotonous cacophony around the action. The effect of this gently irritating cacophony is remarkable. The impersonal and polite sterility of hotels is made maddeningly palpable. Life on the road is an experience in routines. Airports, taxis, hotels, bell hops, magnetic card keys that work irregularly, and room service. In other words, the predictability of these routines creates the inevitable sense of sameness and sadness.

Anomalisa is a play, disguised as an animated film. We’re accustomed to seeing animation in a way that is supposed to uplift our spirits, takes us away from reality, or allows for impossible universes. We’re used to animation made for children. The rare animated film made for adults, like Scorsese's Hugo, has to be uplifting, as well as visually surprising. The average adult movie-goer does not have the imaginative capacity of a child, and unfortunately, needs uplifting. Sadly, life's responsibilities and soul-crushing indignities have long beaten the whimsy out of most cinema-visiting adults. For that rare grown-up who has a fully-functioning and active imagination, but prefers it filtered through a sardonic lens, Kaufman exists. For the creative human who explores our daily disconnections and humanity's frayed edges, Anomalisa will resonate. For those with an innate ear for language and music, Anomalisa will be beautiful.