The Problem With Remakes

Why do we say too soon? 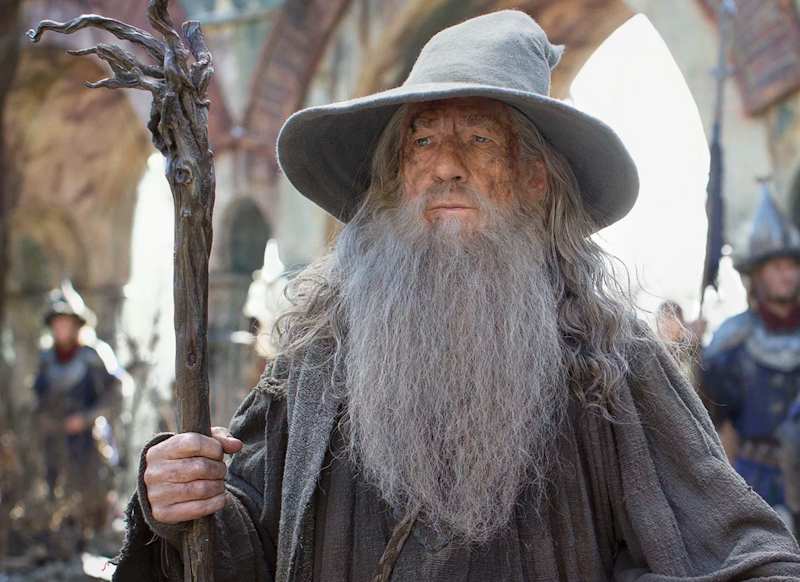 I was a little surprised in early November when word broke that Amazon was going to make an adaptation of Lord of the Rings. Not so much surprised by the news itself, but by the reaction of a lot of people in the fantasy-fiction field. One might’ve thought they’d welcome the news. Instead there was grumbling: a sentiment that it was too early for a remake. I didn’t understand that.

Before long an update clarified that Amazon was planning a prequel TV series, and the grumbling was somewhat mitigated (though many people still would’ve liked to have seen a lavish Amazon adaptation of a fantasy novel by a woman or a person of color instead). Still, I wondered: if the project had been a full remake, would it really have been too soon? Fellowship of the Ring came out in 2001, 17 years ago. The last Hobbit movie came out in 2014, but I’ve not heard of anyone who thinks it was such a success that it couldn’t have been done better. Why wait? Why not now? What is too soon for a remake, anyway?

It’s hard to distinguish between “too soon” and “shouldn’t be remade.” It’s not that it’s too soon for Hollywood to remake, as it’s currently planning, Dario Argento’s 1977 psychedelic horror fairy-tale Suspiria. You just wonder what the point is; what’s a new version going to bring, how will it be better than the original, what will it add—but all these questions are different reactions from no, too soon. It’s been 40 years since Suspiria came out. Add another 40, and it’ll be neither a better idea to remake it nor a worse one.

So again, how soon is too soon? I looked at two lists of upcoming remakes, one from IMDB and one published by Denofgeek.com last November. True remakes of recent films were relatively rare. More precisely, remakes of films less than 20 years old usually fit one of four camps. First, reboots of film franchises—a new Highlander, a remake of Escape From New York, a Stargate reboot. Second, and closely related, are new adaptations of some non-film source, which itself may have spawned a franchise that included one or more films. So Hellboy gets a new adaptation, Starship Troopers too, and also League of Extraordinary Gentlemen. Franchise properties getting remade include things like Dungeons & Dragons, Tomb Raider, and Charlie’s Angels.

Are these true remakes? They’re intellectual properties with value and name recognition; they feel less like remakes and more like inevitabilities. The original film isn’t being remade, as such, or not necessarily. More likely a new story’s being told using some ideas or plot elements we’ve already seen on film.

Still, seeing plans are afoot for a new version of Nightmare on Elm Street, less than a decade after the last remake in 2010, it’s hard not to feel surprise. Not outrage, though. The 2010 Nightmare came and went, and I’ve never been taken with the original series. It’s not too soon, because I don’t care about the older versions. I’d like to think a horror movie about a monster that kills people in dreams could work.

But hold that thought for the moment. The third kind of remakes I noticed were American versions of foreign films: there are plans for Hollywood takes on Sympathy For Mr. Vengeance, Battle Royale, and a live-action Akira, as well as this summer’s live-action Battle Angel Alita. I’m not sure about the wisdom of any of these, but it’s true that a filmmaker from one culture can bring something new to a story created in another.

A few years ago I saw a Venezuelan magical-realist horror film called The House at the End of Time (La casa del fin de los tiempos); last year I saw its Korean remake, House of the Disappeared (original title, transliterated into Roman characters: Si-gan-wi-ui jib). The new version worked surprisingly well. Cultural references were translated, equivalences were found, and the contrast was intriguing. (New Line Cinema has the rights to do a North American remake of The House at the End of Time; I don’t know where they’re at with it.) And the second film was made only four years after the original. Remakes across cultures, to me, don’t feel as though they come too soon. They may be bad ideas for other reasons. But they almost by necessity bring something new to the story.

On to the fourth kind of remake I found: what you might call a true remake. A film that came out at some point in the past that’s being reimagined or retold, like last year’s Jumanji. A lot of movies from the 1980s are being remade, and a few, like Jumanji from the 1990s. I couldn’t find any remakes of stand-alone films from the last 15 years, though, unless you count a new Mortal Kombat movie. I don’t have a problem with any of that, though I note that Googling “too soon for remake” finds me two articles from 2012 wondering if that year’s Total Recall remake, after only 22 years, came too soon. It’s hard to see why they were wondering, back then. The original didn’t strike me as a deathless classic that couldn’t be improved. Why not remake it? Especially after more than two decades?

It’s true that whether a remake feels like it’s too soon is partly determined by how good the original version was. And yet, those foreign remakes are a counter. Was The Magnificent Seven made too soon after The Seven Samurai? The latter’s one of the greatest films ever made, while the former came along only six years after. But it made things different, changing the setting and characters.

That’s why remakes of films from other countries work: they change things by changing the setting. Change setting and you change character, change tone. And that’s linked to what makes any remake at all work: it’s found a new angle on the story, brought something new to the table. Which is why I’m not eager to see the Suspiria remake, but why I don’t mind another Nightmare on Elm Street. Maybe this time they’ll bring a new ingredient that makes the thing click.

I suspect it’s possible to wait too long. Remakes are planned for Death Wish and WarGames, both in different ways movies of their times. You’d have to change either one radically to work in the present historical moment, to the point where you may just be making a different movie. Consider a planned Blue Thunder remake that swaps out the high-tech helicopter of the original for a high-tech drone. It might work. But will you be able to get away with the military conspiracy of the original story nowadays?

Then again, maybe that’s the benefit of remaking movies that seem tied to their era: you have to find something to make them work at all. That new angle is what matters, though, not the passage of time. Get your angle and it doesn’t matter how recent the movie was. The Maltese Falcon was adapted for the screen in 1931, then in 1936 as a comedy called Satan Met a Lady, then finally in 1941 with Humphrey Bogart and Mary Astor. At which point it became nearly unremakeable: how do you find a new angle on a film that’s very nearly a perfect version of itself?

Getting back to the example I started with: I don’t think Peter Jackson’s Lord of the Rings is the only possible film version of the books. There’s a lot to the story Jackson didn’t deal with. If Sherlock Holmes, according to the Guinness Book of World Records the most-portrayed character in film history, can in the space of a few years have two different TV series, a Guy Ritchie film series, and Ian McKellen’s stand-alone Mister Holmes, then why not another Lord of the Rings? Frankenstein is an evergreen story that keeps getting remade or retold or rebooted on film, despite or because of the long shadow of the Boris Karloff incarnation of the Monster.

No one bats an eye at another Holmes or Frankenstein remake. Perhaps these stories are old enough that any modern version is by definition new: like adapting a story from a different land, adapting one from a different era means bringing a different cultural background. If so, then sooner or later The Lord of the Rings will reach that state. I’m torn between hoping I live to see it, and weariness at the prospect the hit-and-miss remakes that will ensue. In the meanwhile, I suppose I’ll have the Amazon series, for better or worse.