Director Ryan Coogler is a creative genius. A 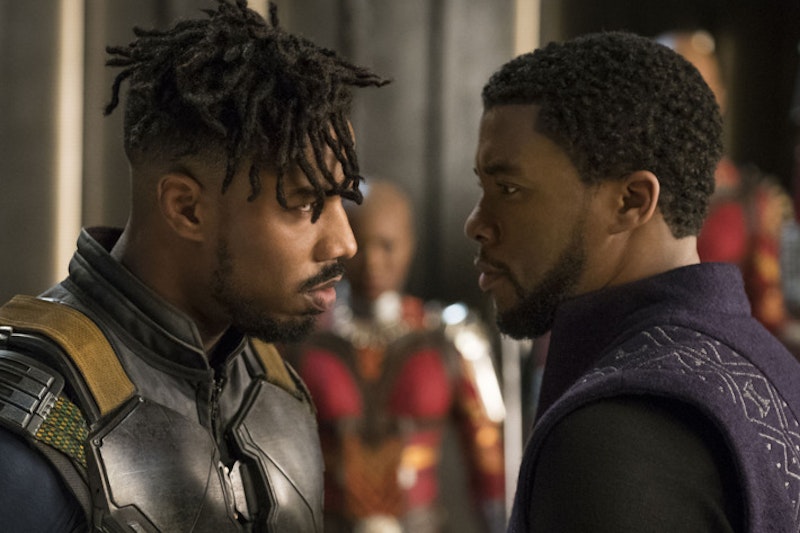 With Black Panther, director Ryan Coogler does something similar to his last film, the 2015 Rocky spinoff Creed: Rather than merely make a better-than-average version of a typical Marvel entry, he’s transcended the form and made a whole other kind of great movie.

Black Panther, while part of the Marvel universe and featuring a character introduced on screen two years ago on Captain America: Civil War, looks and feels different from all of the other MCU films—and not only because of the nearly all-black cast, played by some of the most talented young performers working today. In short, it’s a total triumph; right up there with the first Iron Man and the first Avengers as the best films in the MCU series.

The film re-introduces T'Challa (Chadwick Boseman), a prince and heir to the throne of Wakanda, a fictional African nation that’s developed an advanced society thanks in part to a secretive natural resource called vibranium. T’Challa is both superhero and king, and upon assuming the throne he’s soon fighting a scheme to steal both the crown and the vibranium, by a bounty hunter (played a snarling Andy Serkis) who’s working for Erik Stevens (Michael B. Jordan), who has a secret backstory.

More than anything else, Black Panther is a feat of world-building, on the part of Coogler, cinematographer Rachel Morrison, production designer Hannah Beachler and the rest of the team. Wakanda is rendered so beautifully, and so creatively, although the sequence shot In Busan, South Korea isn’t far behind. Beyond that? The gadgets here are incredible—some of the most creative and inventive stuff you’ve ever seen.

It also helps that Black Panther avoids the mistakes of modern-day superhero movies. The action, for the most part, is clear and concise. It juggles a large cast of characters without any difficulty. The third act contains neither a giant energy-sucking thing in the sky nor a rickety collapsing structure. And the story never stops dead in its tracks to preview the next movie.

Boseman is commanding in the starring role. He’s best known for playing a succession of famous black American icons in biopics—Jackie Robinson, James Brown, Thurgood Marshall—but makes good on the chance to play a character of his own. He meets his match in Jordan, the star of Coogler’s two previous films and quite simply the best villain in any modern-era superhero film. Rather than a fiery, CGI’d alien or whatever that thing in Justice League was supposed to be, Jordan’s Erik Stevens is an actual human being, with a compelling motivation, who’s played by a very good actor.

Also shining is Lupita N’yongo as soldier Nakia, who gets to figure in the action rather than serve as a mere love interest; it’s by far N’yongo’s most formidable role since her Oscar for 12 Years a Slave in 2013. But the real find is Letitia Wright as Shuri, T’Challa’s sister who’s both warrior and tech expert, playing Q in the stock gadget introduction scene.

And that’s to say nothing of Angela Bassett, Forrest Whitaker, and Walking Dead actress Danai Gurira. Even Daniel Kaluuya, the star of last year’s great Get Out, is on board, in a very different role.

Black Panther is not the first black superhero, as a couple of dozen media outlets have erroneously stated, as if there hadn’t been three different Blade movies. Nor is the hero “African-American” (he’s African). But nevertheless, it feels like something different.

The best thing I can say about Black Panther is that it makes me question some of my closely-held opinions about film culture today. I’ve been saying for a while that there are too many superhero movies, that we’d be better off with two or three a year instead of seven or eight, and that the form was running out of original ideas. I’ve also criticized the film culture tendency that when a young, talented director makes a superb feature or two, the natural speculation is, “That filmmaker should make a Marvel/Star Wars movie next!” But in the case of Coogler, as well as Thor: Ragnorak director Taika Waititi, the last two Marvel films have perfectly realized the visions of young, creative geniuses.