Film Review: A Futile and Stupid Gesture an Unlikely Gem

A behind-the-scenes look at The National Lampoon. B+ 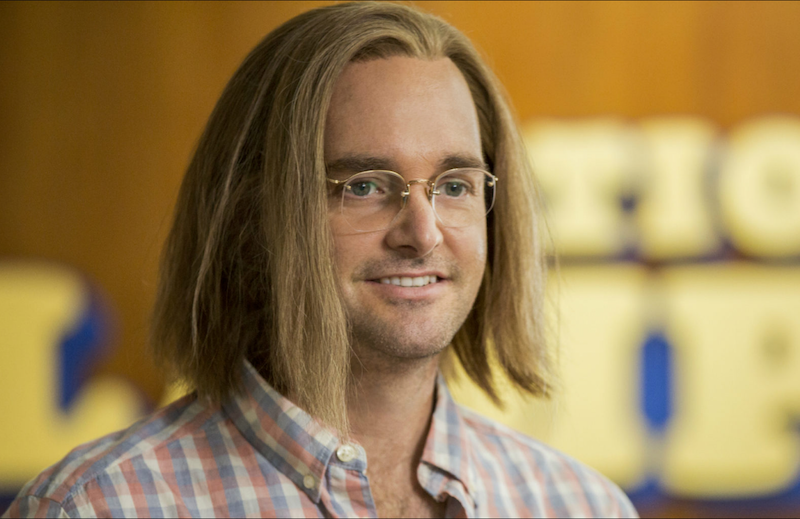 In recent years, there’ve been a lot of films, TV shows, and podcasts dedicated to depicting the inner lives, conflicts, and torments of comedians. At this point, it’s a played-out subject.

So it’s something of a surprise that a new film that tells the behind-the-scenes story of The National Lampoon and its doomed founder, Doug Kenney, is as winning as it is. The film, which debuted on Netflix last weekend, is an alternately funny and poignant rampage through National Lampoon history, as well as the productions of the two classic comedy films—Animal House and Caddyshack—that Kenney had a hand in writing, prior to his death in 1980.

It can’t be said that Wain’s film avoids biopic clichés—in fact, it practically waddles in them, up to and including tropes like everything going off the rails the moment cocaine makes its first appearance. But it’s such a fun ride that I didn’t mind.

It also helps that the script tosses in lots of off-kilter narration and fourth-wall breaking, which works surprisingly well. There’s the device of seventysomething Martin Mull narrating the action as an older/afterlife version of Kenney, who died at age 33 (even Will Forte is 47). A lot of biopics take liberties with facts; A Futile and Stupid Gesture does a mid-film scroll that specifically lists all of those liberties.

Forte stars as Kenney, a middle-class kid from Ohio and something of an outcast among the rich kids at the Harvard Lampoon of the late-1960s. With nothing to do after graduation, he and partner Henry Beard (an almost unrecognizable Domhnall Gleason) set off to New York to create the Lampoon magazine, which soon grew into a radio show, live show, and the movies.

Part of the fun is the familiar faces from the past, played by familiar faces from the present. Jon Daly does Bill Murray, and with Nelson Franklin as P.J O’Rourke. Joel McHale does an eerie impression of his former Community co-star Chevy Chase. And I could watch whole separate movies featuring Matt Lucas’ Tony Hendra and Thomas Lennon’s take on Michael O'Donoghue.

It starts, though, with Forte, a performer whose work I’ve never been a fan of, even in his Saturday Night Live days. But he’s just right here as Kenney; he even gets a chance to tell off a 1970s version of his old boss Lorne Michaels, after Lorne brought most of the Lampoon team, but not Kenney, into the original company of SNL.

Bilal: A New Breed of Hero a Unique Animated Film. B-

Bilal: A New Breed of Hero is a lush, impressive animated film, from an unlikely corner of the world, about a story not likely known to most Western audiences.

Directed by Khurram H. Alavi and Ayman Jamal and the first film released by the new Dubai-based studio Barajoun Entertainment, Bilal is based on the life of Bilal ibn Rabah, a hero of early Islam and a slave who was freed and became one of the first allies of the Prophet Muhammad in the seventh century.

A sort of English-language Arab world answer to The Prince of Egypt, Bilal at different times resembles aspects of a sword-and-sandal epic, a Lord of the Rings-type adventure, or even Game of Thrones, as one villain character, Safwan (Mick Wingert), is essentially King Joffrey. But the visual style, most notably the designs of the characters, is highly unique.

The film sands down references to Islam and even so, audiences unfamiliar with the Bilal story may find it difficult to follow. Bilal gets credit for looking completely different from any other movie you might see this season.