The Haunting of Hill House Gets a Lot Right

The show understands how to get at horror in the same way the book does. 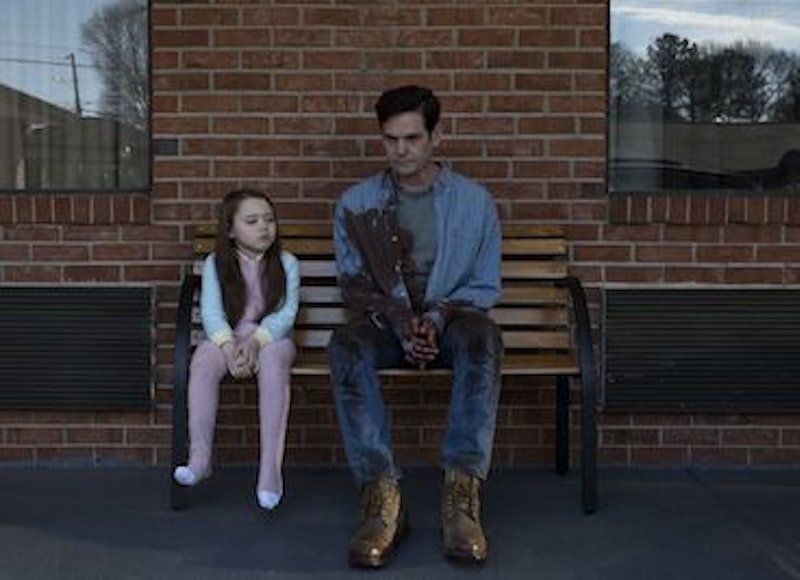 It’s an inspired match of creators and subject: horror auteur Mike Flanagan reworking Shirley Jackson’s classic novel The Haunting of Hill House into a 10-part Netflix TV series. Flanagan’s known for directing horror films with heart, dark fairy tales that don’t shy away from scares and bleak endings. I haven’t always been convinced by his work—his Oculus struck me as leaving too much undefined to be scary or dramatic, while Before I Wake put its character ideas ahead of commitment to its genre. But early reviews of Flanagan’s take on Hill House were almost uniformly positive, and in a number of cases raves. I was intrigued.

The 10-episode story’s a very free adaptation of Jackson’s story about a group of ghost-breakers trying to find proof of the supernatural. Here we have a family—in keeping with Flanagan’s favored themes—consisting of a mother, father, and five children, most of them named for the characters in the book. The story unfolds in both present and past: in the past, Hugh and Olivia Crain (Henry Thomas and Carla Gugino) have bought Hill House to renovate and flip it. We know that things go wrong, and in the present-day storyline we follow their adult children, broken and scarred by their time in the house. What exactly will happen to the family in the past we don’t know, at first; only that Olivia dies on the last terrible night the family spends in the house. In the present, the youngest daughter, Nell (Victoria Pedretti), finds herself pulled back to the site of her death, and this triggers a series of events that ends up entangling the Crain family again with the sinister entities of Hill House.

The core story of The Haunting of Hill House was created by Flanagan, who ran the show alongside Meredith Averill. He also directed every episode, giving it a coherent visual identity; and he wrote three episodes, including the first and last, while co-writing a fourth. (Averill wrote two of the others.) This is about as much of a single creator’s vision as you’re likely to find in a TV show.

And you can see at once that Flanagan’s Haunting gets a lot right. The cinematography’s excellent; this doesn’t feel like a TV show. The house feels like a real place, with its unexpected stained-glass windows and galleries of statues and host of subtle details; yet at the same time it feels like a place that’s more real than mere reality, with its nuanced lighting and richly imaginative sets. Flanagan’s a technically skillful director with a good eye and a strong sense of how to present architecture, how to invest place and colour with emotion. He moves his camera around with an equally strong sense of what has to be seen when, and knows when stillness is more powerful than movement. His editing rhythm’s subtly excellent, cutting to maximize eeriness without falling into typical horror-movie pacing. Most notable is the show’s bravura sixth episode, which boasts one visible cut in the first 40 minutes or so.

The technique’s exquisite, but the show works because the narrative construction’s equally well-worked. Individual scenes are compelling, the characters given dramatically interesting conflicts and choices. Flanagan’s not afraid to let his camera stay on a single character delivering a powerful monologue, a trust in his actors that pays off again and again.

The movement between (and within) the two time-frames is well-handled, too. Flanagan’s judgment is flawless in assessing what the audience knows, what it wants to know, what it needs to know, and when it needs to know it. He’s not afraid to show the same scene from different perspectives, and if this does slow the story down in the first half, on the whole this is one of the rare Netflix shows which uses its running time well. (Consider as a contrast the second season of Castlevania, also released in October, in which the protagonists spend the first six out of eight episodes taking a trip to the library.)

The craft of Hill House is superb. Thematically, though, it’s a little less sharp. It does have ideas, about family and about the passage of time, and uses its genre framework well to bring out those ideas. The problem is that the approach to family feels too much like a mainstream Hollywood production. It’s not that the characters are flawless—if anything some of them have been given too-obvious flaws—so much as that the resolution is too easy. I wouldn’t call it saccharine, but it lacks the novel’s hardness and ultimate sense of horror.

The show opens the first episode with lines from the beginning of the book: “Silence lay steadily against the wood and stone of Hill House, and whatever walked there, walked alone.” But the ending of the last episode returns to the lines and rewrites them: “And those who walk there, walk together.” You can see, after 10 episodes, why the change was made; but I think the show’s shied away from something in Jackson’s vision.

Otherwise, the dialogue’s fine, if occasionally overwritten. It’s delivered well, and the actors in the different eras do a good job of making the young and old versions of their characters feel like the same people.

As an adaptation, the show adds up to an interesting spin on the source material. It’s true that the Hill House of the show lacks the brooding insanity specified in the novel—but then understanding of mental illness has developed considerably in the decades since the book was published. And the tension between insanity and the supernatural is still present, indeed still a major theme.

Crucially, the show understands how to get at horror in the same way the book does. It builds carefully, sometimes to an anticlimax and sometimes to a sustained scene of terror. There’s little gore, and only one real jump scare. Instead there’s a well-constructed sense of fear. As a result it’s satisfying not just as a story, but as a horror story.

The chronology locates it on Halloween of 2018, but it’s atmospheric enough not to require an October viewing. In fact, notwithstanding that slight slackening of thematic tension toward the end, it’s a major success. The structure of a Netflix drama is used to good effect here; not only does the pacing work, but the subtle interconnections of the show become clearer if you binge it all at once. It feels like a 10-hour movie with scheduled intermissions, and in that sense is one of the best horror movies I’ve seen in ages.