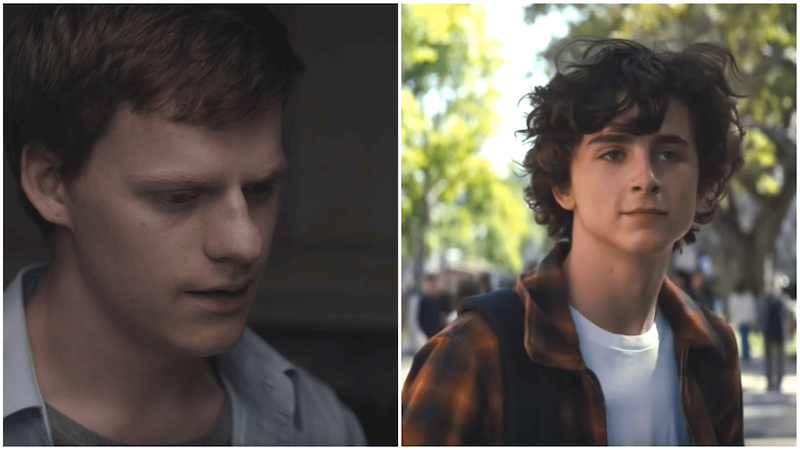 When I went to see a showing of Boy Erased, the new film written and directed by Joel Edgerton based on Garrard Conley’s memoir of the same name about his experience in an Arkansas “gay conversion therapy” camp, whoever was up in the booth started showing Beautiful Boy instead. This was a reasonably packed matinee, a lot of confused senior citizens getting up and going to the lobby: “I saw this movie two weeks ago.” So did I! It sucked. But Steve Carell earnestly confessing his son’s drug addiction while people are walking out and yelling and murmuring and clapping at a cut to black that wasn’t the movie ending, just the beginning of the opening credits.

I think Matt Zoller-Seitz is right about Steve Carell being forever shadowed by his performance as Michael Scott in The Office, because as earnest and cloyingly earnest Beautiful Boy is, it’s all still so goofy—you look at him, you see The 40-Year-Old Virgin, you see the buffoon boss from The Office, and maybe some of you see an “Even Stevphen” segment coming up.

The levity of Carell’s surprise appearance lifted quickly into Boy Erased, which is less solipsistic than Beautiful Boy but just as joyless, another movie designed simply for catharsis for people who have been through similar traumas, whether it’s drug addiction or being gay in a deep red state like Arkansas. I’m sure these movies are quality balm for survivors of both, and as Zoller-Seitz pointed out, there were family members crying and embracing in the lobby after the screening of Beautiful Boy he saw in Cincinnati.

But both fail to rise above the depth of an after-school special, or a photographed memoir. Message movies like these are limited in scope and don’t belong in art house theaters, especially in November. Beautiful Boy and Boy Erased leave an objective viewer with nothing to chew on, and all the loose ends are tied up in the closing title cards, where we see photos of the real people the movie was based on, and updates about their lives now. Good dramas have many messages, they contain multitudes, and the best movies are able to address topical subject matter without being chained to its practical circumstances, as both of these memoir adaptations are.

A strange thing these two movies have in common: their structural and pacing issues. For no apparent reason, events play out non-linearly with little to no indication, skipping around timelines and killing most of their narrative momentum. This is a much bigger problem in Beautiful Boy, which zig-zags around so much in time after a certain point you can’t tell if Timothee Chalamet’s character is on his second or third relapse, or if he’s started shooting up yet.

This jumping around in time is a constant in Beautiful Boy, but the inexplicable rearranging of two key events in Boy Erased are more damaging to that film’s coherence. Lucas Hedges’ character has been sent to a gay conversion camp by his homophobic God-fearing parents (played by Russell Crowe, who really “leaned in” to gaining all that extra weight so he could appear none more attractive than the actual man he was portraying; and Nicole Kidman, who turns in another solid performance as a repressed ice-queen), and you guessed it, it’s inhumane in there. I had flashbacks to Steven Soderbergh’s overlooked iPhone horror movie Unsane that came out earlier this year: Hedges’ character is taken into a facility that his parents can’t enter, he’s not allowed to talk about it with them, and they confiscate all of his stuff.

After this intro, we’re suddenly thrown back to a graphic rape scene at college before Hedges’ character ever entered the camp. The jump in time isn’t made clear, and throughout the sequence I thought we were still in the conversion camp, despite the fact that they’d never allow two boys to room together. It’s a brutal scene, and a major risk: the air went out of the theater and I thought there might be some walkouts. But we move so quickly back to the “present” that there’s no time to breathe or process. It’s an extremely delicate scene that hinges entirely on its place in the movie. As is, it’s so disconnected from the rest of the narrative that it almost comes off as gratuitous.

Boy Erased and Beautiful Boy also inexplicably rely on schmaltzy string cues in their scores, as if hardcore drug addiction and homophobic violence aren’t harrowing and dramatic enough on their own. These movies are only flawed in context: they don’t belong in art houses. Catharsis and validation may come to people who’ve experienced the hell these movies depict, but for everyone else, they’re just bad news, and leave no room for interpretation.